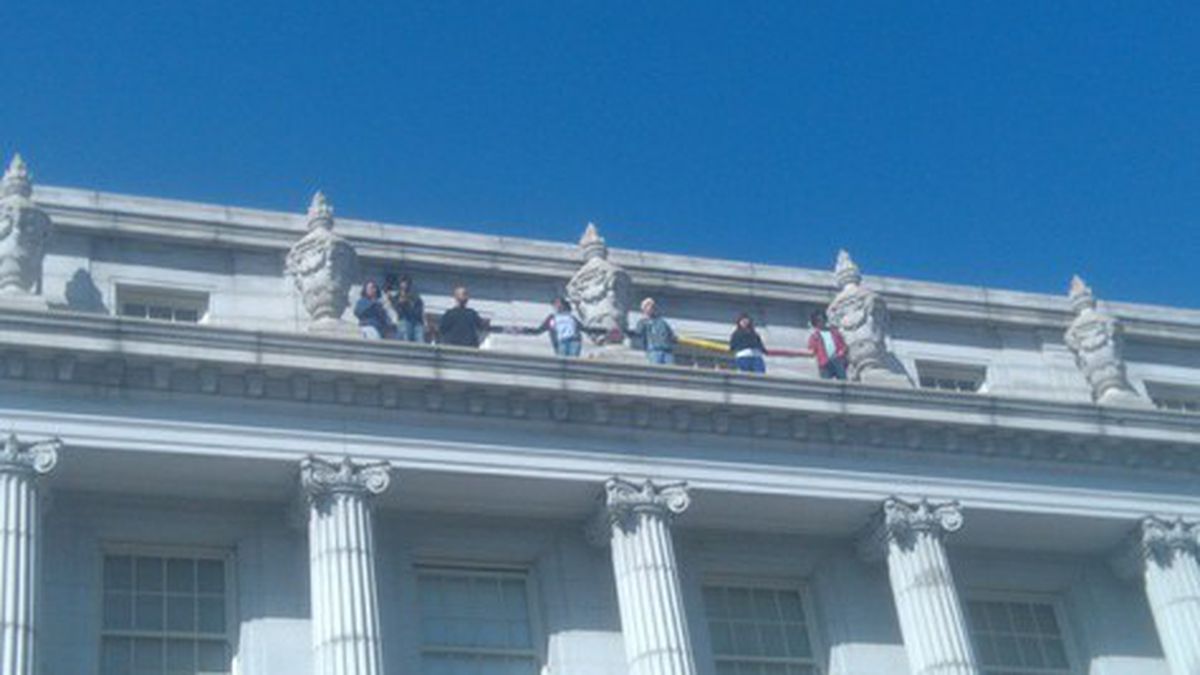 Looks like protests at Cal are heating up again after 17 students were arrested last night at Wheeler Hall. According to the Daily Cal, a small group of people are currently on the top of the building, making demands into a megaphone, and a crowd of about 300 people has amassed below them. The protesters’ four demands, twoth the Daily Cal about half an hour ago, are that the university “retract 32% fee increases, more democratic UC leadership, drop student conduct charges, [and] end Operational excellence,” the University’s recent cost-cutting reorganization effort. At least seven cops have entered the building, according again to the Daily Cal.

Update, 3:27: There are apparently now six protesters chained together on the roof. KTVU’s got some pretty gnarly footage here. 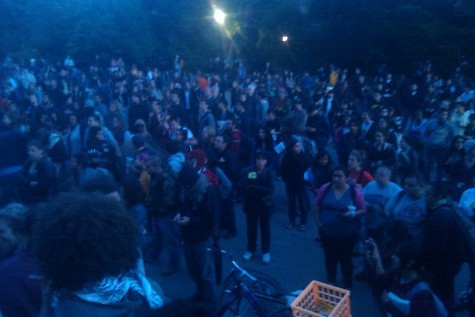 Update, 6:55: They’re still up there! Per the Daily Cal’s twitter feed: The eight remaining protesters are apparently pledging to stay atop the building until given a chance to negotiate with Chancellor Robert Birgeneau. Wheeler hall has been evacuated and a crowd of about 300 is outside. Police in riot gear are attempting to clear the steps.
Facebook
Twitter
Previous articleBerkeley Cracks Down on…Chair Massages?
Next articleUpdate on the Oaks Card Club: 15 Indicted on Charges of Drug Dealing, Loan Sharking, and Racketeering
18,632FansLike
0FollowersFollow
67,429FollowersFollow