1) Heartbreaking news from the folks behind Pi Dan Noodle House (412 22nd St.), the Taiwanese noodle house that was planned for Uptown Oakland: A little over two weeks ago, just a month before Pi Dan was scheduled to open, Allison Chen, the restaurant’s 28-year-old owner, died unexpectedly. Now, her boyfriend, Jameson Tyler, and business partners have launched a $75,000 crowdfunding campaign to try to keep Chen’s dream of bringing Taiwanese beef noodle soup to Oakland alive.

William Lo, who now heads the restaurant’s management team, told What the Fork that the restaurant needs closer to $150,000 in order to open, most of which will go toward completing construction (based on a modern design by the same firm that designed Sightglass Coffee and The Mill) and purchasing equipment and custom furniture. He’s seeking larger-scale investors to help cover the rest of that sum. Pi Dan Noodle House’s new target opening date is June 1. 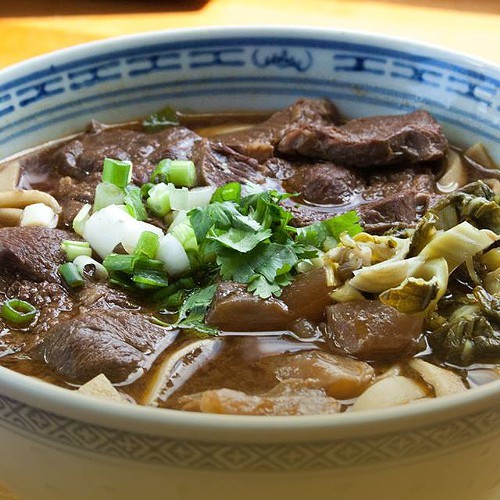 As previously reported, the restaurant’s concept is authentic Taiwanese and regional Chinese flavors, served in a clean, modern setting. As for the name, pi dan refers to a kind of Chinese preserved egg (popularly known as the “thousand-year-old egg”), which will be featured on the menu in the form of a classic pi dan and tofu cold appetizer. But the restaurant’s name will also serve as a memorial to its founder: Pi dan, a homonym for “troublemaker,” was Chen’s nickname growing up.

UPDATE: After netting over $20,000 in contributions, Pi Dan’s management team abruptly canceled the campaign over the weekend, citing disapproval from Chen’s family. For now, it looks like they’ve pulled the plug on the project altogether.

2) After closing recently for remodeling and the launch of a new concept, the Berkeley comfort-food restaurant Next Door (3290 Adeline St.) is now officially closed. Berkeleyside Nosh reports that it has been replaced by 44 Restaurant and Bar, a New American restaurant that moved from a smaller location in Hercules.

3) It looks like Sanctuary Bistro, the vegan fine-dining restaurant that What the Fork previewed back in December, has found a home in Berkeley — at 1019 Camelia Street, the current site of Sushi Banzai (whose chef is retiring in the next month or two, according to Berkeleyside Nosh). We’ve reached out to Sanctuary Bistro’s chef-owner, Barry Horton, for details about the timeframe for the new restaurant. Stay tuned.

4) After a recent stint as the day-to-day chef at Penrose, starting in May, chef-restaurateur Charlie Hallowell will once again take over the kitchen at his Temescal flagship, Pizzaiolo (5008 Telegraph Ave., Oakland), The Chronicle reports. The move will give Pizzaiolo chef de cuisine Julya Shin and sous chef Ben Harris the opportunity to take a rare vacation. 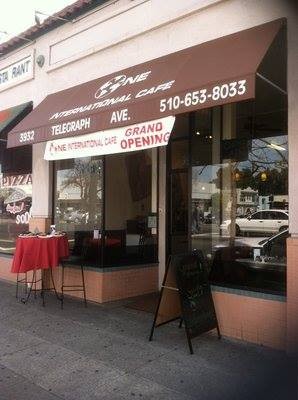 5) <a href="http://eastbaydish.com/?p=3280
“>East Bay Dish has the scoop on One International Cafe (3923 Telegraph Ave., Oakland — the short-lived Keren Cafe location), a globally-inspired breakfast-and-lunch spot whose ownership team includes a Filipino, an Eritrean, and an American, and whose food spans those three culinary traditions.

6) Diablo Magazine spoke to chef Romney Steele about her new cookbook, Plum Gorgeous. Steele told What the Fork that The Cook and Her Farmer, her new oyster bar and restaurant coming to Old Oakland’s Swan’s Marketplace, will have its soft opening in just a few weeks. In the meantime, the restaurant will host two Monday night family-style “Table Raising” dinners ($100) that will help pay for a custom-built wooden community table. Check the Cook and Her Farmer website for specific dates and to sign up.

7) Want to open a butcher shop? On Thursday, March 27, Oakland’s Food Craft Institute is hosting a preview of its upcoming three-week course on the Business of Butchery. The free informational session will take place from 6 to 9 p.m. at Avedano’s Holly Park Market (235 Cortland Ave.) in San Francisco.

8) The Oakland-based Institute of Urban Homesteading is hosting an urban agriculture night at the New Parkway Theater (474 24th St., Oakland) on Tuesday, April 8. The main event is a screening of the urban agriculture documentary Growing Cities, and filmmaker Dan Susman will be on hand. Other festivities include a jam tasting and jam swap (participants should bring a jar for tasting and another to swap), and various door prizes. Doors open at 6 p.m.; the movie will start at 7. Tickets ($8, plus a service fee) are available here.

9) California Magazine takes an in-depth look at “activist researcher” and Berkeley Food Institute visiting scholar Saru Jayaraman’s work as an advocate for a higher wages for restaurant workers. “The largest workforce in America can’t put food on the table — except when they go to work,” she says. You can hear Jayaraman speak at UC Berkeley’s Wheeler Auditorium on April 21, at 6:30 p.m. (Pre-registration required.)