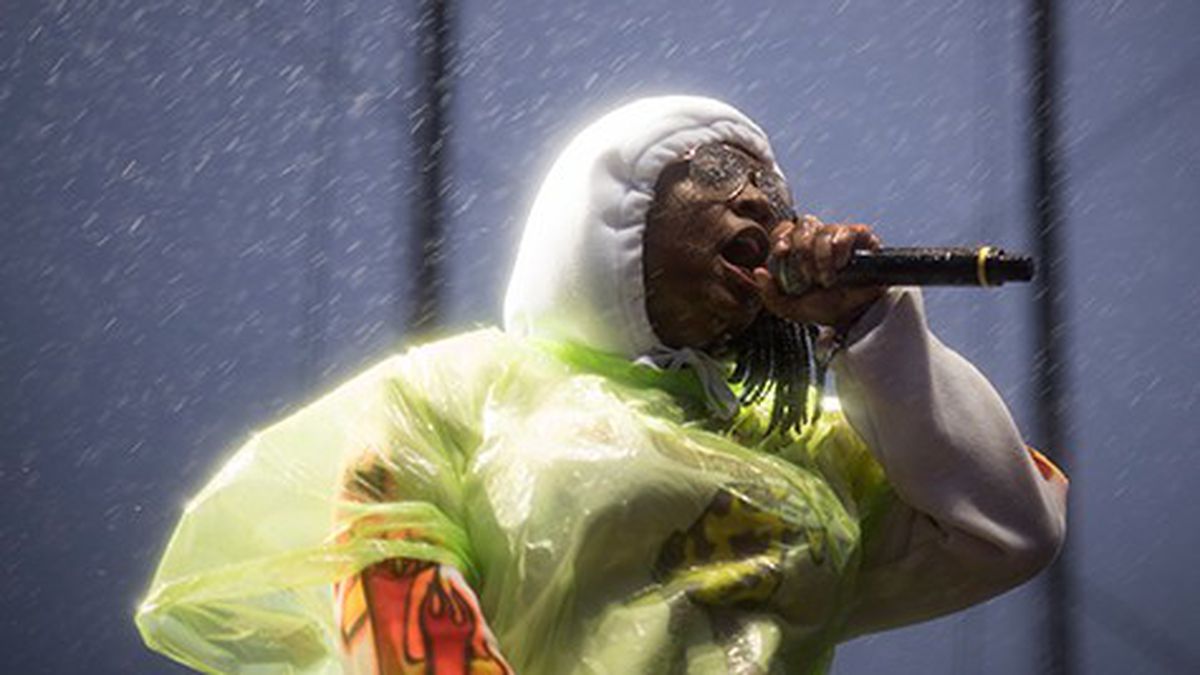 Kamaiyah, Ice Cube, How to Dress Well, and Sigur Rós played in the rain despite the many delays, cancelations, and technical difficulties.

Treasure Island promised one of its best lineups yet for its tenth anniversary, but severe weather literally rained on everyone’s parade. Many performances were delayed or canceled, often with little communication to the public on Saturday. And although festival organizers were better about keeping people informed on Sunday (after Twitter backlash), there was no getting around the fact that it’s pretty difficult to throw a fun outdoor event during a rainstorm.

To their credit, festival organizers did an admirable job keeping the party going despite the terrible weather. They extended the festival until midnight both days to make sure headliners Ice Cube and Sigur Rós got on stage. However, some attendees were reasonably disappointed that refunds weren’t available and the artists they came for (such as Flight Facilities) had to cancel their sets.

When skies were clear early on the first day, Kamaiyah put on one of the weekend’s most memorable performances — and, in fact, she saved the day later with a surprise encore when Young Thug’s set was delayed by three hours. During her first set, she made the festival feel like a club with banger after banger from A Good Night in the Ghetto. Although she deserved a more prominent spot on the lineup, things ended up working out in her favor.[slideshow-1]

That was when things basically devolved into chaos. After Polish Ambassador, there was actually a period with no music at all, huge lines for beer, and nowhere to take shelter while the rain poured.

And this was when I gave up and went home to get dry (sorry, Ice Cube). Luckily, our photographer was wearing waterproof gear and snapped some flicks.

And electronic virtuoso James Blake ended up making up for his cancelled set with a gorgeous show at The Fox Theater for Treasure Island ticketholders on Monday night. As he played his synthesizer and loop pedal, a geometric light show illuminated his silhouette. Getting soaked for two days seemed totally worth it.