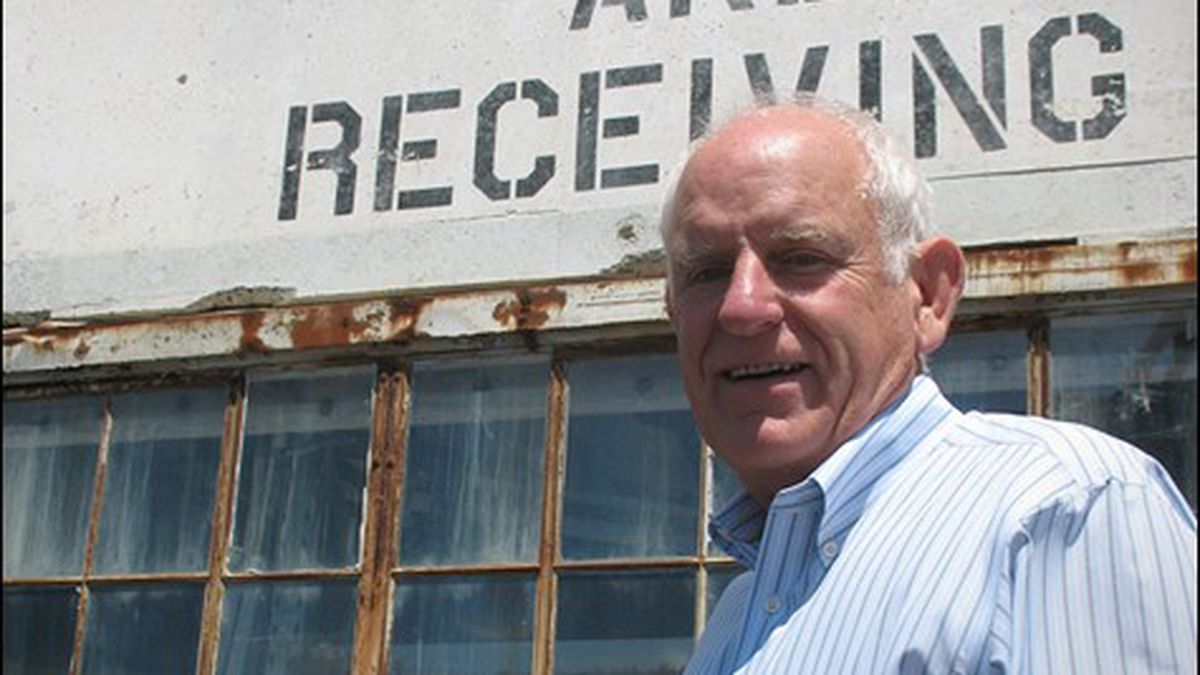 Tom Butt Goes to War with the Port

For the past several weeks, longtime Richmond City Councilman Tom Butt has been locked in a pitched battle with the Port of Richmond’s executive director, Jim Matzorkis. And the port’s popular image as a bustling engine of commerce and success has been critically wounded in the fight. In fact, it has become painfully clear during several contentious city council meetings that the port has been broke, deeply in debt, and poorly managed for years.

The port’s numerous problems started to come to light during discussions over possible locations for a proposed security and operations center, which, in theory, would serve as a command hub should an emergency, such as a terrorist attack or natural disaster, befall the Richmond waterfront. The project is to be funded by a $3.8 million grant from the US Department of Homeland Security.

Butt urged Matzorkis to consider refurbishing a historic, 26,000-square-foot building, known as the Riggers Loft at Point Potrero Marine Terminal, to be used as the new command center. Refurbishing the terminal and integrating it into the Rosie the Riveter National Park has been a city goal for years, but funding had never been available. Butt, a longtime advocate for the national park and for the city’s historic buildings, suggested the Riggers Loft because, if restored, it would also provide extra commercial space to lease, which could help defray the cost of the security center.

But Matzorkis was focused instead on a 3,400-square-foot, three-story tower across the Santa Fe Channel at 1411 Harbor Way. The port had spent more than $500,000 on architectural designs and a contractor had been selected to carry out the work. In early April, Matzorkis put an item on the city council agenda that would have finalized the contract with Alten Construction. Butt then asked Matzorkis to temporarily remove the item from the agenda until the Riggers Loft could be looked at as a possible site for the security center. But Matzorkis wasn’t interested and rebuffed the councilman.

The refusal triggered an angry email from Butt. “Your decision to keep pushing this makes no sense at all considering the timing issues,” the councilman wrote. “You are giving me no choice but to start a full-blown war.”

Butt researched the port’s security preparedness and found it to be lacking. One example is the $3 million, nonfunctioning video surveillance system that Matzorkis had installed. The councilman also discovered there were no disaster risk assessments that would dictate a particular location for the port security center. “This has been going on for weeks,” Butt said in an interview. “And they have yet to produce anything that substantiates their argument to locate the security center at 1411 Harbor Way.”

Butt also pointed out that a 2011 internal audit found that the port’s leadership had not completed a security plan, nor had it appointed a security officer, which has cost the public agency money because, without a US Coast Guard-approved plan, the port could not collect revenue from “layberthing,” a term for temporarily docking vessels between cargo assignments.

Butt wrote a scathing seventeen-page report that highlighted the widespread problems at the port, distributed it through his popular email forum, and brought the issue up at city council meetings, which caused a great deal of tension for councilmembers and embarrassment for city officials.

Over the past several years, the city has trumpeted lucrative deals that the port signed with foreign auto manufacturers like Honda and Subaru to offload cars at the port as examples of Richmond’s economic recovery and its friendliness to business. However, Butt’s report dispelled the image of the port as a humming enterprise throwing off millions in revenue for the city. The contract with Honda will be worth $90 million over the course of fifteen years, but in order to secure the deal, the city shelled out millions to upgrade the port for auto offloading. “The total expenditure as of November 2011 was $38,860,100,” Butt wrote in his report. “Only $22,349,232 of that was actually spent on Port property. The remainder was spent upgrading rail infrastructure on [Burlington Northern Santa Fe Railroad] property or within the BNSF rail right of way, a sweet deal for BNSF.”

Another alarming fact is that the port owes $17 million to the city’s general fund. The internal audit also chastised the port for its record-keeping practices. The port’s tenants are inconsistently managed, with lax procedures for collecting security deposits. Of the thirteen tenants, two don’t have lease agreements and two others have leases that are unsigned, while six have no provisions for rent increases, which alone cost city taxpayers $20,000 in 2010. The audit described the port’s primary financial records to be “inconsistent,” “unreconciled,” “unreliable,” and filled with “errors.”

Butt’s decision to air the port’s dirty laundry also appears to have had an effect on Matzorkis, who is now downplaying the dispute with the councilman. “To this day, the port administration is open and willing to discuss issues like this with any member of the city council,” Matzorkis said. “And we understand and respect that this is a policy decision for the city council.”

In early May, the council tabled the security center project until the Riggers Loft can be analyzed for structural soundness. According to Butt, an engineering firm has concluded that the building is structurally sound, and after some additional soil tests, the council will determine which building to use.

City Manager Bill Lindsay said he expects to see the port break even this fiscal year, and in the future it should produce a profit, given the contracts with Subaru and Honda. Lindsay added that many of the problems brought up by the audit have been dealt with. The port is preparing a security plan, and the tenant leases have all been brought up to date, he said. In addition, two new employees have been hired to normalize record-keeping practices. Matzorkis “has been focused on marketing — his attention has been to bring in new business,” Lindsay said. “But as an asset, we need to work on the port so it can be better.”

Butt said it shouldn’t have taken an audit to correct the port’s problems. He added that Matzorkis has spent $30,000 on “fruitless” trips to China to woo an electric car manufacturing company to offload its cars in Richmond.

“The port’s executive director is not capable of running the Port of Richmond,” Butt said. “I think he’s proven it and that audit shows it.”