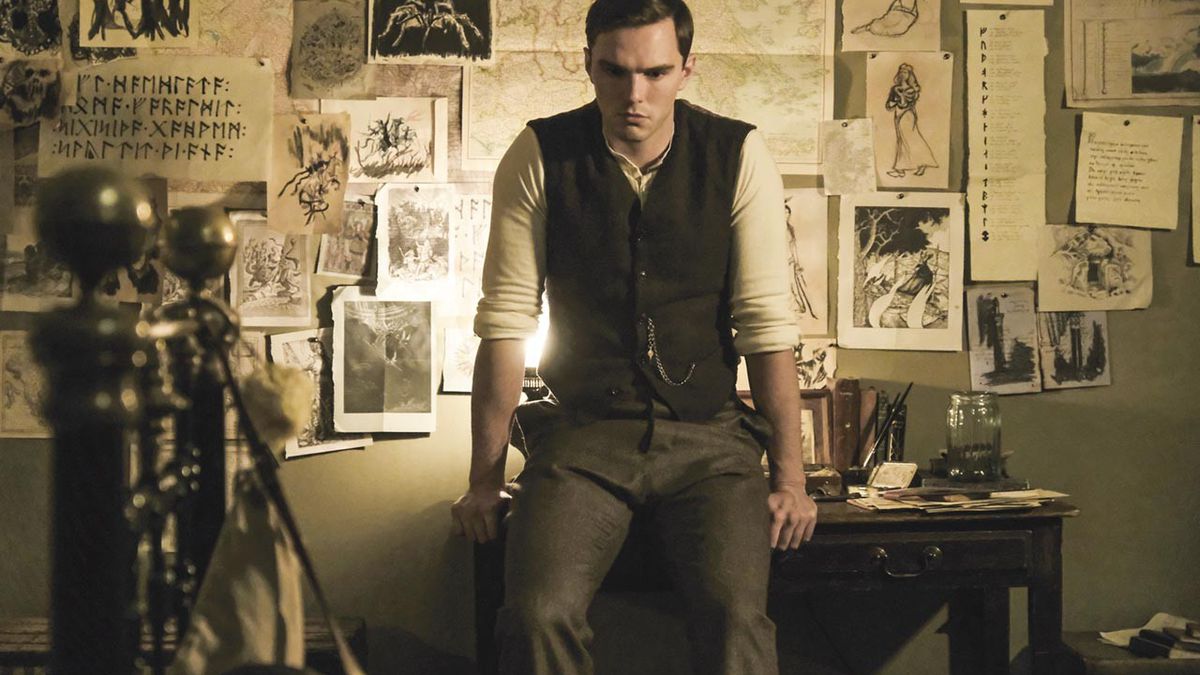 Who was J.R.R. Tolkien, other than the author of The Hobbit and The Lord of the Rings? If we’re to believe the new live-action biographical drama Tolkien, John Ronald Reuel Tolkien (1892-1973) was a bright, inquisitive, impressionable, somewhat fanciful man whose scholarly enthusiasms for literature and linguistics set the stage for the creation of one of the western world’s most cherished cultural franchises. Yet in truth it was the shock of war that spurred Tolkien’s imagination to its heights.

As director Dome Karukoski and writers David Gleeson and Stephen Beresford see it, Tolkien, a native of what is now South Africa, grew up in an impecunious household in England after his father’s death left the family in reduced circumstances. His mum did indeed read him heroic stories. The industrious John Ronald (played as an adult by Nicholas Hoult) takes the tales of knights and monsters to school, drawing in his notebook and inventing his own languages to accompany his imaginings. With the help of a kindly Catholic priest (Colm Meaney), Tolkien enters public (read: private) school and eventually Exeter College, Oxford. In the process, he bonds with a close-knit group of bookish colleagues and falls in love with Edith Bratt (Lily Collins), like Tolkien a fan of the music of Richard Wagner.

Young Tolkien’s schooldays have the familiar hallmarks of a big-budget coffee-table production. Scones and tea with his mates, wondrous gothic academic architecture, disciplinary problems with teachers not quite as smart as he is, etc. The topography of Middle Earth begins to take shape as he and his pals form their own Dead Poets Society. World War I changes all that.

In the movie’s grandest, ghastliest scene, British Army Lt. Tolkien, delirious from lice-born trench fever, stumbles out into No Man’s Land and plops down in a large, water-filled shell crater ringed all around with the corpses of fallen soldiers. The spirits of war appear to him, raining destruction. His fever dreams lying there, surrounded by death, would later be echoed in the fantastic battles of the Ring trilogy. But Tolkien’s saga offers an alternative to combat: enlightened self-interest.

Actors Hoult and Collins are ideally cast as early-20th-century believers in what Tolkien calls “the power of art.” Tolkien proves that there’s a great deal of scholarship behind the swords-and-sorcery stuff. That, and love, and devotion, and basic human fellowship. With those things in mind, how could anyone ever be Bored of the Rings?&#8;