Bloopers are the best bits of this Uncle Vanya. 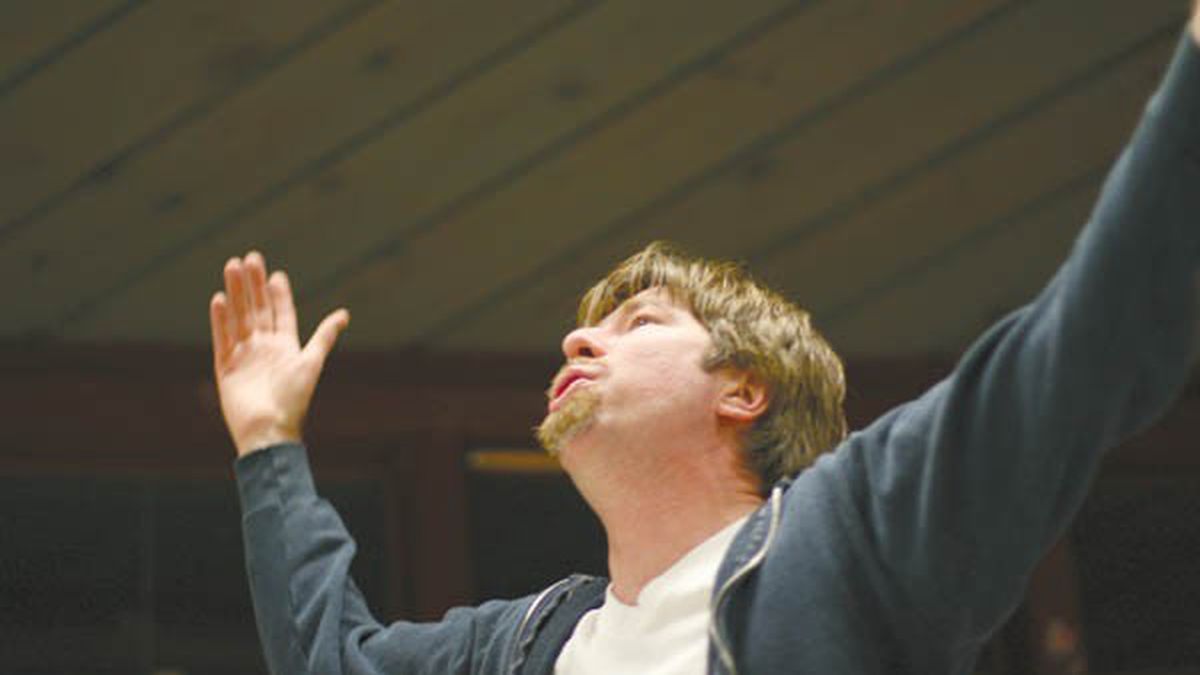 Anton Chekhov called Uncle Vanya a comedy. It’s a remarkable fact that’s often remarked upon, because the Russian playwright’s 1899 classic of depression and bitter regret is the opposite of a feel-good comedy. Accompanied by his beautiful young wife, an elderly and infirm professor visits the estate where his late wife’s brother, mother, and daughter work to support his livelihood.

The characters are miserable, and things are only going to get worse for them. If Henry V contains one of the most stirring locker-room speeches in the history of drama, the end of Vanya has to be one of the most depressingly ineffective pep talks ever.

There’s certainly humor that can be wrung out in astute productions, but a so-so staging only underscores how hard it is to pull of a play where everyone on stage is bored and unhappy without that boredom and misery becoming infectious. Stanley Spenger’s staging for Actors Ensemble of Berkeley (only a few months before California Shakespeare Theater’s Vanya in August) unfortunately falls into the latter category.

When I saw the show opening weekend, the oppressive mood was relieved mainly by moments of unintentional hilarity. Rose Anne Raphael’s intriguing set, a ramshackle housefront with pillars and trees made out of furniture fragments, includes a number of loose furnishings to be moved by actors individually, making for long scene changes. When the first of these finally ended, Spenger came out to move two chairs to exactly the opposite positions from where another actor had just placed them, eliciting giggles from the crowd.

Much worse was the climactic scene in which gunshot sounds failed to go off, leaving Spenger to say “Bang! Bang!” as he waved the gun around. No sooner had he done so than the sound effect finally went off, just as he had the gun limply pointed point-blank at another character’s head. A bullet to the brain at this moment would have changed the denouement considerably, so they carried on as if it hadn’t happened. When Spenger’s Vanya later lamented that he had shot twice and missed, the audience erupted into laughter.

These flubs would be easier to overlook if they weren’t the most entertaining parts of the production. Spenger’s staging is otherwise workmanlike at best. Aaron Murphy is generally solid as Astrov, the hard-drinking environmentalist doctor with an eye for Yelena. His scenes opposite Sarah Meyeroff as the professor’s daughter Sofya are so slackly paced, however, that it’s hard to care about how much she adores him. Martha Luehrmann is well cast as the dotty old nurse Marina, and Maureen Coyne’s fine as Vanya’s mother Maria Vasilyevna, although it’s perplexing that she’s the only character with a Russian accent.

It often feels like the actors are in different productions. Scott Alexander Ayres seems as if he’d be at home in a silent-era horror movie as the elderly professor Serebryakov, but the petulance of his constant martyr-like kvetching is amusing. As Waffles, an erstwhile landowner turned hanger-on, Jerome Solberg shuffles and stammers like a mad scientist’s hunchbacked henchman in a way that’s probably intended to be funny.

It’s especially difficult to understand why everyone’s in love with the professor’s young wife Yelena, because Jennifer Rice plays her with an unchanging, snotty smirk that makes her appear every inch the wicked stepmother.

Replacing the David Mamet adaptation originally announced in the season brochure, Spenger’s version is billed as his own adaptation, but for the most part it seems very much by the book, with its Russian-specific references intact, some of them explained in program notes. One of the few rewards of having suffered through American Conservatory Theater’s recent production of The Government Inspector is getting a feeble joke the professor makes about the Gogol play.

Spenger’s most noticeable change is to cut most of Vanya’s lines at the end to make it appear as if he’s so depressed that he can’t bring himself to speak. Rather than bravely carrying on, he just shuts down. It’s an interesting choice, if one that makes the play even less of a comedy than usual, but mostly it seems designed to make room for a dramatic portrayal of despair that doesn’t really warrant the space set aside for it.

Vanya choking back tears at the end is by far the strongest part of Spenger’s performance, but that’s partly because the rest of it’s pretty stiff. To be sure, Vanya’s plagued by inertia as a character, and Spenger’s hoarseness that night didn’t allow for much vocal nuance, but he seemed almost to be sleepwalking through the role.

“They’re so miserable it’s funny,” someone in the audience was heard saying in the middle of a particularly languid scene. So maybe Chekhov was right all along. Sometimes, it just doesn’t do to be too fussy about where the comedy comes from.