.Three Days in July: On Why Racial Justice in America Shouldn’t Require Debate.

By dismissing Black Lives Matter and other protest groups as leftist agitators, police undercut their higher aspirations to truly serve and protect all. 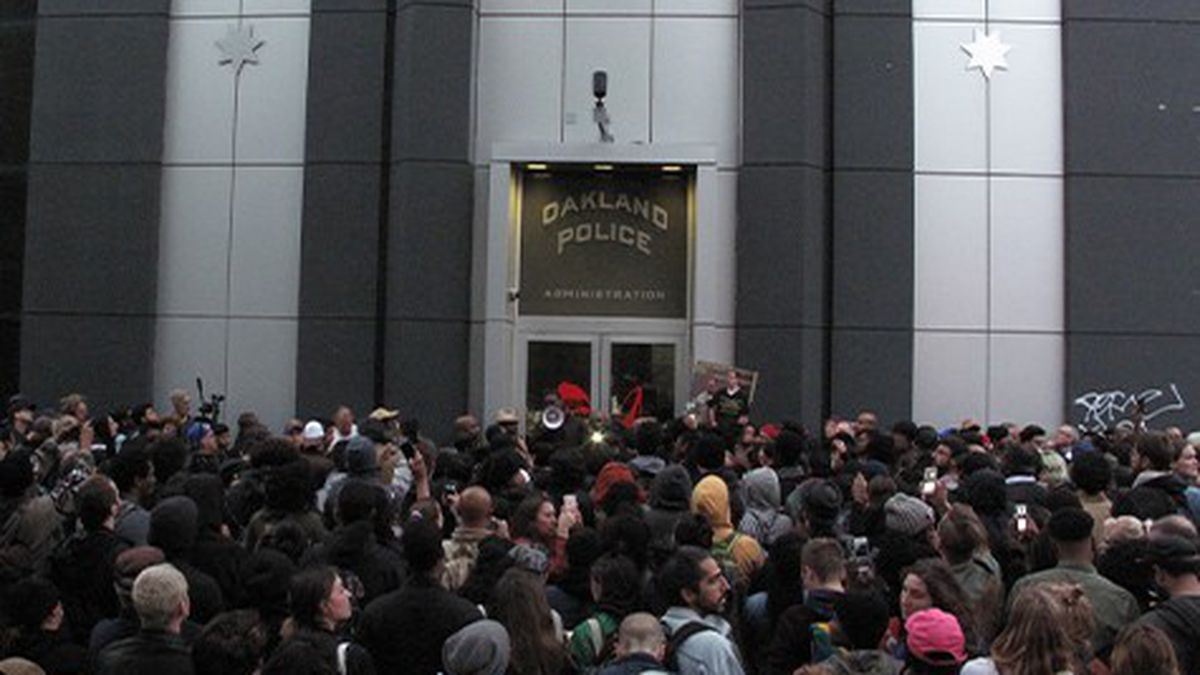 Over the span of three days last week, Americans were once again reminded that senseless violence and mass murder is a seemingly intractable reality of civic life.

The first day brought cellphone video of Alton Sterling being shot and killed by two police officers at a convenience store in Louisiana. Day two brought a Facebook Live video from Philando Castile’s girlfriend, who depicted the aftermath of his shooting death by a cop in Minnesota. On the final day, amid a July 7 Black Lives Matter rally in Dallas, Texas, twelve police officers and two marchers were shot by a former Army soldier Micah Johnson, with five of the officers killed as a result.

The ensuing national conversation on race and the nature of police work has been numbingly familiar — and exhausting.

Is it really necessary to dispute how the police treat whites and people of color differently? Haven’t we argued about this ever since the August 2014 protests in Ferguson, over the shooting death of Michael Brown? And, before that, Trayvon Martin’s murder in 2012?

It should be well established that, yes, Blacks are twice as likely to be killed by police than whites, and that this discrepancy is due to systemic and institutionalized racism.

Yet nothing has changed. Black and brown people continue to be shot down “on the instant replay,” as the late Gil Scott-Heron once put it in The Revolution Will Not Be Televised. In years past, cable-news stations callously repeated such scenes ad nauseam; today, we willingly spam each other with these bloody scenes via countless websites and social-media links. We dehumanize these victims of police violence in the process, and they become nothing more than hashtag symbols of our collective inability to provide equal justice to all Americans.

After the trauma of last week’s events, the national mood seems to command a brief cessation of hostilities. Yet no one — not President Obama now nor, in a few months’ time, President Clinton or, god forbid, President Trump — can wave a magic wand and ease the strained relations between a law-enforcement corpus balkanized by local, state, and federal municipalities, and the communities it polices.

So, protestors continue to hit the streets and exacerbate tensions in cities across the country. But you don’t have to agree with provocative actions, such as last Thursday’s Oakland marchers, who gallivanted across the downtown section of the Interstate 880 freeway like it was a soccer field, clogging up traffic for more than five hours as a result. Their strategy was to make us uncomfortable, to confront us with the reality that Black people are being gunned down in the streets at an unconscionably alarming rate, and to demand reforms. (Some, like Black Lives Matter co-founder Alicia Garza and The Nation commentator Mychal Denzel Smith, have argued that the country’s system of police enforcement should be abolished together — a wistful dream, perhaps, but one that in all practicality won’t ever happen.)

Perversely, the hashtag #BlueLivesMatter has emerged as a rejoinder to #BlackLivesMatter. The meaningless phrase pinged around the Internet ether in the wake of the Dallas shootings, and even ensnared The Daily Show host Trevor Noah, who once again proved why he is no Jon Stewart when it comes to voicing clarity amid complex sociopolitical crises.

But police work is not a “blue life.” It is not an irreversible fact, such as the color of one’s skin, gender, or sexual orientation. It is a chosen profession.

As Natasha Lennard wrote in an insightful essay on RollingStone.com: “To say Blue Lives Matter is to falsely assert that the cops’ lives are undervalued and systematically discarded. … Five police deaths provoke cries of ‘Civil War,’ but hundreds of black deaths are just the tragic normal.”

Concurrently, Shaun King of The New York Daily News reported that white men killed 71 percent of officers who have died in the line of duty in 2016, undercutting claims by former New York mayor turned conservative pundit Rudy Giuliani that the Black Lives Matter movement’s premise is “anti-American” and “racist.”

We can argue that the ever-popular “Fuck the Police” mantra has turned cops into an uncool occupation among certain members of the general public. There may even be tangential evidence that the somewhat passé “stop snitching” fad makes it more difficult to solve crimes. Police work is certainly a thankless job. It’s not easy when most people only deal with cops on the worst day of their lives, when they’ve been pulled over for a speeding ticket, when their house has been robbed, or worse.

More than just being “bureaucrats with weapons,” as David Graeber wrote on Gawker.com, law enforcement can have a superlative effect in our communities by reducing crime, empathizing with our concerns about civic life, and strengthening ties between citizens with different racial, gender, and ethnic identities.

But by hunkering down and dismissing Black Lives Matter and other protest groups as leftist agitators, instead of empathizing with their concerns, police undercut their higher aspirations to truly serve and protect all, and not just a privileged and moneyed minority. Too many seem content to appear as heartless enforcers of a status quo centered on racial profiling and state-sanctioned murder. Black and brown people want their full democratic and legal rights, full stop. They want to be treated with the same dignity and respect as everyone else.

This seems like a simple request that shouldn’t require debate.

Next ArticleAmoeba Records’ Pot Club Plan Gets A Second Spin