.There’s zero chance the Oakland Raiders move to Las Vegas (if they do, I’ll sport a Mark Davis bowl cut for a week) 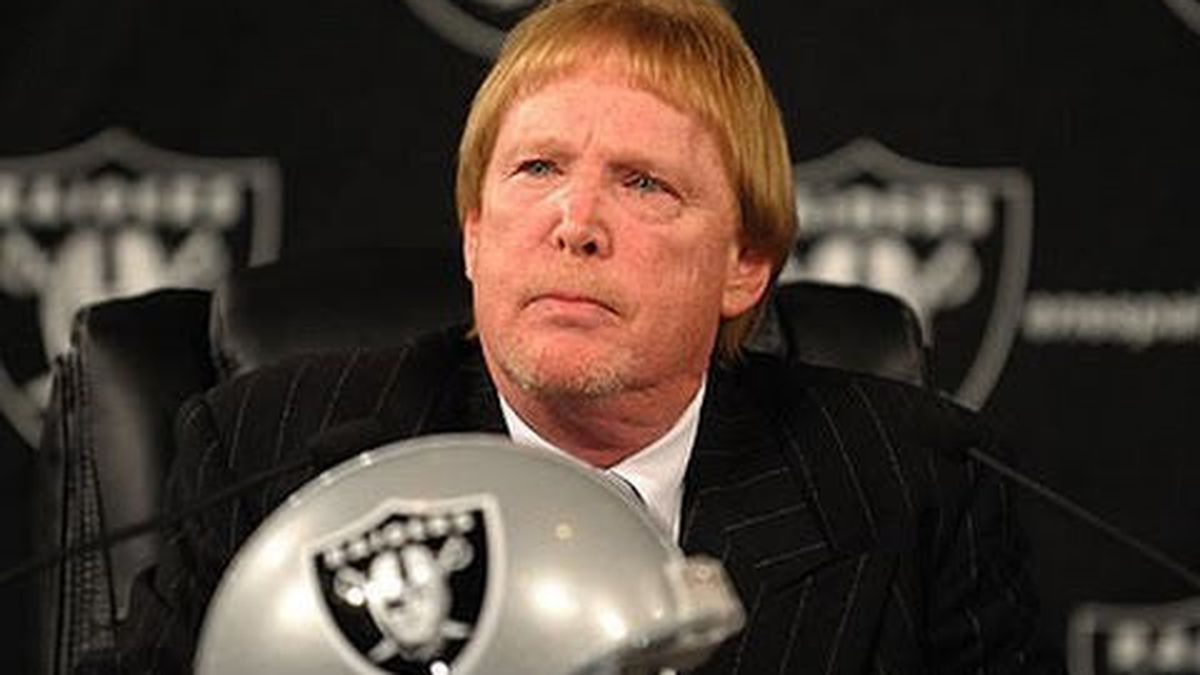 Check out some of today’s Google News headlines regarding the Oakland Raiders rumored getaway to Sin City:

“The Oakland Raiders are one step away from moving to Las Vegas,” from Fox Sports.

“Raiders-to-Vegas talk taking on greater reality?” from the Merc.


Get real. While its true that NFL Commissioner Roger Goodell isn’t below shady-ass dealings, and his league is by no means some bastion of virtue and clean fun, there’s just no way pro-football goes to Vegas, let alone da Raiderrzz.

Chalk the rumor-mongering up to another case of Hysterical Clickbait Syndrome.

To the national media’s defense, it’s true that nearly every possible card on the table is basically screwing the silver and black. The team’s rent just went up over in Alameda, from $975,000 to $3.5 million—that’s nearly 4 million bucks a year to play at a stadium with bad plumbing. Oakland Mayor Libby Schaaf has (sort of) vowed nary a dime of public monies to subsidize a new stadium. And the Raiders were even the odd team out in their former Los Angeles stamping grounds.

Still, real talk: Mark Davis’ plan is exactly the kind of nonsense a person might hatch up after one too many at P.F. Chang’s.

Consider: The rumor is that billionaire GOP benefactor Sheldon Adelson (the guy who gave Newt Gingrich all that cash) and others are going to build Davis and the Raiders a $1.3 billion dome just off the Las Vegas strip on Tropicana Avenue. Really, an NFL team—da Raiderrzzz—are going to play on the strip?

The dome will be shared with the UNLV team. The Raiders and a college team in the same venue? Mmm hmm.

And this project would have to be approved by the Nevada Legislature, which apparently is never in session; they don’t convene until February of next year (talk about a sweet gig).

Anyway, Davis will be in Vegas this Thursday to throw dice and stir the relocation-drama soup. And, according to the LA Daily News report that kickstarted all this nonsense, he’s going to make a commitment to moving to Vegas after meeting with officials.

I don’t buy it. In fact, if the Raiders somehow end up in Vegas, I’ll tell my barber to give me a Mark Davis bowl cut and don it for a week. How’s that for conviction?

In the meantime: Raiders definitely going to the Super Bowl next season!!!