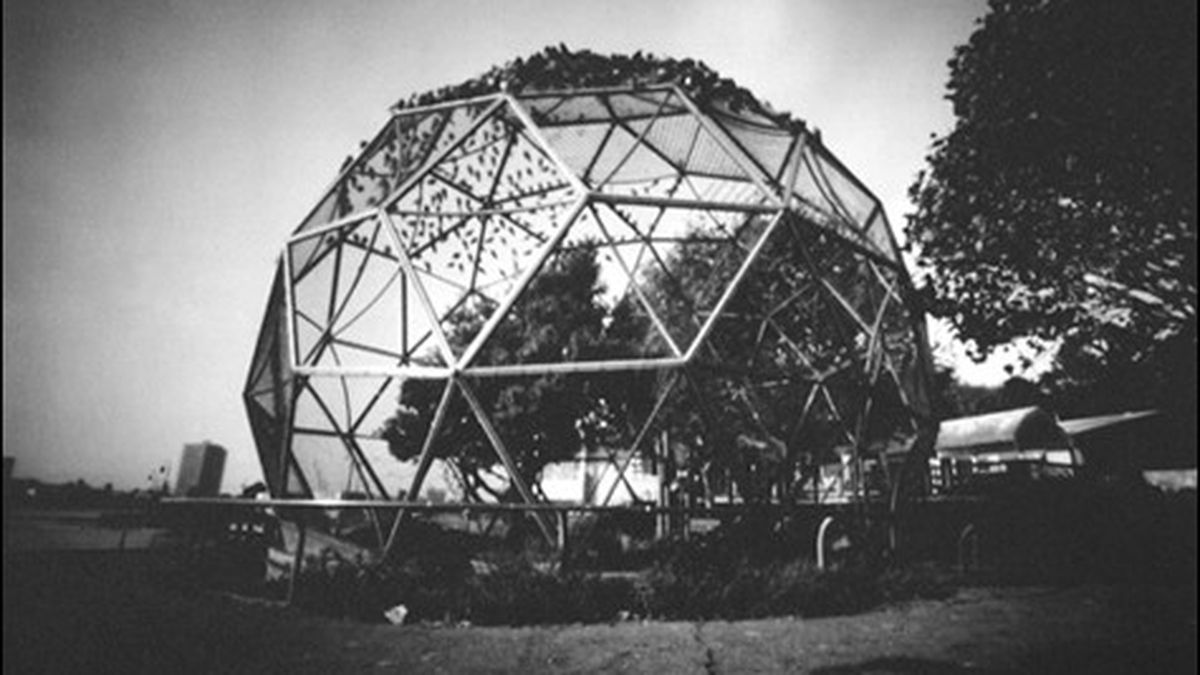 The Whole World Through a Pinhole

Some people will tell you that the world looks a bit more magical when rendered through the aperture of a pinhole camera — the lenseless, primitive photographic device that many an elementary-school student has constructed from a cylindrical oatmeal box. Ask an enthusiast to explain this fixation and she’ll likely describe for you the soft, dreamlike quality that the camera’s long exposure time leaves on its photographs; the straightforward picture-taking process of the simple contraption; and, given the lack of a lens, the mystery that comes with not knowing precisely what image has been captured until it’s developed.

Though people have been projecting images via pinhole for centuries, history has it that the first to apply the principle to photography was a Scottish scientist named Sir David Brewster back in the 1850s. Since then, the cameras — which involve little more than a light-proof container lined with film or photographic paper on one end and a small hole pierced on the other — have been fashioned from items as ordinary as tea tins and wooden boxes and as unconventional as coconuts and at least one three-story aircraft hangar. Despite today’s preponderance of point-and-shoot digital cameras, amateur and professional proponents of the pinhole method still practice it throughout the world.

In Wisconsin you’ll find Nick Dvoracek. Now an IT administrator, he once hosted pinhole photography seminars at a small liberal arts college in Illinois and says he’s still fascinated by how the rudimentary science of the cameras reduces photography to its “absolute simplest nature.” Closer to home, there’s Looking Glass Photo (2848 Telegraph Ave., Berkeley) proprietor Jen Waicukauski. She built her first pinhole camera as a child, and later used the devices for most of her college photography assignments. “With a pinhole camera you don’t know exactly what you’re getting,” Waicukauski explained. “All of the images are different, but there’s a softness that usually happens. When you see the image, there’s a little vignette to it that transports you to another place.”

Both photographers have a hand in Worldwide Pinhole Photography Day. Held each year on the last Sunday in April (and this year on Sunday, April 29), the event celebrates the art form through the orchestration of pinhole photography workshops across the world. Enthusiasts can locate local events at PinholeDay.org, and after participating in a workshop can upload a single image of their choosing to the website’s online gallery. Last year, 3,386 people contributed images from 67 countries. “A lot of those people weren’t even aware that the pinhole process was possible,” Dvoracek said. “It expands their vision.”

While Dvoracek is one of a host of volunteers helping to organize the event on a broad scale, Waicukauski hosts a Pinhole Day workshop at Looking Glass Photo from 11 a.m. to 4 p.m., when people can drop in for direction in camera construction, photo shooting, and darkroom development. Bring a light-safe container like a cookie tin — or a digital SLR camera, which can accommodate a pinhole attachment (also available for sale). $10, ages 12 and under $5. RSVP encouraged; 510-548-6888 or LookingGlassPhoto.com

Pin the Tail on the Plutocrat