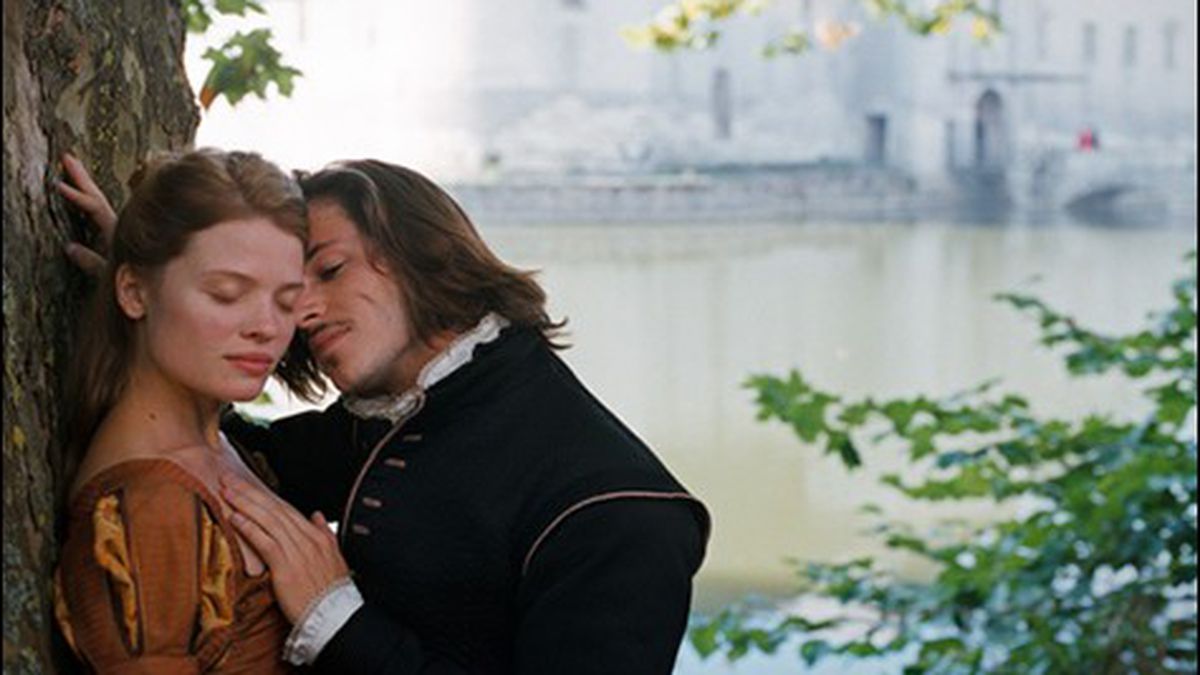 The Princess of Montpensier

Amid the recent storm of costumed historical dramas, it’s always a pleasure to watch a filmmaker who does it exactly right. Bertrand Tavernier‘s The Princess of Montpensier is so entertaining it could almost convince us to study up on France’s complicated 16th-century Wars of Religion.

All we really need to know is that Marie de Mézières (played by Mélanie Thierry), teenage daughter of the fabulously wealthy Marquis de Mézières (Philippe Magnan), is in love with the dashing, mustachioed Henri, Duc de Guise (Gaspard Ulliel), but that Marie’s father, seeking to advance his family’s fortunes still further, has promised her to the somewhat less exciting but still very warlike Prince de Montpensier (Grégoire Leprince-Ringuet). The beautiful Marie is a passionate, headstrong young woman but has little choice in the matter — either she marries the prince or gets packed off to a convent. She agrees to become the Princesse de Montpensier.

While all this drawing-room jockeying for position is going on, France is embroiled in a succession of bloody civil wars, most of them centered on the Roman Catholic royalty’s attempts to suppress Protestant Huguenot dissidents, but also involving separate conflicts among various rivals for the throne. One of the king’s men is the battle-hardened François, Comte de Chabannes (Lambert Wilson), whom we first meet as he and his troops attack a Huguenot farmhouse. In the furious sword fighting, Chabannes kills a woman and her baby; the shameful incident causes him to more or less retire from combat and take up the job of bodyguard and tutor to the young Princesse de Montpensier, who has been sent by her husband to a chateau far from the fighting.

And so we’re presented with an emotional geometry problem, made all the more complex by the warfare swirling around Marie and her male admirers. Prince Montpensier, a forthright sort who genuinely loves Marie, has reason to keep watch on his wife’s affections while he’s away in the war — their wedding-night bloody-sheet ritual (with witnesses in the bridal chamber) notwithstanding. Chabannes, the prince’s longtime mentor, is the perfect choice for the job. The charming rascal Guise, meanwhile, keeps finding excuses to drop in on the princess while on leave from the front.

The romantic field grows even more crowded when the foppish Duc d’Anjou (Raphaël Personnaz), brother of the king, stops by and openly flirts with the princess. Anjou, who would go on to become King Henri III, is portrayed as more of a political schemer than a man who likes to get his hands dirty in battle. All this time, Chabannes, perhaps the fiercest warrior of them all, chooses to follow the princess around and debate with her about poetry and bird songs. He has seen enough blood. If we’re waiting for Chabannes to sweep the princess off her feet and ride away with her, we wait in vain.

The truth is, no one is about to rescue this princess without her permission. Director Tavernier, who helped writers Jean Cosmos and François-Olivier Rousseau adapt the original short story by Madame de La Fayette, obviously sees the sixteen-year-old beauty as more than a passive object of desire, but slightly less than an amoral adventuress. She’s perfectly willing to play the princess game — witness her “partitioning the boar” after a hunt — while patiently biding her time with the Duc de Guise. The noblemen, obviously fatigued from slaying Roundheads, hover around her, but it is the woman who calls the shots. As if to reinforce that notion, we’re treated to a scene with the queen, Catherine de Médicis (Evelina Meghnagi), a war regent if there ever was one.

Tavernier, veteran director of Coup de Torchon and ‘Round Midnight, also made Life and Nothing But (1989), another war film with resonance beyond the battlefield. The combat scenes in The Princess of Montpensier are short and sharp, the intrigue minimal, and the irony soft-pedaled in favor of the wild, unpredictable tempests of youth. With the exception of the weary Chabannes, all the main characters appear to be in their early twenties or younger — old enough to kill or be killed, and young enough to throw everything away for a quick one at midnight.