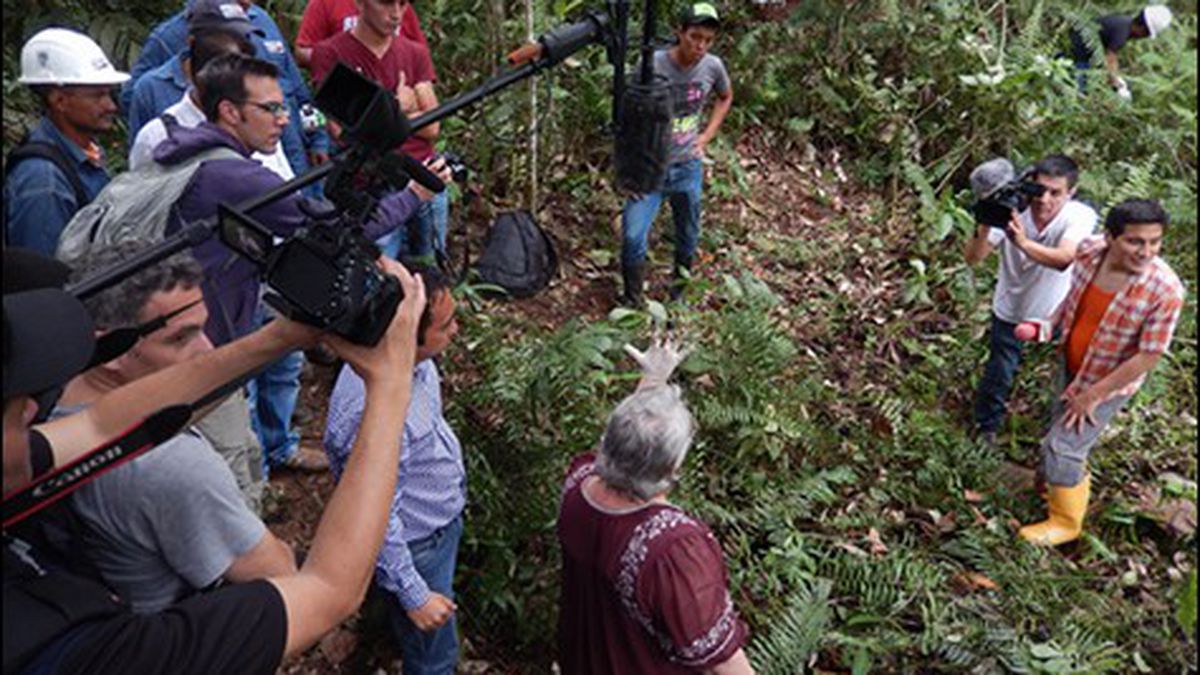 Richmond has seized the mantle as one of the most progressive cities in the nation by taking on such colossi as Big Oil, Big Soda, and Big Banks.

In years past, when the mainstream press turned its gaze toward Richmond, it usually was to report on one of three things: homicides, public corruption, or fiery accidents at the Chevron refinery. But now when reporters and satellite trucks descend on the city, it’s usually because the Richmond City Council has again thumbed its nose at powerful corporate interests by proposing some of the most progressive legislation in the country.

Since 2008, when progressive candidates began to wrest control of the city council from the long reigning pro-Chevron majority, the seven-member panel has become one of the most forward-thinking elected bodies nationwide. And Richmond’s ascendancy has come at a time when other legendary progressive bastions of the Bay Area, such as Berkeley, San Francisco, Oakland, and Sebastopol, have become more cautious and unwilling to take on the powers that be.

Being a national leader on progressive issues, of course, is not without costs. Taking on corporate goliaths means taking on corporate media, which has often attacked Richmond as a renegade city that has breached the boundaries of common sense and the law. But despite its underdog status and a few battle scars, Richmond has become something of a national populist icon in the more progressive media and certainly in working-class communities that continue to bear the brunt of the 2008 financial crisis.

Under the leadership of Mayor Gayle McLaughlin, the Richmond City Council has taken on the Chevron refinery, the city’s largest taxpayer and the region’s largest polluter, for avoiding its utility tax, having repeated accidents and dangerous operating conditions, being reluctant to be inspected, and for coming up with a poorly planned facility upgrade. The council has also taken stands against the soda industry, PG&E, the casino industry, and more recently, the Wall Street banking industry — perhaps its most powerful foe yet.

Richmond was hit particularly hard when the speculative housing bubble burst in 2008. According to City Manager Bill Lindsay, more that 50 percent of homes in Richmond are still underwater. In many cases, homeowners are carrying mortgages that are twice the value of their properties. A spate of foreclosures in Richmond also has created a wide swath of blight through the city’s working-class neighborhoods, which has further damaged home values. Similar stories have played out across the country. More than 5 million people lost their homes to foreclosure nationwide, and 11 million families — one fifth of all homeowners — continue to carry underwater mortgages that were created by the dodgy lending policies of large banks. “The banks sold my community bad loans with their predatory lending practices, and now they want to stop the city from providing a much-needed fix to the problem that they have caused,” McLaughlin told me in a recent interview.

While the Wall Street Journal, Reuters, Bloomberg Business Week, the San Francisco Chronicle, and the Contra Costa Times have all attacked Richmond’s plan to help underwater homeowners stay in their homes, the proposal nonetheless enjoys widespread public support. During a recent council meeting, more than one hundred people rallied in the city’s Civic Center plaza, waving placards, banging on drums, and chanting in favor of the plan. And other cities are thinking of joining Richmond. El Monte, in Southern California; Seattle, Washington; and Irving, New Jersey are expected to join forces in a Joint Powers Authority to move forward with the plan to use eminent domain to seize mortgages and refinance them to make them cheaper for homeowners. The traditional progressive cities of Oakland and Berkeley have offered token support of Richmond’s eminent domain proposal, but have refused to join the effort out of fear of legal and financial retributions from Wall Street.

Richmond is still in the exploratory phase of its eminent domain proposal and yet banking and real estate interests, as well as a federal agency, have begun preemptive intimidation actions against the city. Wells Fargo, Deutsche Bank AG, and The Bank of New York Mellon attempted and failed to get a federal injunction against the eminent domain plan and the Federal Housing Finance Agency has threatened sanctions and ligation against the city if it moves forward with its proposal. And the money has begun to flow against the program. The California Board of Realtors and the National Association of Realtors have already poured more than $70,000 into a hit-piece flyer mailed to city residents.

But McLaughlin, now a seasoned veteran of corporate attacks, remains undaunted. “We are being leaders now by advancing an innovative program that provides significant help to the people we serve. Leading is rarely without conflict. We should not be averse to face such conflict,” McLaughlin said at recent council meeting. “We should stand up against Wall Street and for our community. If not us, then who will do so?”

Facing powerful opposition to progressive proposals is nothing new. It’s long been a standard reaction to progressive movements: moneyed forces throwing their vast resources and political influence against what are usually grassroots efforts. Since the 19th century, businesses, religious organizations, and machine politicians have all sought to block progressive and populist movements.

Corporate interests, in fact, vigorously opposed dozens of progressive policies that we now take for granted. Underfunded grassroots efforts had to overcome huge odds to establish anti-corruption laws, child labor laws, the suffragette movement, regulation of corporations and monopolies, and the conservation of national parks and wildlife refuges.

And similar opposition forces have attempted to obstruct the Richmond City Council. In the 2012 election, the Richmond Progressive Alliance, which refuses all corporate contributions and organizes grassroots support for progressive candidates and policies, was outspent forty-to-one by corporate interests. Chevron spent $1.2 million in a failed attempt to regain control of the city council. Add to that the soda pop industry’s successful $2.5 million effort to defeat the progressive’s Measure N, which would have levied a one-cent tax on sugary drinks to offset their ill health effects.

Other progressive Bay Area cities have experienced the same kind of pressure. Former San Francisco Supervisor Aaron Peskin, who served on the city’s progressive-controlled board from 2000 to 2008, said the opposition to progressive politics can be overwhelming. The district-elected board, which was unbeholden to real estate developers or corporate interests, took city politics to the left by enacting progressive policies such as universal healthcare, a minimum wage increase, and $450 million in affordable housing bonds.

As a result, the board of supervisors found itself battling multinational corporations headquartered in San Francisco and wealthy individuals such as Donald Fisher, a successful real estate developer who co-founded The Gap. “When I was first elected, I was a reasonable person and I thought we could all sit down and work things out, but they had no interest whatsoever in negotiating,” Peskin said. “It was their way or the highway and they had endless resources to hire consultants, PR firms, and spokespeople who had no trouble spreading false and scurrilous information through websites, advertising, and robocalls. They would literally just make things up and they were relentless in their efforts to control a democratically elected board of supervisors.”

The City of Berkeley was once the leader of progressive municipal policy. Berkeley was the first city to protest apartheid by divesting from South Africa; it also created the first police review panel, first tool lending library, and the first curbside recycling program. It enacted the first Styrofoam ban and was the first city to require curb cuts for wheelchairs. But it’s been a long time since Berkeley has been out in front in new policy, said longtime Berkeley progressive Councilmember Kriss Worthington. Berkeley politics have become more sedate because the African-American and working-class families who largely supported progressive policies in the past have been driven out of town by high rents and home prices. Worthington said many of the same progressive ideas Richmond has acted on were also proposed in Berkeley, but were not approved by the council. “In a way, Richmond’s council is less progressive than it is populist,” Worthington said. “They have been very successful in standing up for the little guy, which is quite impressive.”

Worthington added that it remains to be seen if Richmond’s progressive politics represents a permanent shift to the left or if it will just be McLaughlin’s legacy. In fact, Richmond’s progressive faction took some heavy hits in the 2012 election. Perhaps the most popular progressive councilmember, Jeff Ritterman, decided to not run for reelection, and his proposed soda tax ballot measure went down in flames at the ballot box. Furthermore, McLaughlin will be termed out of the mayor’s office in 2014 and it’s not clear whether the Richmond Progressive Alliance will be able to run a candidate who can effectively match her popularity among city residents.

Chevron is already gearing up for the next election, and, if the eminent domain proposal goes forward, banking interests could possibly kick in millions to defeat progressive candidates. “A lot will depend on the next election,” said Councilman Tom Butt, who frequently votes with the council’s progressive bloc. “Five of seven seats are open, and that will either make or break the progressive influence on the council. We will either continue with the progressives or go back to the old days when Richmond worked for Chevron.”

In an email, Chevron spokesperson Melissa Ritchie avoided taking a public stand against the city’s progressive faction. “Chevron is dedicated to helping Richmond thrive, and we are committed to not only improving the quality of life for all residents but transforming the economic landscape of this community,” Ritchie wrote. Last week, the US Chemical Safety Board recommended sweeping changes at Chevron’s Richmond refinery in the wake of a massive explosion in August 2012 that sent 15,000 Richmond residents to local hospitals with claims of breathing difficulties. In what many considered an effort to offset the blot on its public image, Chevron recently invested $15.5 million in a five-year effort to help small businesses, expand job training, and improve schools in Richmond.

McLaughlin, meanwhile, said her basic political philosophy remains the same as when she first won a council seat in 2004. “I’ve always asked, ‘How can we organize, how can we push back?’ There’s no other way to live as far as I’m concerned … to work for a just future, a sustainable future,” she told me. “And that’s what I’ll continue to do.”