.The Hazards of Unsafe Housing in Oakland

A live-work building under investigation by the city and plagued by maintenance problems and possible fire hazards raises alarms about several powerful real estate investors. 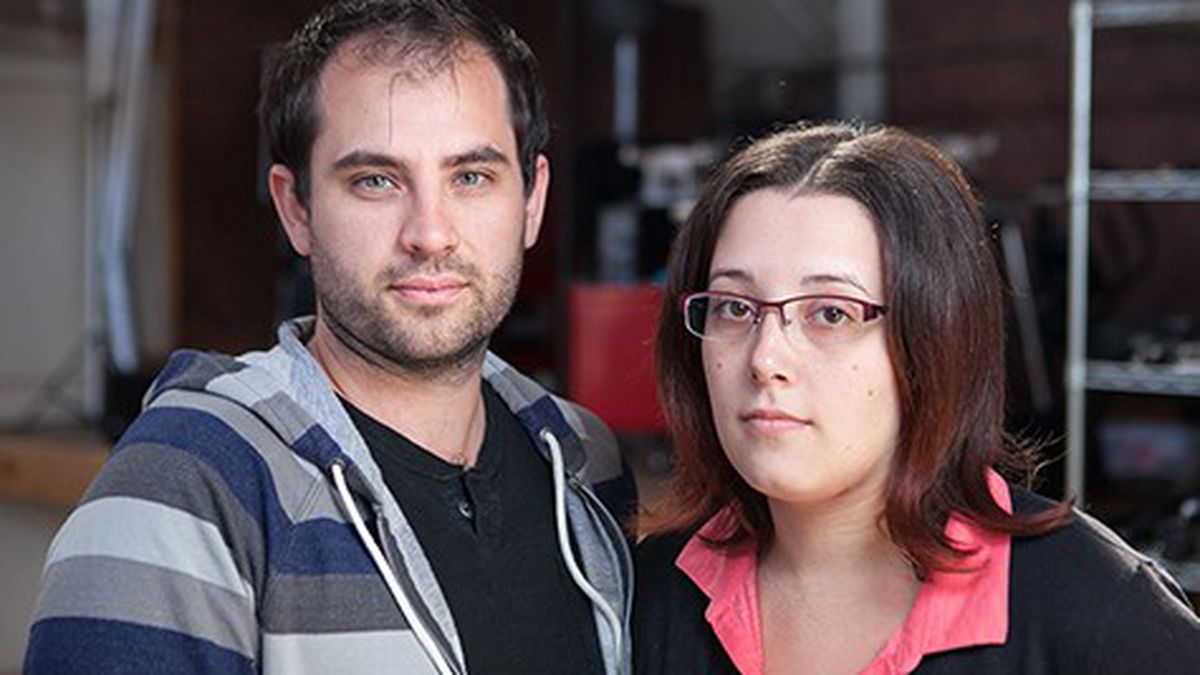 At first glance, Will Urbina’s live-work loft in West Oakland is breathtaking. The roughly 2,000 square-foot apartment is an open, industrial space with 40-foot-high ceilings, giant windows, two levels, and a number of distinct sections he has built out since December 2010 when he moved in — including an office area, a studio space, and a bedroom. A videographer and former producer for the National Public Radio show Snap Judgment, Urbina runs a popular YouTube channel that features videos shot inside his loft of do-it-yourself carpentry, metalworking, and other tech and engineering projects.

Urbina said that after he repeatedly complained to Madison Park officials and on-site managers, he began publishing a series of videos in February on YouTube documenting the apparently dangerous and filthy conditions in his building — substantial leaks, dark hallways, garbage dumped throughout the premises, an incorrectly placed exit sign, and other maintenance and safety concerns. His posts have since gone viral, attracting a total of more than 300,000 views. Urbina also has learned something even more troubling about his home: The owners have for years been renting out units as live-work spaces without proper permits authorizing residential use.

The controversy at 1919 Market Street raises a number of alarms about the safety and habitability of former industrial and manufacturing buildings that East Bay real estate investors are increasingly renting out for residential purposes — some with more legitimate conversions than others. Concerns about potentially unsafe living conditions in these kinds of buildings in Oakland have recently escalated in the wake of a devastating fire that broke out at another West Oakland live-work building last month, killing two artists and displacing many more residents.

The tenant-landlord conflicts in Urbina’s building also raise questions about the associated real estate investors, who collectively own and control a significant amount of property in Oakland. Madison Park Financial — a major local development company that is currently pushing forward with several new market-rate housing projects in Oakland — stopped managing 1919 Market Street last month after five years, the company’s chief financial officer Simon Chen said in an interview. Madison Park’s decision came less than a month after Urbina began attracting significant negative attention to the company through his videos titled “YouTuber vs. Slumlord” and his Facebook page, “Unofficial Madison Park Financial Corp.” Madison Park, which is run by the local developer John Protopappas, a close confidante of Mayor Libby Schaaf and Governor Jerry Brown, has threatened Urbina with legal action, sending a cease-and-desist letter regarding his online posts, Chen and Urbina both said.

Meanwhile, Jacobson, the owner, is an Oakland-based real estate investor who currently operates more than fifteen LLCs and owns properties and vacant land throughout the city, according to state and county public records. Last month, the City of Oakland filed a lawsuit against Jacobson and one of his other companies, Oakland Lofts LLC, for allegedly violating the city’s blight ordinance and building maintenance codes with one of his vacant buildings in West Oakland. (The suit alleges that crumbling bricks are holding up the walls and the roof, and the owners have refused to allow the city to inspect the interior).

Jacobson’s companies and Madison Park have both overseen multiple Oakland live-work projects that attract artists and entrepreneurs and typically feature loft-style units in former industrial buildings. These live-work buildings can provide unique housing opportunities while rehabbing vacated and blighted buildings — but if they aren’t properly converted and maintained, a wide range of concerns and hazards can arise.

That appears to be the case with 1919 Market Street, which the city recently began investigating, according to Timothy Low, inspections manager with the city’s building services department. He told me that the property is classified as industrial and does not have proper permits to use for live-work purposes. Despite that fact, Madison Park and the property owners have consistently marketed the building as a live-work property, with tenants signing agreements indicating their rights to live in their units, according to tenants. Urbina’s lease, for example, said he may use his unit for “commercial and/or residential purposes.”

“I knew there were code violations, but I didn’t know all of us were living here illegally,” Urbina said. Urbina and his girlfriend Adira Dooley live in the loft together and pay $1,642 per month. On a recent visit to their unit and building, they pointed me to a range of maintenance and safety issues. “The water just flows into our apartment,” Urbina said, showing me how major leaks from the roof spill into the hallway and into his loft. His videos show the roof collecting water in large pools when it rains — ultimately resulting in large puddles in the hallway.

And because there are apparently cats that regularly climb on the roof, Dooley said, “The water is just sitting in feces and urine and dripping down into the hallway.” They also pointed out how parts of the drywall in their unit appear to be crumbling due to water damage and how wood planks in their ceiling are rotting and loose in certain places. When I visited, trash in the on-site dumpster, located in the building’s gated parking lot, was overflowing and had attracted a fair amount of dumped furniture. Urbina’s videos show the lot with significantly more garbage.

Tenant Devin De Armond, who has lived with his wife in the building for four years said Madison Park has done very little to address maintenance complaints over the years. De Armond said that he and his wife decided to move to 1919 Market Street specifically because Madison Park was a well-known firm with many other successful properties. “We did a lot of research on them … and they seemed like a reputable company,” he said. “But when we actually got to experience how they manage properties, we were very displeased.” De Armond’s neighboring units also suffer from major leaks when it rains, because of flaws with the storm drain system, he said, noting that during a prior storm, “It was just water everywhere in the unit.”

A company called 1919 Bayside LLC — which state records show formed last month — took over as property manager in March, according to notices Madison Park sent to residents. Reached by phone last week, that company’s representative, Danny Haber, declined to answer questions. Haber later said he passed along my questions about tenants’ complaints to Jacobson’s representatives, but I did not hear back from Jacobson. I also left messages for Jacobson at a separate LLC of his and with another 1919 Bayside representative.

Meanwhile, records show that Haber is also the agent for The Negev LLC, a San Francisco company that has been involved in numerous tenant controversies. Haber, according to the San Francisco Examiner, faced accusations in 2014 that he refused to re-rent units to tenants displaced in a fire — in a building that he converted to a shared housing “tech co-op” that charged significantly higher rents. The Examiner also reported last year that San Francisco’s building department was investigating two Negev properties for alleged violations of the city’s hotel-conversion ordinance and other habitability problems.

Chen, Madison Park’s CFO, told me that the company had been working toward ending its management role at 1919 Market Street for months, in large part because he said the company was limited in its ability to address tenants’ complaints since it was never an owner. Chen contended that Madison Park was primarily responsible for accounting and administrative duties, such as collecting rent, and did not oversee maintenance. The on-site manager responsible for maintenance, however, used a Madison Park email address. Chen confirmed this, but said he was an employee of the owners, not Madison Park.

“We couldn’t manage it to our standards,” Chen said, noting that in its own live-work properties, Madison Park works with city officials to ensure buildings are safe for residential use and comply with city codes. He also argued that Urbina illegally built out his unit when he added certain residential features and improvements. (Urbina maintains that property managers gave him explicit permission to make the changes he has implemented, as was the policy stipulated in his lease.)

Chen said it was too early to say whether Madison Park planned to move forward with legal action against Urbina, who is now only dedicating his Facebook and YouTube complaints solely to Jacobson and the new managers. Chen added, “We’re bearing the brunt of the backlash … but we don’t have any control of it.”