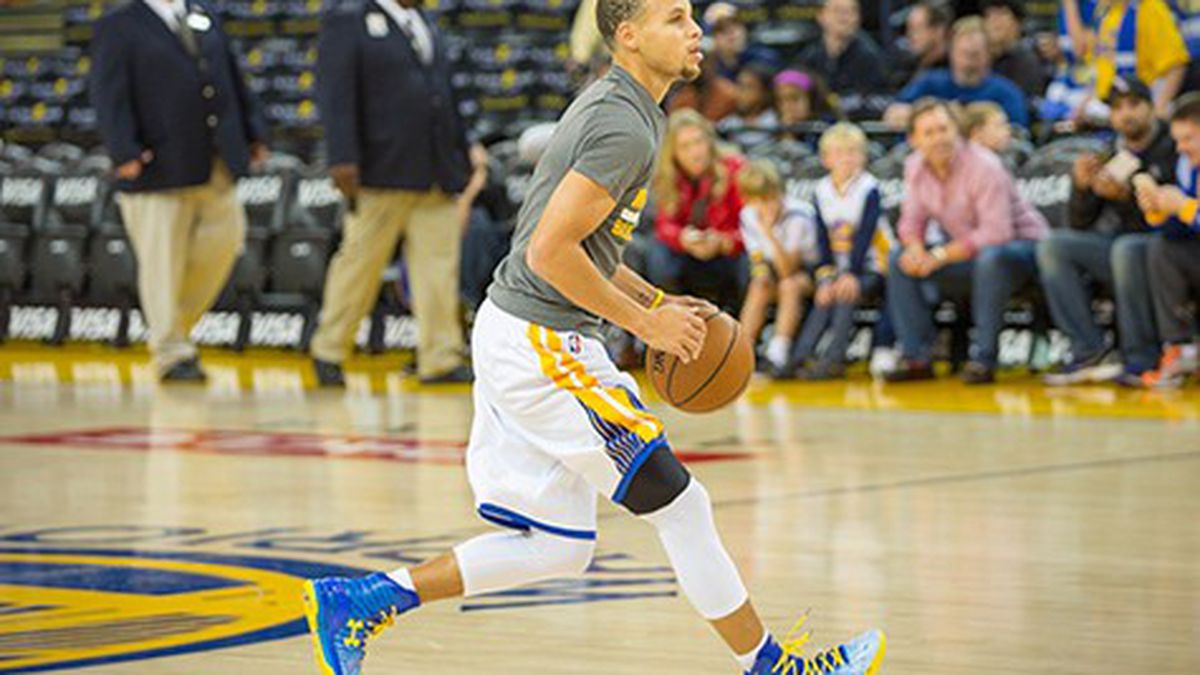 Passing is a contagion. One great passer begets a chain reaction.

1,077 is an impossible number. Impossible to ignore. The Golden State Warriors sank a record number of threes this past season. The team’s shooting revolutionized basketball.

It was their shooting that led to dethroning the Chicago Bulls single-season win record. Years from now, we’ll tell our grandkids there used to be two pointers.

Or, is it really about shooting?

Overlooked in the hoopla is passing, the unsung ingredient to high-percentage shooting.

Passing is a contagion. One great passer begets a chain reaction. It’s not just that players catch the bug to pass, but also that the doors of perception unlock. Suddenly, new angles and passing lanes are visible. Tough shots get easier. Passing informs a groupthink. It is, as the saying goes, woke basketball.

But it’s tough to advertise passing. For the second-straight season, the Warriors led the league in assists. The YouTube of top-10 Warriors plays begins with three straight no-look lob passes: Draymond Green’s overhead toss off the glass to Andrew Bogut, Curry dribbling along the bassline, drawing the defense toward him, only to dish an over-the-shoulder lob to Bogut; and a Curry steal at midcourt that becomes a no-look lob across court to a cutting Andre Iguodala. But there have been few sports-media think pieces about passing.

Their passes deliver the ball to places that optimize the receiver making a play. As a team, from Green to Bogut and off the bench with Shaun Livingston, players place passes in shooting pockets. A coach’s term for this is “hitting them in the numbers.” These precision passes enable Curry and Klay Thompson’s quick shooting releases. It’s how the Splash Brothers elude lockdown defenders.

For instance, did you know Green led the Warriors in assists and passes per game? He was two assists shy of 600 for the season. He doubled his per-game average, to 7.4, up from 3.7 in 2014-15. His season average of 14 points, 9 rebounds, 7 assists per game made him a point shy of the company of Magic Johnson, Larry Bird, and Oscar Robertson. But why get hung up on stats? The undersized frontcourt player gets more touches than LeBron James per game and handles the rock as much as ball-dominant guards like Chris Paul and James Harden, too. He’s critical for the squad’s ball movement.

This Warriors team is also coached by a guy who knows how it feels to receive a perfect pass. And in Steve Kerr’s absence, they were managed by Luke Walton, a pass-first forward in his time and son of one of the best passing big men of all-time.

A team buying into this mentality is no accident.

So, as Carmelo Anthony watches the playoffs from a recliner in Manhattan, it’s worth noting that he will not be reborn in October. Passing is an all-or-nothing culture.

The big question now is whether Oklahoma City knocking out an elite passing team, in the Spurs, spells trouble for a Warriors return to the finals? History counts teams like OKC as being at a two-on-five disadvantage — think the 2004 Lakers of Shaq and Bryant against the team-ball Pistons. But Russell Westbrook is magic. Oh, and that Kevin Durant guy.

Further down the playoff road, looming in the Eastern Conference is a this-year healthy Cleveland Cavs team, which broke the Warriors record this postseason by draining 25 long balls in a single game to trounce the Atlanta Hawks. Like the Warriors, the Cavs’ elite shooting stems from equally elite passing. If it shakes down to a Cavs-versus-Warriors finals, that 25 record feels temporary.

How long will 1,077 last? If this team remains intact, 1,077 will not stand 11 months from now. That said, chasing 1,077 is like Kobe chasing scoring titles: a futile side note in the game of collecting of championship rings. No ring this year, and no matter. Do not pass go.