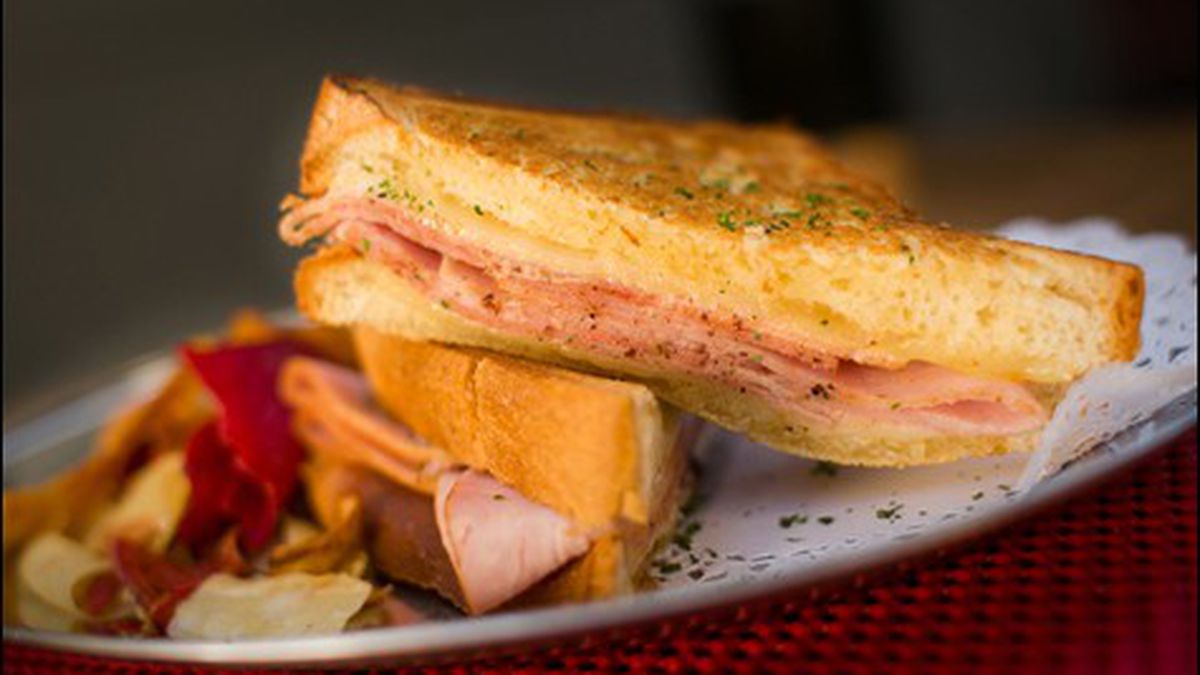 The French-American Experience at Café Clem and Café Jolie

You can get a good meal at these new Frenchy cafes. Just don't expect full-on Parisian authenticity.

For most of my life I never cared much about France — didn’t have a desire to learn the language, and thought of cooked snails as more of a Chinese thing than a French thing. Then my friend Catherine, a Francophile through and through, moved to Brittany and sent emails waxing poetic about the good life: the two-hour lunch breaks, the stinky cheeses you’d get locked up for selling in the States, the universal health care. She had me at two-hour lunch breaks.

Around that time I stumbled across a recipe for croque monsieur, which seemed like the fussiest grilled cheese sandwich ever: Why do you have to trim the ham into a perfect square? Why spend twenty minutes making a béchamel sauce consisting mostly of milk and flour?

But I ended up loving that first monsieur — the crispiness (the “croque“) of the browned edges, the perfect melding of ham and melted cheese and béchamel, the fried egg that made it a “madame.” Humble bistro food though it might be, it seemed like the height of French sophistication.

So when I heard that two new French cafes had opened — one, Café Clem, the rebirth of an old favorite; the other, Café Jolie, a newcomer in Alameda — I immediately thought of doing a “croque-off,” monsieur versus monsieur. As it turned out, neither cafe’s version was traditional — or strictly French, even — and I realized I needed to reevaluate my expectations: It wasn’t fair to go in expecting Paris.

Café Clem is the La Note spinoff that used to be a couple blocks from the Ecole Bilingue de Berkeley. It closed in 2008, but owner Dorothée Mitrani-Bell reopened the cafe a couple of months ago in a hidden-away eight-hundred-square-foot space across the street from the Berkeley Public Library’s main branch. The restaurant’s antiquey red-tiled interior is charming in the way only very tiny eateries can be, and its outdoor terrace is pleasant. It’s an order-at-the-counter kind of place, with a cheery and efficient staff.

The cafe’s biggest challenge, however, is trying to serve a full breakfast and lunch menu without a real kitchen.

This problem manifests itself mostly on the breakfast side of the menu, from which I ordered les oeufs maison: scrambled eggs with toast. Mitrani-Bell told me the organic eggs are steamed with a little bit of crème fraîche — not actually scrambled — to honor the “pure state of the egg.” This meant the eggs were neither fluffy curds nor a velvety custard, but rather one solid clump — vaguely school-cafeteria-esque, my wife observed. Worse yet, there was a pronounced sulfuric aftertaste. (For soft-scrambled eggs prepared the French way, stick with La Note.)

And Clem’s pain perdu au chocolat, a sort of pressed French-toast-and-Nutella sandwich, was dry — not having been dipped in much egg batter, if any — and needed something to offset the sweetness of the chocolate-hazelnut spread.

The best items were on the extensive sandwich menu. It’s true that the croque monsieur was basically a pressed ham-and-cheese sandwich — no béchamel, no melted cheese on top. Nevertheless, as a grilled cheese sandwich, it was very good. Even better — and unencumbered by prior expectations — was the saucisson beurre, which featured a baguette (toasted and well-buttered), imported rosette de Lyon salami, and sliced cornichons. Simple and delicious.

Since my wife mentioned cafeteria food: Every day at 11:30 a.m., Berkeley High’s 3,000 hungry teens hit downtown Berkeley in force, and thirty or so usually end up at Clem for their lunch break. One time I got caught in the stampede, but this only caused my feelings toward the restaurant to warm: Watching a scraggly-haired teen order in halting French and a girl with only five dollars have just enough to buy a sandwich, how could I not be charmed?

Over in Alameda, chef-owner Joann Guitarte calls Café Jolie a “French-American bistro,” and the restaurant perhaps tries too hard to recreate some Americanized ideal of Paris: Think lots of colorful posters of can-can girls. Still, it’s a bright, pleasant space, and contrary to some early online gripes, I found the service to be warm and attentive.

Guitarte and her partner, Bobeck Parandian, opened Jolie in March. If the cafe’s menu seems as American as it is French, that’s by design: The couple, which owns Bowzer’s Pizza on the other side of town, felt Alamedans wouldn’t go for a full-on French bistro.

So you end up with a mix: There are things like chicken strips and Cobb salad and a run-of-the-mill selection of egg dishes — the “Jolie’s Scramble” was pretty bland, the side of breakfast potatoes inadequately crisped. On the other hand, the pastries are imported from France since, according to Parandian, none of the local options are buttery enough. Having tasted both Jolie’s chocolate croissants, which were fine, and Feel Good Bakery’s exceptional version, available just across town, I call humbug.

As was the case at Clem, the lunch offerings at Jolie fared much better than the breakfast options. Of course there was the croque monsieur, which was more traditional than Clem’s version — a somewhat thin béchamel was at least offered on the side as a dipping sauce. The cheese on the outside needed more browning, but all in all it was a solid sandwich.

My favorite item? A chicken burger, of all things: The well-charred all-breast patty was surprisingly moist and had a little bit of a tang. This was served on a toasted brioche bun, along with a generous smear of garlicky aioli. A side of pale, thin-cut fries tasted better than they looked: crisp on the outside and fluffy on the inside, with a true potato flavor.