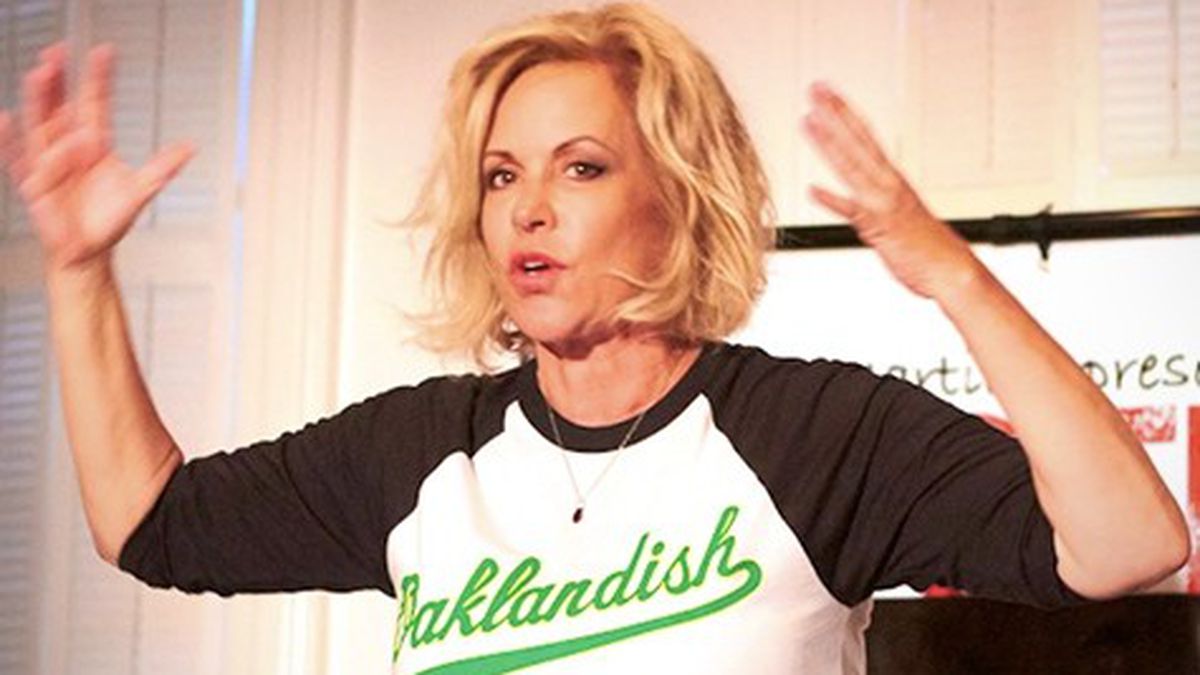 The all-day event will bring together the East Bay's best storytelling series for a full day of true, personal tales.

Kay DeMartini and her co-organizers for An Unruly StoryFest have an ongoing joke that a better name for the all-day storytelling event would be “vulnerability fest” — except then no one would come. In a recent interview, DeMartini, who produces the popular BustingOut Storytelling, explained that storytelling is unlike theater, unlike watching a movie, and unlike going to a reading. It’s more emotional and more honest because it’s real people telling true stories — often stories that they wouldn’t recount in another setting.

That’s likely one of the reasons that DeMartini has had so much success with BustingOut Storytelling, the monthly storytelling showcase that she has been producing in Oakland since 2013. But with An Unruly StoryFest, she is taking the narrative to the next level. The festival, which will take place at Geoffrey’s Inner Circle (410 14th St., Oakland) on September 26, will offer storytelling workshops during the day and a line-up of performances produced by five Bay Area storytelling series each presenting two stories, plus a story from Glynn Washington of NPR’s Snap Judgment, and a story slam that anyone can enter.

DeMartini got the idea for the fest when she brought BustingOut to the LA Storytelling Festival two years ago. She realized that the East Bay is such a hub of storytelling shows, that she had to bring them all together in a similar way to encourage crosspollination among producers, storytellers, and fans, while also welcoming newcomers to the scene.

On the day of the event, after the workshops, the line up will start with the Shout, a monthly showcase that normally takes place at Perch and features ten-minute awe-inspiring stories. Next, Oakland’s TMI Storytelling, hosted by comedian Gina Gold, will offer unadulterated stories that give a “hardcore” look at life. After that, “Mortified,” a Radiotopia podcast, will have people present embarrassing stories from their past. And next up, DeMartini will bring in storytellers from Los Angeles to introduce some outside flavor. Finally, local celebrity Glynn Washington will close out the show, followed by the winning story from the StorySlam, which will take place earlier in the day with the theme “firsts.” (Full disclosure: your humble author is one of the judges for the story slam.) Meanwhile, comedians will be telling funny stories on a different floor throughout the night in a show hosted by Emily Epstein-White.

For DeMartini, the more variety in a storytelling showcase, the better. She’s a proponent of getting new people on stage who have never shared stories before — such as bus drivers, sex workers, pizza makers, and tap dancers. “People need to hear stories from different walks of life,” said DeMartini. “That’s really why I’m into stories. It’s not for the sensationalism or to give people a microphone to just have them talk. I mean I really do think stories change the world. So make it a good one.”