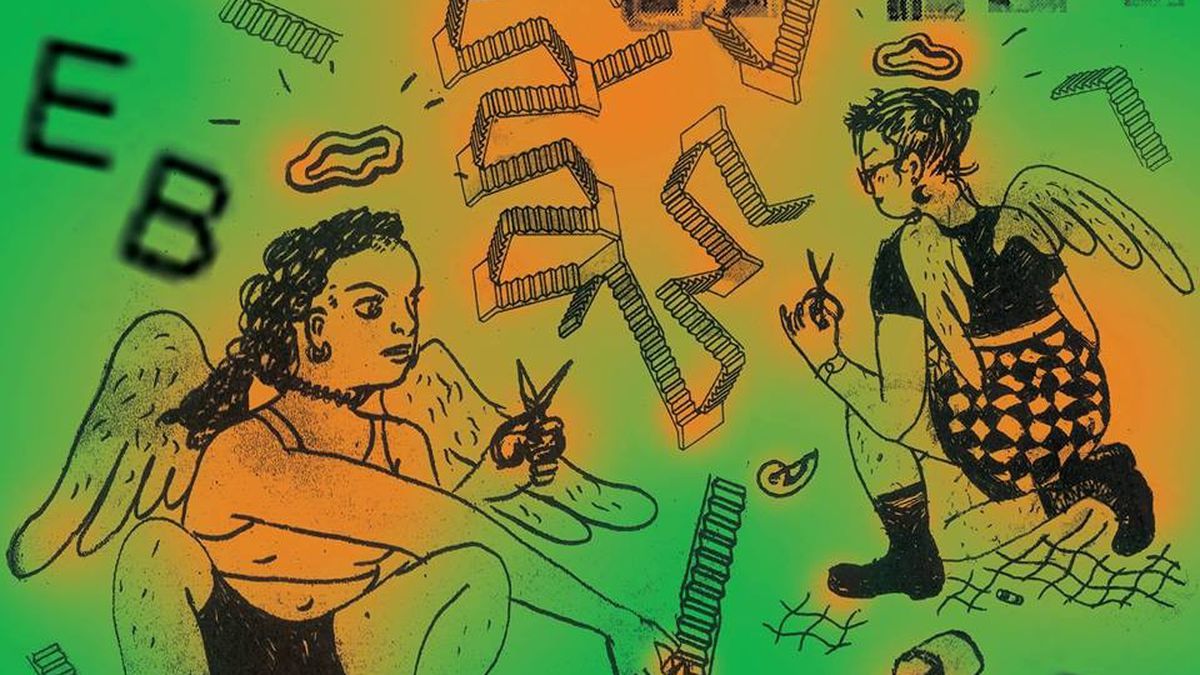 Check it out this weekend at the David Brower Center in Berkeley.

by Sam Lefebvre
Dec 7, 2016
For the past six years, the East Bay Alternative Book and Zine Fest enjoyed a synergistic partnership with Berkeley City College. Teachers were among the core organizers, students among the vendors, marginalized voices were amplified in an academic setting, and, through faculty support, the fest occurred in the school’s atrium at no cost to the all-volunteer staff.

This year, however, BCC unceremoniously severed the relationship.

Over the summer, EBABZ organizer Ara Jo explained in an event proposal formally submitted to the school’s business and administrative services department how, for years, the event enriched campus culture. Six faculty members signed it. And yet, according to Jo, the recipients didn’t deign to respond. Jo says she heard the word from on high, indirectly, through a sympathetic teacher, that EBABZ could rent the space — but for at least $2,400 more than the previous year.

“BCC apparently decided as a business to not learn about what we’d been doing every year, which I think is laughable and disrespectful to the faculty involved,” Jo told the Express.

Nevertheless, Jo and eight other core volunteers quickly adapted the BCC proposal for an Awesome Foundation micro-grant application, which snared enough money to secure another venue before the David Brower Center donated its space for the seventh annual EBABZ installment this Saturday. And this year’s installment, which received over 300 vendor applicants, features more first-time participants than ever.

Among the approximately 60 vendors are Jess Wu-Ohlson, whose introspective illustrations an writing explore queer, mixed-race identity and skateboarding; Bay Area Trans Writers Workshop, which encourages transgender people to tell their own stories directly to the public; and Two Photon, which illustrates complex scientific ideas in the simple visual vocabulary of handmade zines. Plus, there’s San Francisco mainstays V. Vale, proprietor of Re/Search Publications; and Maximum Rocknroll, the longest continuously published punk fanzine in the country.

Jo says that the festival features more zines that emphasize the experiences of queer people or people-of-color, and also individuals with chronic illness or mental-health issues. “I wasn’t around in the Eighties when people say zines were everywhere, like local news that everyone read, but we’re seeing a resurgence of the desire to be concrete about communication in light of the endless scroll of the internet.”

Local writers MK Chavez and Tomas Moniz, a Berkeley City College teacher and the editor of Rad Dad, founded EBABZ as the East Bay Alternative Press Book Fair in 2010. In 2012, Moniz partnered with Jo, Olivia Noelle, Jamie Mayne, and Crystal Moore, who were then all involved in the zine library at the Rock Paper Scissors Collective (which was forced out of its Telegraph Avenue location last year).

In 2014, EBABZ expanded into two floors at BCC. Last year’s installment attracted a record number of applicants and attendees. Jo is pleased that EBABZ found a venue on short notice this year, but she regrets that they had to downsize after seemingly perennial growth.

Heather Dodge is among the many BCC employees who are also disappointed that EBABZ relocated. A school librarian, Dodge proudly relayed that BCC is one of few community colleges with a zine collection. Academic libraries, she said, tend to promote works by “scholars who’ve gone to elite institutions and who are predominantly white men.” So, collecting self-published work is a way to “represent people who don’t see themselves in the usual image of higher education. That’s why it’s so important that we supported EBABZ.”

Dodge speculated that the trouble, from the administration perspective, is that EBABZ is an “outside organization” — even if it was co-founded by a faculty member — and wondered if, going forward, it could be reorganized as a student group to enjoy free use of the space once again.

Dodge also observed that, though there’s ample anecdotal evidence supporting the empowering qualities of zines, their impact is difficult to quantify in terms of, say, transfer rates or enrollment trends. Academic librarians, let alone zine-promoting academic librarians, “are constantly having to fight to justify our work when it comes to public dollars.”

The author and the Express are deeply saddened by the passing of Ara Jo, who did not survive Friday’s Ghost Ship fire. Jo is remembered as an integral community leader who inspired and emboldened her peers to feel free.
Facebook
Twitter
Previous articleOakland Firefighters Say Their Department Is So Badly Managed, Ghost Ship Warehouse Wasn’t Even In Its Inspection Database
Next articleCoal Terminal Developer Suing City of Oakland, Seeking to Overturn Ban on Fossil Fuel Exports
18,637FansLike
0FollowersFollow
67,429FollowersFollow