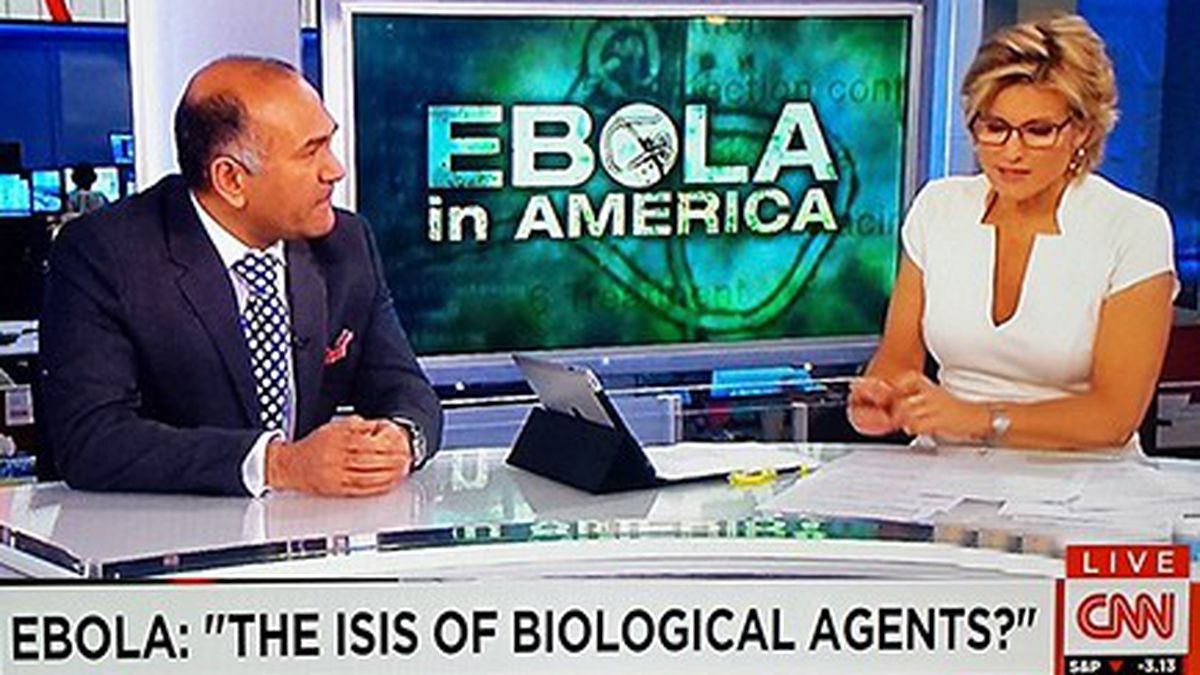 The Age of Fear and Disillusionment

The 2014 national elections revealed two major trends: Americans are scared and they don't feel like they can do anything about it.

For politics junkies in the East Bay, November 4 was a great night for local progressivism. But our local ideals seemed to have taken a beating nationally. While many pundits are focusing on the inside-baseball aspects of the election results, the more important factor is what the outcome said about the psychology of the electorate. Americans are fearful and anxious, for reasons good and bad. And those who hope for change in the country must take these fears seriously, and speak frankly about them. Just telling people to embrace audacious hope is not enough.

One cannot overestimate the fear that many Americans feel today. Though safely ensconced in their homes, millions of Americans, in the post-9/11 era, regularly sit in their recliners and watch a parade of horrors narrated by fearmongering commentators on Fox News and CNN. Mainstream media has always pushed blood and gore, but now there are new things — seen and unseen — to be afraid of, and they’re coming at us fast and furious.

Terrorists are everywhere! And they have nearly supernatural powers! The jihadists in Guantanamo are so scary powerful that we cannot even lock them up in Leavenworth (the federal prison that was strong enough to hold Al Capone). Ebola is coming to your town! Be scared to fly or shake hands or travel. Watch out for the invasion of the Central American children! These kids are about to overwhelm our borders. Be scared!

From the vantage point of the East Bay, it’s easy to ridicule these “horrors.” But the truth is, Americans these days have numerous fears that are real and rational. Many people, for example, suffer a quiet sense of economic panic. Millions have given up hope on even finding a job. The rate of participation in the labor market has been falling for fifteen years and the decline is accelerating.

In addition, for countless people, the prospect of enjoying a healthy retirement looks like a pipedream. During the stock market run-up of the last five years, 401(k) balances have actually shrunk. Why? Wages are stagnant, so people are spending what they should be saving. And, forget about saving enough to pay off your student loans. It seems like there is nothing that most people can do about their personal finances; only the luckiest of Americans have power to change their overall economic situations.

Plus, there are plenty of other things that we should be concerned about: Climate change, for instance, is real and approaching.

Fears, justified and unjustified, are supercharged by a subconscious feeling of impotence. Given that we live in the land of the American Dream, politically and economically impotent Americans don’t want to admit their situation. Politicians bellow that the “USA is Number One” and few Americans have the courage to publicly dispute this. But in our heads and hearts, in our communities or our personal lives, this “exceptional” status is quite hard to sense.

Fewer and fewer people believe that national elections matter much, and, to a large degree, they are right. An important recent study, “Testing Theories of American Politics,” by Princeton political scientists Martin Gilens and Benjamin I. Page concluded that “economic elites and organized groups representing business interests have substantial independent impacts on U.S. government policy, while mass-based interest groups and average citizens have little or no independent influence.”

Moreover, the political parties in this country are really not that different. The American people recognize this and the world recognizes this. The media blares about the clear choice between Democrats and Republicans. And on the left, digital organizers send us screaming emails about the next disaster that is going to happen to humanity unless we vote, write, sign an electronic petition, and send them a few dollars. But for most Americans, it does not make much of a difference who is in control.

Both Democrats and Republicans have run endless wars in the Middle East that drain our tax coffers and maim and kill our soldiers. The United States has tortured our “enemies,” thereby warping conceptions of ethics in our country. Both the Bush and Obama administrations ramped up our government’s spying program past-1984 levels — a development that represents the most serious threat to personal liberty in our lifetime. Both also signed numerous “trade agreements” that have had the effect of elevating the rights of multi-national corporations over those of smaller nations, as well as further subjugating human rights to corporate rights.

And on important cultural issues — like marijuana and gay marriage — the differences have not been that great. President Obama, of course, says some soothing words from time to time, but on issues dear to the heart of the Democratic constituency, like climate change and labor rights, the totality of his actions have been not that much different from that of a Republican administration. There is an incremental difference to be sure, but why should an average American care?

So, for all the voter suppression, racism, and Koch money in the 2014 election, the main trends were fear and a sense of impotence. Indeed, the results of the election gave us one glimpse of what happens when manufactured post-9/11 terror fears meet real post-industrial economic fears.

The manufactured fears deserve to be ridiculed. But progressives who wish to reverse the election trend must speak honestly to the real economic fears. If left unaddressed, the elite’s Project Fear will continue to prevail. And the results are likely to get weirder and weirder.

Categories We Didn’t Think Of: Sports and Leisure