Duke of Gloucester, come on down! 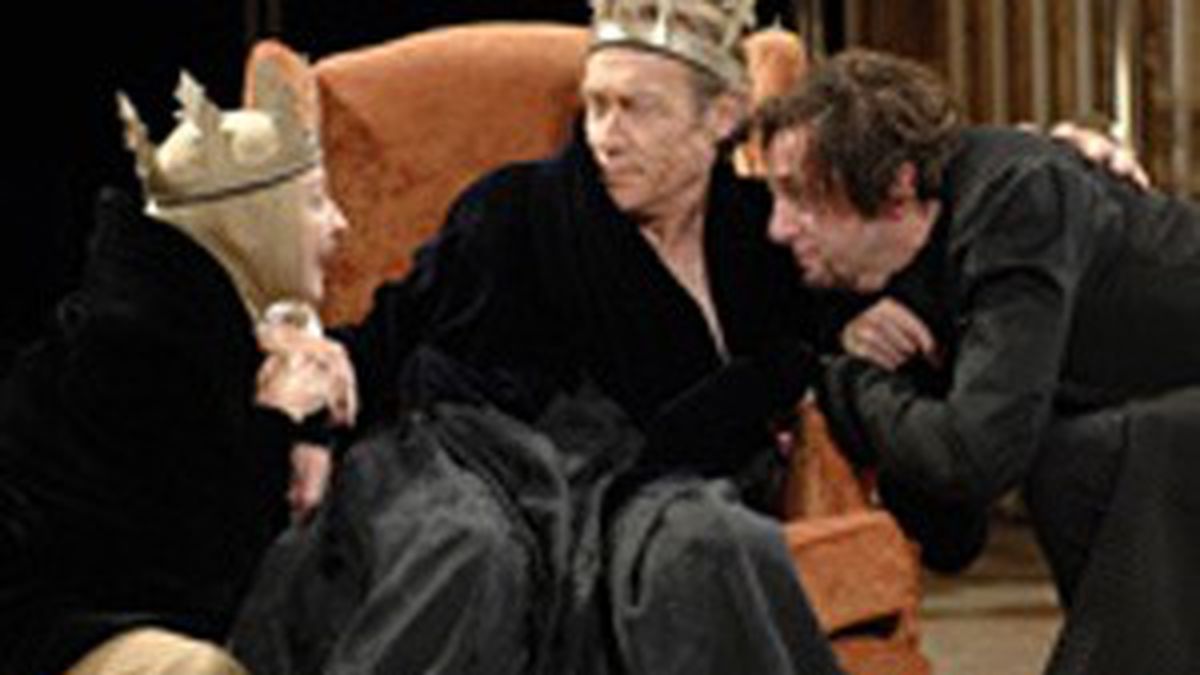 The hunchbacked duke of Gloucester who murders his way to the throne is easily among Shakespeare’s most delightful villains. As often as Richard’s soliloquies are played with a wink at the audience, it’s unsatisfying when the world winks back.

That’s the trouble with Mark Rucker’s staging of Richard III that kicks off California Shakespeare Theater’s season. Richard is an adorable scamp you can’t stay mad at, particularly as he’s surrounded by howling melodrama pitched so high as to be laughable.

Reg Rogers’ Richard is a hipster cutie with artfully rumpled hair and a limp that often gives way to skipping. He has a conspiratorially sardonic air whether he’s making puppy-dog eyes at a widow or barking a contemptuous “Ha!”

The antic tone undermines both the text and performances of usually reliable actors. Some marvelous lines in Richard’s wooing of Lady Anne (Susannah Livingston) over her husband’s dead body or ex-queen Elizabeth’s (Lorri Holt) encounter with other deposed mothers get lost amid the blubbering. Catherine Castellenos makes a blowzy and incoherent old Queen Margaret.

Some emerge unscathed, such as Sharon Lockwood’s commanding gravity as Richard’s rueful mother and Dan Hiatt’s subtle duplicity as Buckingham. James Carpenter packs so much power into his one scene as the sickly king that it’s a shame the play isn’t called Edward IV.

Strains of Kay Starr’s “Wheel of Fortune” and a flash of lights over Erik Flatmo’s skeletal set accompany each of the murders, a choice both striking and flippant. The constant flashing and music make the battle feel like a game show. Limp fight choreography doesn’t help, nor does the interminable scene beforehand in which Richard’s victims return in bad zombie makeup to curse him and bless his rival.

Katherine Roth’s black costumes vary randomly from courtly robes with ungainly trains to modern suits and hoodies. Lord Grey (Raife Baker) is dolled up as a glam-rock star, and poor hysterical Clarence (Max Gordon Moore) is murdered in his medieval tighty-whities. When Hastings (T. Edward Webster) laments in Keanu’s Matrix trenchcoat, it’s unfortunate that his “Woe” sounds so much like “Whoa.” When asked how to curse, mad Margaret advises, “Think that thy babes were fairer than they were, and he that slew them fouler than he is.” When our rascally Richard is like Bugs Bunny in a sea of Fudds, it’s hard to take his dastardly deeds seriously.