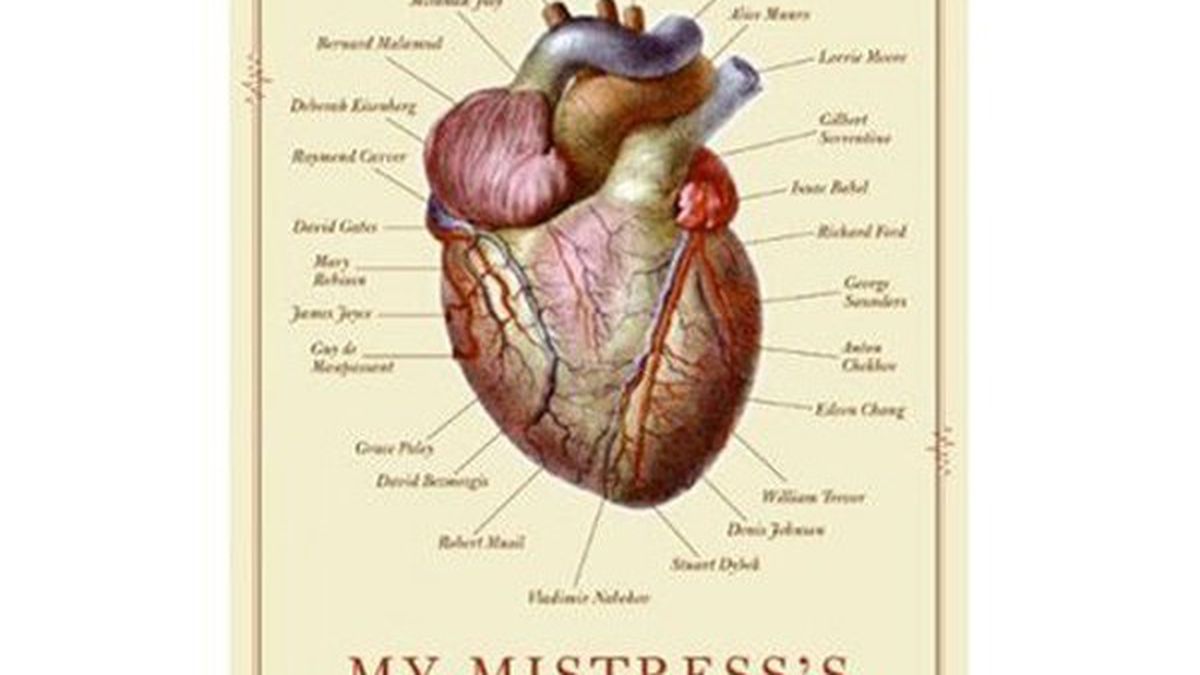 My Mistress’s Sparrow Is Dead

Harold Brodkey’s classic short story “First Love and Other Sorrows” opens with an atmosphere that will feel familiar to anyone who has lived through a real winter: “Slush fills the gutters, and dirty snow lies heaped alongside porch steps, and everything seems to be suffocating in the embrace of a season that lasts too long.” For some reason, it’s especially during this time that love seems like such a good idea. This must be the evolutionary biologist’s explanation for Valentine’s Day.

As Jeffrey Eugenides points out in the introduction to My Mistress’s Sparrow Is Dead: Great Love Stories, From Chekhov to Munro, “Evolutionary biology does away with love completely, finding in the novelist’s most dependable material — adultery and divorce — nothing more than a hardwired imperative to pass genes along to the next generation. Sexologists see only a chemical state of infatuation that lasts a couple of years, transforming thereafter, among even the most well-matched couples, into the bath-towelly togetherness known as pair-bonding. … Love stories depend on disappointment, on unequal births and feuding families, on matrimonial boredom and at least one cold heart. Love stories, nearly without exception, give love a bad name.”

My Mistress’s Sparrow Is Dead, which Eugenides edited, may lose him a few of the fans he acquired as an Oprah book club pick for Middlesex. The themes are manifestly brutal. Love is — and just as often isn’t — found in the sordid worlds created by Denis Johnson in “Dirty Wedding,” Miranda July in “Something That Needs Nothing,” and David Bezmozgis in “Natasha”; or the wistful worlds of Lorrie Moore’s “How to Be an Other Woman,” Chekhov’s “The Lady With the Little Dog,” and Nabakov’s “Spring in Fialta”; and in the complex resonant pain of Munro’s “The Bear Came Over the Mountain” (the inspiration for Sarah Polley’s Away from Her), Deborah Eisenberg’s “Some Other, Better Otto” and Raymond Carver’s immortal “What We Talk About When We Talk About Love.” Classics, like Joyce’s “The Dead,” are mixed in with the more recently written, like Stuart Dybek’s “We Didn’t.”

But there are the lighthearted exceptions. Grace Paley’s three-page masterpiece, “Love,” gleefully explores the bitterness between a writer and her husband, who stubbornly lists Dotty Wasserman, one of her fictional characters, as his former lover. He claims, convincingly, that expecting her to believe that he had an affair with Dotty is no less absurd than being expected to believe that she hasn’t had affairs with her fictional male characters.

George Saunders’ “Jon” is a story about two teenagers trying to escape a dystopic world where they are kept hooked up to Sims-like virtual realities and neurofeedback machines as a form of consciousness control. It’s dark, but there’s a loopiness that somehow hints that they may one day find a reality outside the only one they’ve ever known, “where the moon frowns down at this dude due to he is hiding in his barn eating Rebel CornBells instead of proclaiming his SnackLove aloud.”

Odds are it’s a reality much like the one in these stories, which may, but probably won’t, offer hope. (HarperCollins, 587 pages, $26.95)

All of us should read David Cay Johnston’s new book before we next vote. Not nearly enough of us will.

Perfectly Legal: The Covert Campaign to Rig Our Tax System to Benefit the Super Rich — and Cheat Everybody Else, Johnston’s last book, based on his tax reporting for The New York Times, explained how the US tax system is skewed in favor of the wealthy at the expense of the wage-earner. Now, Free Lunch: How the Wealthiest Americans Enrich Themselves at Government Expense (and Stick You With the Bill), full of clear narrative, plain language, and plenty of sources, addresses the use of subsidies, tax abatements, and incentives to transfer money from the taxpayers to private individuals and businesses.

For example, any accident on privately maintained rails that injures or kills an Amtrak rider, even if it’s the result of negligence on the part of the railroad company, is paid for by taxpayers. Johnston details how the rail companies responsible for maintaining the rail system insulated themselves from the responsibility for their own cost-cutting and negligence.

This scheming — what we call subsidies, tax incentives, and tax abatements, and what Smith called “bounties” — is repeated ad nauseam. Whether it’s to encourage a company to open shop or to keep a company from leaving, cities and states fight each other to see who can give away the most taxpayer money, while propagating the illusion that there’s financial benefit for locals. The net result? A handful of investors get richer, politicians who push the deals through get campaign contributions, and taxpayers get screwed.

Johnston’s examples start with sports (the Steinbrenner-Giuliani maneuvering for a new stadium in New York, the Supersonics’ attempted blackmail in Seattle, and the Rangers deal), then cover subsidies to companies like Daimler-Chrysler, Cabela’s sporting goods, and a world-class golf course in Oregon. His tales of student-loan usury, Conrad Hilton’s dealings, and Warren Buffett’s tax profiteering are rage-inducing.

If taxpayers were only taxed for public services, we’d all be a lot better off. Instead, we’re taxed to support business propositions that could never make it in a truly free market economy. The people sucking wage-earners dry are not welfare mothers, illegal immigrants, the disabled, elderly, sick, or needy. That giant sucking sound that comes from wage-earners’ wallets is made by rich folks with pumps at the end of their straws. (Portfolio)

By Alan Martin and Ashley Wood

Has Tank Girl grown up — or just boring? The cult comic series, on hiatus since the mid-’90s debacle of a movie adaptation, has been revived. Unfortunately, its namesake has lost her gutter charm.

In The Gifting, a collection of Tank Girl comics that came out in November, original series writer Alan Martin tries unsuccessfully to conjure up the old demented magic with artist Ashley Wood. At first glance, the union looks promising, as much of Wood’s previous work has revolved around young women embroiled in violent scenarios. His art, too, appears a good fit: stylish, versatile, and aching with cool glamour. But Wood is no substitute for original artist Jamie Hewlett, who is presumably busy with his recent project as co-creator of cartoon superband the Gorillaz.

With the original series, Hewlett proved himself an expert of the madcap, cramming each panel with manic energy, pop-culture references, and satirical self-awareness. Happy prisoner of her own malicious urges, Tank Girl’s bloody adventures hung together purely on the absurd. There was little need for overarching narratives as they just got in the way of the outlandish violence and gleeful crudity. Hewlett and Martin turned holes and loose ends into jokes: frequently the characters would break scene and quip about how bad the plot was — which is precisely the problem with the new series.

Perhaps to distance himself from Hewlett’s strong presence, Wood has recast Tank Girl into something of a fashion plate. She’s got a full head of feathery blond tendrils and a noirish post-Mod wardrobe, complete with vintage scooter. With her tailored minidresses and high-heeled boots, she looks more Bond Girl than the deranged army deserter she truly is. And much of the action falls flat as Wood refuses to revel in the grotesque — such as the toilet humor and blood splatter that are the series’ hallmarks.

Gone is the girl who flippantly sewed up her wounds post-battle, cigarette clamped between her teeth. Wood’s Tank Girl never gets a scratch, even during an epic shoot-out with sociopathic hillbillies. Hewlett wasn’t squeamish about letting bad things happen to his characters, relishing in their wounds and humiliations. And while Tank Girl always triumphed, she rarely emerged unscathed, at least physically. Without these consequences, Wood’s Tank Girl, though lovely, is a hollow caricature of her already outsize, cartoonish self. (Idw Publishing)

That Jazz Thing? It’s a Rap.