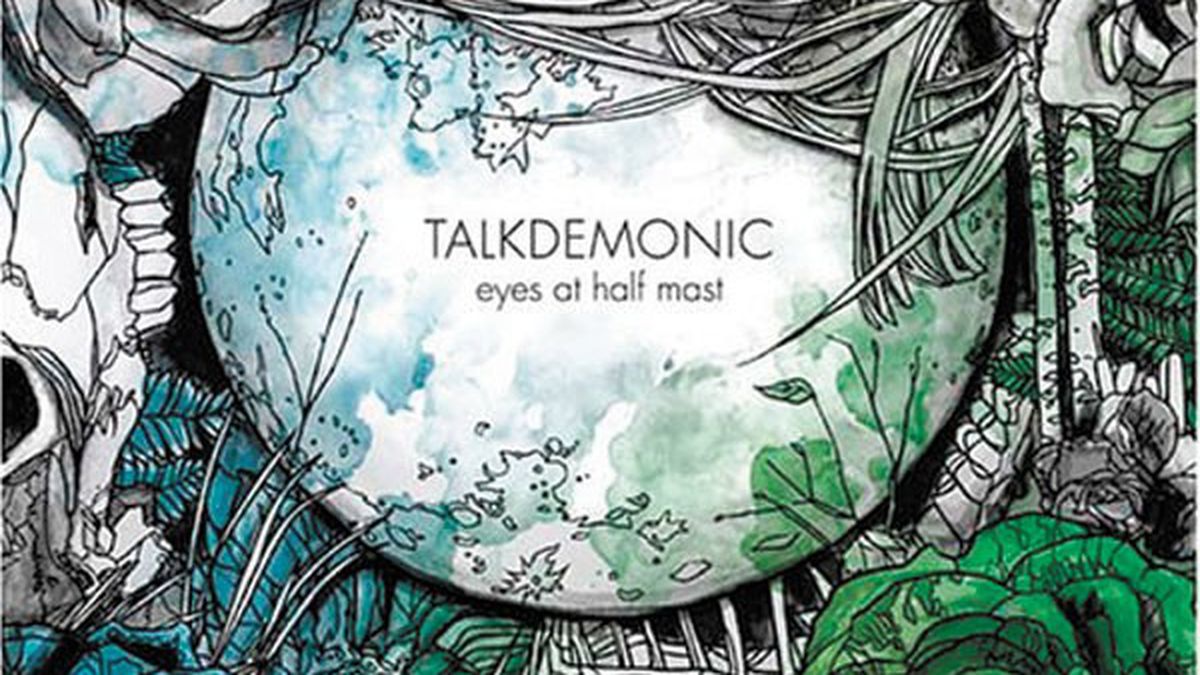 Eyes at Half Mast

The third album by Lisa Molinaro (viola, cello) and Kevin O’Connor (everything else) is haunting and melancholic, but it doesn’t hurt, even in a good way. Songs such as “Ending the Orange Glow,” “Tides in Their Grave,” and “Dust and Heat” feel warm and comforting, like a visit to an old-timey general store, albeit with a soundtrack by Brian Eno and Philip Glass.

It’s true that O’Connor and Molinaro flirt occasionally with minimalist composition (the building chord progression of “Black Wood Crimson”) and ambient expanses of sound (the quite-lovely closer, “A Hundred Faces in the Neon Forest”), dalliances that might put off indie-rock fans in want of a little more bite. Most Talkdemonic songs, however, are short enough that attentions won’t waver for long.

On the other hand, one wishes that the duo more often allowed song ideas to develop past the three-minute mark — only three of the fourteen songs exceed that length. On the other other hand, in Talkdemonic’s case, brevity makes the heart grow fonder. Remember what they say about magicians leaving the audience wanting more? This pair does. (Arena Rock Recording Co.)