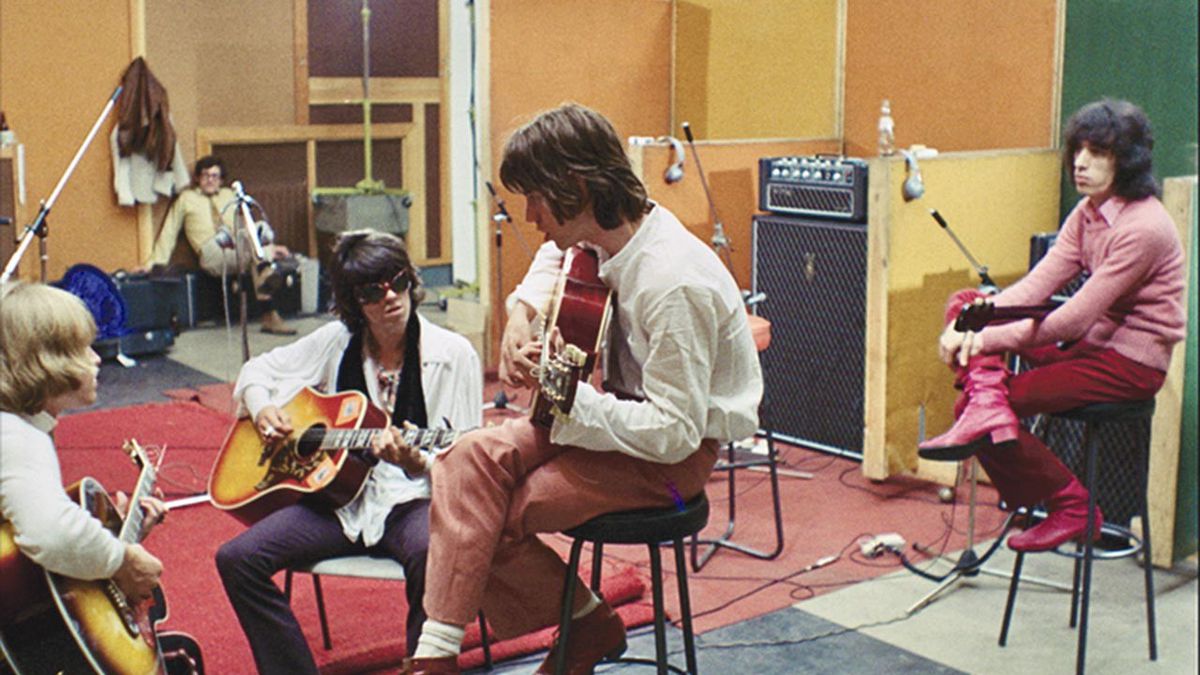 Sympathy for the Devil: Rolling Stones at Their Peak

A few notes on Jean-Luc Godard’s Sympathy for the Devil, playing this Friday in a revival of the director’s 1968 combination rock-doc and agit-prop, starring the Rolling Stones.

Frankly, Sympathy is showing its age. Half the film consists of such classic mid-career Godard moments as shots of armed Black revolutionaries in a junkyard reciting texts by Eldridge Cleaver, and random women spray-painting anti-Vietnam-war graffiti on walls and cars. Actor Anne Wiazemsky, the director’s then-wife, is shown traipsing around a forest while fielding inane questions for a film crew. 1968 was a time when many idealistic young people believed leftist revolution was possible, and the film captures that zeitgeist, however awkwardly.

But these days the cant and posturing can be pretty tiresome, especially compared with the other half of the documentary. In between the staged scenes, Godard’s camera visits the Stones at London’s Olympic Studios, recording songs for Beggars Banquet — with most of the vérité footage devoted to the band’s diligent working and reworking of “Sympathy for the Devil,” one of the Stones’ most argued-about tunes. It’s a remarkable portrait of the process of creating a masterpiece, on a par with The Wrecking Crew or Standing in the Shadows of Motown.

Mick Jagger and Keith Richards favor puffy shirts. Brian Jones, on the outs as the band’s one-time guiding genius, sits alone in his cubicle during the sessions, forlornly strumming a guitar. Is his mic even on? The song starts out as a folkish lament, then suddenly time has elapsed and they pick up the tempo with added percussion. We can see the song catch fire. One of the most intriguing shots has Jagger and crew laying down the final vocal track, with the emblematic “woo-woo” backing chorus. For these scenes alone, Godard’s coy call to revolution is a must-see for rock music aficionados. Sympathy for the Devil screens Friday, April 26 (7:30 p.m.) at the East Bay Media Center in Berkeley.&#8;