Contra Costa residents and environmentalists fighting pollution from oil refineries scored two wins at the board of supervisors yesterday. On a proposal by Phillips 66 for a new project at its Rodeo refinery, supervisors voted to send the proposal back for another round of environmental review. And they moved toward adopting new, stronger requirements as part of the county’s Industrial Safety Ordinance.

The previous environmental impact report (EIR) of the Phillips 66 proposal — to construct new storage tanks for propane and butane — was “flawed,” explained Catherine Kutsuris, director of the Department of Conservation and Development. Many comments from community residents, as well as a letter from the Bay Area Air Quality Management District, pointed out that the original EIR failed to address the “cumulative impacts” of the Phillips 66 proposal together with other local oil industry projects. In particular, the air district called for an analysis of the health impacts of two kinds of air pollution: “toxic air contaminants” and “fine particulate matter” (airborne particles so small they penetrate deep into the lungs). 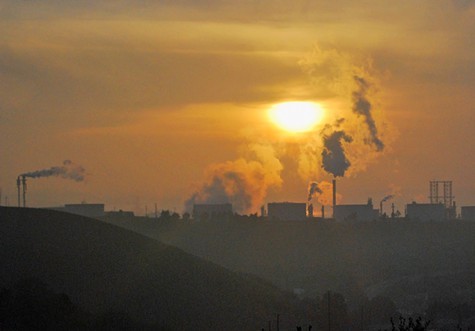 In response to these comments, Katsuris said, her department plans to do an analysis of these potential health impacts. She recommended including this analysis in a revised EIR to be re-circulated for another round of public review and comment.

At the invitation of Supervisor Federal Glover, Larry Silva, manager of health and safety at the Phillips 66 plant, described the environmental benefits of the project, including lowering sulfur dioxide emissions and the potential for flaring. He said other projects have not had to do a cumulative health impact and asked for fair treatment. But Katsuris pointed to new, stricter guidelines issued by the air district in 2011, which call for this kind of analysis. She noted that environmental impact reviews on other projects in Contra Costa County — those proposed by Chevron in Richmond and WesPac in Pittsburg — are also going through a re-circulated EIR process.

As in previous discussions of the proposal, refinery workers packed the chamber and spoke in support of the Phillips 66 project, while members of local groups such as Crockett Rodeo United to Defend the Environment (CRUDE), along with representatives of environmental organizations, supported the recommendation to revise and re-circulate the EIR. After a lengthy public comment period the supervisors voted unanimously to approve the plan to revise and re-circulate the EIR. Several noted the importance of a study of the cumulative impacts of current planned projects, including crude-by-rail, and noted that it was important to proceed carefully with the environmental review to avoid later problems and challenges.

Earlier in the meeting, the supervisors approved a plan to move ahead with changes to the county’s Industrial Safety Ordinance. The amendments were developed after the August 2012 fire and explosion at the Chevron refinery in Richmond. Supervisor John Gioia, who worked on the proposed amendments along with Supervisor Federal Glover and members of the Richmond City Council, said the amendments are based on the idea of requiring industrial facilities to adopt “inherently safer technology,” rather than just monitoring and trying to mitigate safety problems as they come up. This was the approach recommended by the US Chemical Safety Board after its investigation of the 2012 Chevron fire. The new regulations also include other recommendations by the CSB, including periodic safety reviews of industrial technology and processes. The board will take its final vote on the changes at its next meeting on June 17.