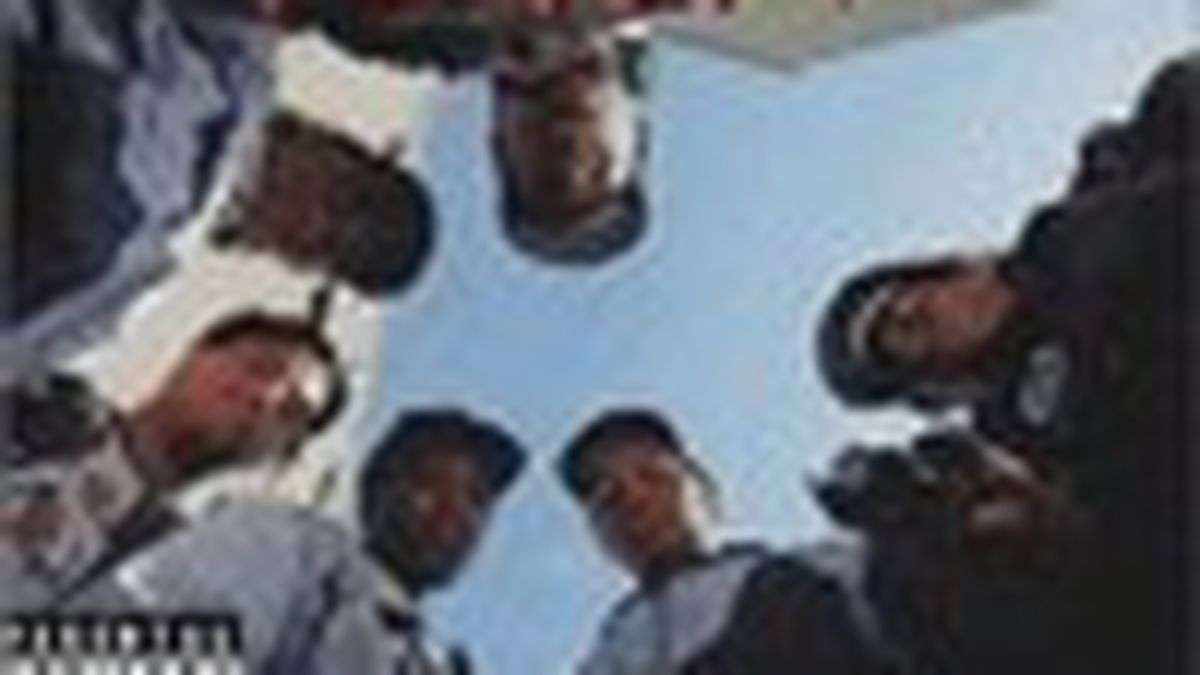 The ten most radical hip-hop records of all time, featuring NWA, Public Enemy, and ... Mos Def?

Hip-hop wasn’t always about Pimp My Ride antics and paint-by-numbers hit singles. Back in the day, some rappers had shit to say about racism, police harassment, and growing up dead-broke in the ghetto. This list of my personal Top Ten Most Radical Hip-Hop Discs Ever includes some of the most incendiary music ever put to wax, including quite a bit right here in the Bay Area.

Furious Fiver Grandmaster Melle Mel was among the first rappers to inject social commentary into early hip-hop’s ’70s funk-inspired party vibe, as best heard on one of rap’s most influential singles, “The Message.” The tune provided the template by sketching the now-familiar ghetto scenery of bill collectors, pimpmobiles, crappy schools, putrid alleyways, and random violence, with a skit at the end wherein the Furious Five crew gets jacked. The rest of the group’s most astute raps — “New York New York,” “Beat Street,” “White Lines (Don’t Do It)” — are all available on Greatest Hits.

A year before NWA released Straight Outta Compton, Ice-T was rapping about the exact same gangsta shit on Rhyme Pays. “Squeeze the Trigger” was his “Fuck tha Police,” while “6 ‘N the Mornin’,” a murder-and-mayhem-filled tale, was a minor underground hit. A onetime burglar and drug dealer, Ice-T rapped about his past exploits but didn’t glamorize them; he introduced Uzis, AKs, and beating up women to hip-hop (Run-DMC never rapped about any of that stuff), but was also insightful and moralistic in his own way.

Ringing like a rifle shot in a crowded theater, Straight Outta Compton burst up from rap’s underground with violence and fury, not to mention more fucks and bitches per song than any recording before it. With little help from radio or MTV, the album went double platinum and completely changed the face of hip-hop. Amid the shock value and locker-room humor, Ice Cube spouted legitimate gripes on the classic “Fuck tha Police”: Fucking with me because I’m a teenager/with a little bit of gold and a pager/Searching my car looking for the product/Thinking every nigger is selling narcotics/You’d rather see me in the pen/than me and Lorenzo rolling in a Benzo. The song so riled the FBI and police groups that they did everything in their power to get the group banned. Despite that, rap would never be polite or PG-rated again.

Orthodox Jews and various conservative media types were always freaking out about Public Enemy, whose message was in truth almost always as constructive as it was insurgent. Fear of a Black Planet contained a couple of seditious numbers that became actual hits, including “Fight the Power,” which contained the immortal lyric Elvis was a hero to most/But he never meant shit to me, you see/Straight up racist that sucker was/Simple and plain/Motherfuck him and John Wayne. “Burn Hollywood Burn,” meanwhile, took Hollywood to task for a century of racist stereotypes.

Antagonistic to virtually everyone, Ice Cube’s early solo albums are filled with some of the harshest words ever strung together. He snarled his way through AmeriKKKa’s Most Wanted, and Death Certificate infuriated just about every ethnic group imaginable. But The Predator remains his most radical and inimitable album, emerging from the LA riots with a decidedly anti-“Can’t we all just get along?” agenda. See, for example, “We Had to Tear This Motherfucker Up.”

This short-lived project from Ice Cube associates Shorty, T-Bone, and J-Dee was fierce and timely — furthermore, you never hear the words “devil” and “cracker” on rap albums anymore. Actually, nobody makes albums that sound anything like Guerillas in the Mist‘s militant Che Guevara swagger here in the ’00s, nor can you find a tune as blatant as “Freedom Got an AK,” a decidedly noncivil reimagining of the civil rights movement.

Paris earned a degree in economics, become a stockbroker, and reemerged late last year with the well-received Sonic Jihad. But he was most effective in the early ’90s, a militant rapper who wrote murderous songs like “Bush Killa” and the police-themed “Coffee, Donuts & Death.” Paris also rapped about white devils a lot but, like Public Enemy, he also turned a critical eye on the failings of blacks on “The Days of Old.”

One of rap’s most gifted and irate outfits, Oaktown’s Coup picked up (albeit on a smaller scale) where the Black Panther Party left off, fighting the racist police state with indignant raps and laid-back funk. Kill My Landlord was the duo’s ferocious debut, which sounded like a ghetto erupting. The song “The Coup” is an optimistic riot-stoker, while “I Know You” is a grim off-the-pigs anthem and “Kill My Landlord” lives up to its title. Local icon and MC Boots Riley still raps about class as fiercely as Public Enemy once rapped about race.

Though the Coup’s second album, Genocide & Juice, included some of the group’s cleverest tunes (“Repo Man” and “Fat Cats, Bigga Fish”), Steal This Album contains some of the deepest words ever put to music on the subject of poverty. “Breathing Apparatus” is a messed-up song about showing up at the hospital uninsured and broke, while “Underdogs” details kids sharing one toy in a penniless, one-parent family. As Riley howls on “U.C.P.A.S,” We don’t make no damn Mickey Mouse music!

Black on Both Sides is filled with black positivity that doesn’t fire off shotgun blasts like NWA, but instead drops its knowledge to cool jazz loops — a breath of fresh air, rather than a hail of bullets. Sometimes deep and sometimes just blabbing, Mos Def manages to pack a classic Russian novel’s worth of verbiage into each song. As far as positive hip-hop goes, Tribe Called Quest, Black Eyed Peas, and Jurassic 5 are responsible for groovier tunes, but Mos Def had a little more to say here.