The Arizona Supreme Court slapped down a dumb law that criminalized driving while sober in the medical marijuana state.

Arizona state law had held that anyone who tested positive for trace marijuana metabolites — which can stay in one’s system for up to six weeks after last use — was automatically guilty of Driving Under the Influence. The problem is: pot’s effects wear off in 60 to 180 minutes. Arizona, as a result, was imprisoning sober drivers. The state’s Supreme Court said that’s “absurd.”

In 2010, Maricopa County Attorney Bill Montgomery tried to lock up sober driver Hrach Shilgevorkyan after he was pulled over by police for speeding and making an unsafe lane change and a blood test showed marijuana’s inactive metabolite in his system.

Shilgevorkyan was charged with DUI and convicted; he then appealed the verdict. Arizona’s state Court of Appeals upheld the conviction saying the law “must be interpreted broadly.” But the Supreme Court found Tuesday that the lower court’s interpretation “leads to absurd results.”

“Most notably, this interpretation would create criminal liability regardless of how long the metabolite remains in the driver’s system or whether it has any impairing effect,” the Supreme Court’s ruling said. “For example, at oral argument the State acknowledged that, under its reading of the statute, if a metabolite could be detected five years after ingesting a proscribed drug, a driver who tested positive for trace elements of a non-impairing substance could be prosecuted.”

“It’s a victory for common sense,” wrote one Arizona columnist.

But these types of sober DUI bills are all the rage in law enforcement circles these past few years. 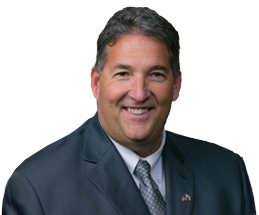 This year in California, Assemblymember Jim Frazier (with the help of state Senator Lou Correa) introduced a bill to criminalize sober driving, AB 2500.

Medical marijuana patients and advocates for common sense have had to fight these bills every year.

AB 2500 has since been amended from zero tolerance of “marijuana” to two nanograms of active delta-9-tetrahydrocannabinol per milliliter of whole blood.

The only problem is: active THC blood levels do not correlate to impairment. “It is difficult to establish a relationship between a person’s THC blood or plasma concentration and performance impairing effects,” the National Highway Traffic Safety Administration writes. That’s why the FDA will give you pure THC in pill form and let you drive on it when you “are able to tolerate the drug and to perform such tasks safely”.

That’s why these Washingtonians passed a driving test while testing at 16 ng/ml, three times Washington’s auto-DUI limit of 5 ng/ml. (Colorado has no “per se” limit, rather a presumed inference of highness at 5 ng/ml.)

It’s this unscientific nonsense that fuels contempt for law enforcement and legislators and the otherwise vital work that they do. Cannabis legalization offers a blank slate to get laws right. Let’s start with a law that makes it a crime to criminalize innocent people.