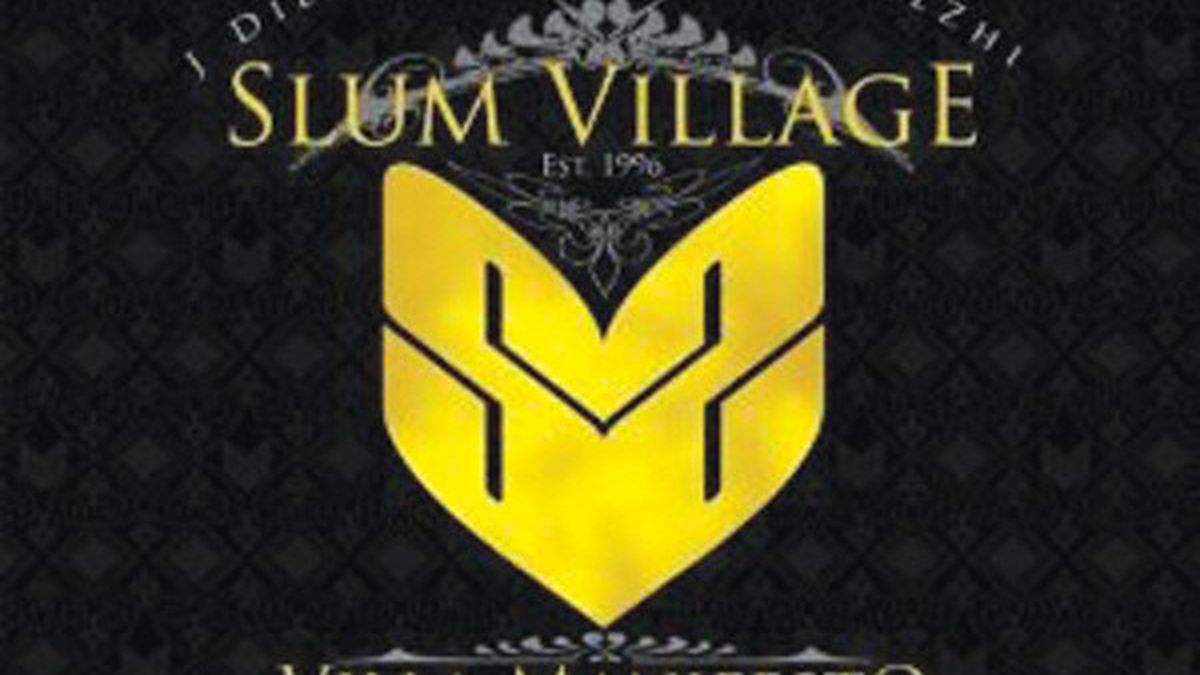 Enthusiasm for Slum Village‘s latest album has been considerably dampened by revelations that it is likely its last album. The group has battled an identity crisis that began when producer/emcee J-Dilla left the original trio, and was tragically exacerbated with the deaths of both Dilla and emcee Baatin. That leaves the third founder, T3, to maintain the legacy. Villa Manifesto patches the holes with post-mortem appearances from both Dilla and Baatin, as well as a notable cast of support, including Posdnuos of De La Soul, Phife Dawg of Tribe, and Big Pooh and Phonte of Little Brother. Young RJ handles the bulk of production, and shines with aggressive joints like “Lock it Down” and “Earl Flinn,” both perfect expressions of that “Slum” sound. DJ Hi-Tek fits right in with the crackling, subtly synth-layered “The Set Up.”

But the lead single “Faster” is an awkward choice — syrupy pop-hop isn’t what fans listen for in the gritty Detroit crew. “The Reunion Part 2” further confuses things: Baatin drops a solid verse, as does T3. But Illa J subs in for big brother Dilla with a verse that should have been left on the floor, while eLZhi, who filled Dilla’s vacancy all these years, is left off the track entirely. Oddly, Illa J gets the last word on the record, in an interview clip where he states that he and SV are “gonna do somethin’ in the future.” That could mean anything, and you can expect more quality work from the individual members of SV — including a reported wealth of unused vox from Baatin. But when a group’s “manifesto” lacks clarity, it’s time to call it a day. (E1 Music)