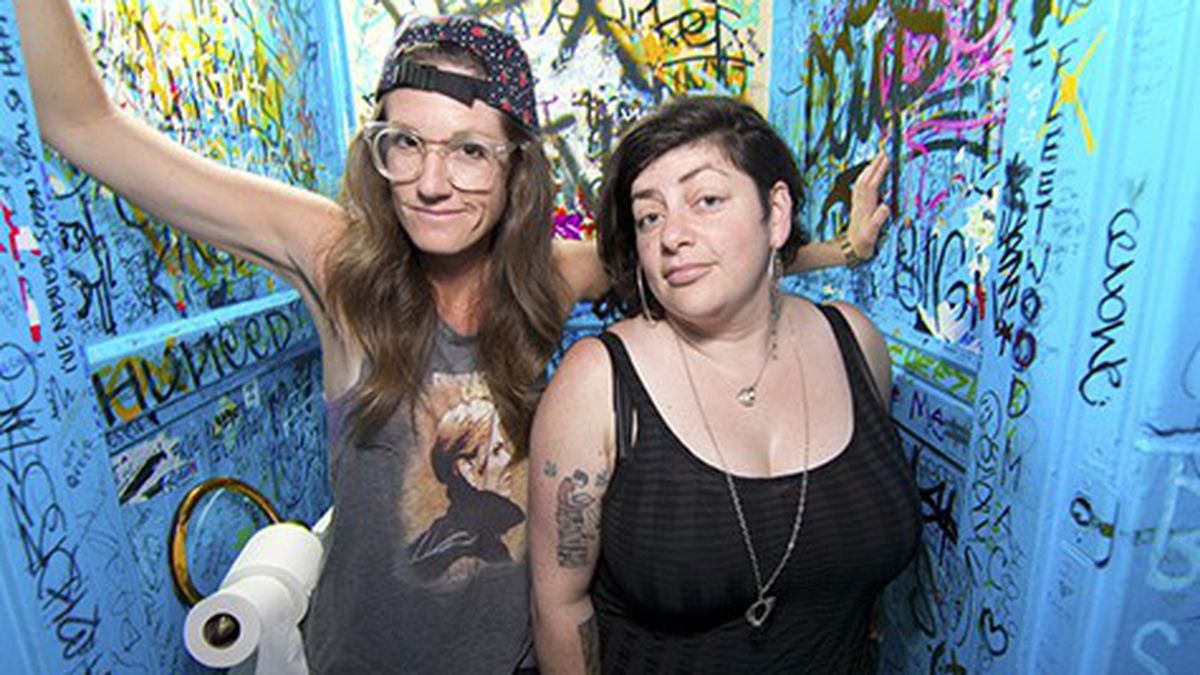 Years ago, filmmaker Susie Smith had a close friend who was auditioning for The L Word, the first lesbian-centric television drama, and wanted to do research on lesbian culture in San Francisco. Smith, of course, took her to the Lexington Club, the iconic queer lady bar in the Mission district that is closing its doors for the final time on April 30. Smith wanted to show her friend what the scene was like, even though, Smith recalled, “Of course, The L Word is nothing like the Lexington Club.” Regardless, the gritty dive bar experience appeared to have had the intended effect. Smith’s friend, Malaya Drew, ended up landing a prominent role on the show in season five. Drew played Adele, the one who Single White Femaled Jenny Schecter and stole her movie Lez Girls, for those in need of a refresher.

Smith’s story is one of countless tales that surround the Lex (as it is affectionately called) as a pivotal site for queer San Francisco culture and history — and that is precisely what the Lexington Club Archival Project is hoping to capture with its website, photo archive, and upcoming documentary (a short version of which is premiering at the San Francisco International Film Festival on April 30, fortuitously on the last day the Lex is open.)

Smith, whose documentaries specialize in urban storytelling (including the recent People Live Here), partnered with filmmaker and photographer Lauren Tabak (The Shepherd and the Guardian) for the project immediately after they learned about the bar’s closing. Both longtime San Franciscans, the pair was distraught over the Lex’s shuttering, which was announced last October on Facebook by owner Lila Thirkield. “I understand what a huge loss this is to the community,” Thirkield wrote on Facebook. “The Lexington Club had an incredible eighteen-year run. … We made some incredible memories, and we will make more.”

“When I saw that Lila posted that the bar was closing, I had this really emotional response — and it may have been because I had been drinking,” Tabak said in an interview at (where else?) the Lex. “I saw it and immediately sent her this blubbering Facebook message. … The next day I ran into Susie, and she was like, ‘Did you hear the news?'” Almost immediately after that, the two set to work gathering stories and photos about the bar and started the Lexington Club Archival Project online.

“We just sat down and did it right away,” Smith said. “People were already sharing stories online. That was one of the things that really caught me — seeing everyone posting their stories about how much they love the Lex on Facebook and thinking, someone needs to be capturing these. They shouldn’t just live in the Facebook world.”

In addition to stories, the folks behind the LCAP (which also include StoryCorps’ Jessica Arévalo-Hillen, writer and website-builder Anders Howerton, and graphic designer Dana June Baker, among others) are also looking for old Lex fliers, photos, and videos that people may want to contribute to the archive.

The funding for the project thus far has come out of pocket, but the GLBT Historical Society recently became a fiscal sponsor, and Tabak also set up a donations page on the website and launched a Kickstarter campaign for those who want to contribute.

Preserving queer women’s history is of particular importance to Smith and Tabak, because historically, most LGBT archives have tended to focus more on gay men. “For [the GLBT Historical Society] it’s important because they want to make sure they have a lot of women and trans stories,” said Smith. “It’s kind of funny because we went over there to do research, and they’re like, ‘Yeah, if you’re not finding a lot, that’s because you’re the one that’s doing it.'”

She continued, “For me, that’s been a huge impetus behind making [LCAP]. … It’s gonna be the easiest way to get people to have that one shared thing — you can then have all the stories of twenty years of San Francisco, dyke, queer, whatever.”

Not one to go gentle into that good night, the Lex is planning two goodbye parties on April 24 and 25 — in case Bay Area queers have not yet fulfilled their dreams of making out in the tiny, grafittied bathroom, which is practically a San Francisco rite of passage. If that is not your dream, the parties still promise local DJs, go-go dancers, and a commemorative giveaway designed by artist and former Lex-tender Tanya Wischerath.

San Francisco boasted America’s first lesbian bar, Mona’s 440 Club, which opened in the 1930s. With the Lex’s closing, questions loom about San Francisco’s cultural identity and where the next generation of queer women will go to flirt or find community. Even if you didn’t always enjoy the Lex, its existence spoke to something intrinsic about the Bay Area — its tight-knit communities, in-your-face queerness, and radical histories. Demographics shift, neighborhoods gentrify, and people move away, but with the help of the LCAP, hopefully we’ll always have collective memories of the Lex’s eighteen-year legacy.

As Tabak put it, “It’s about making a final product of a film, but it’s also about making sure that we’re getting stories and the oral history side of things.”