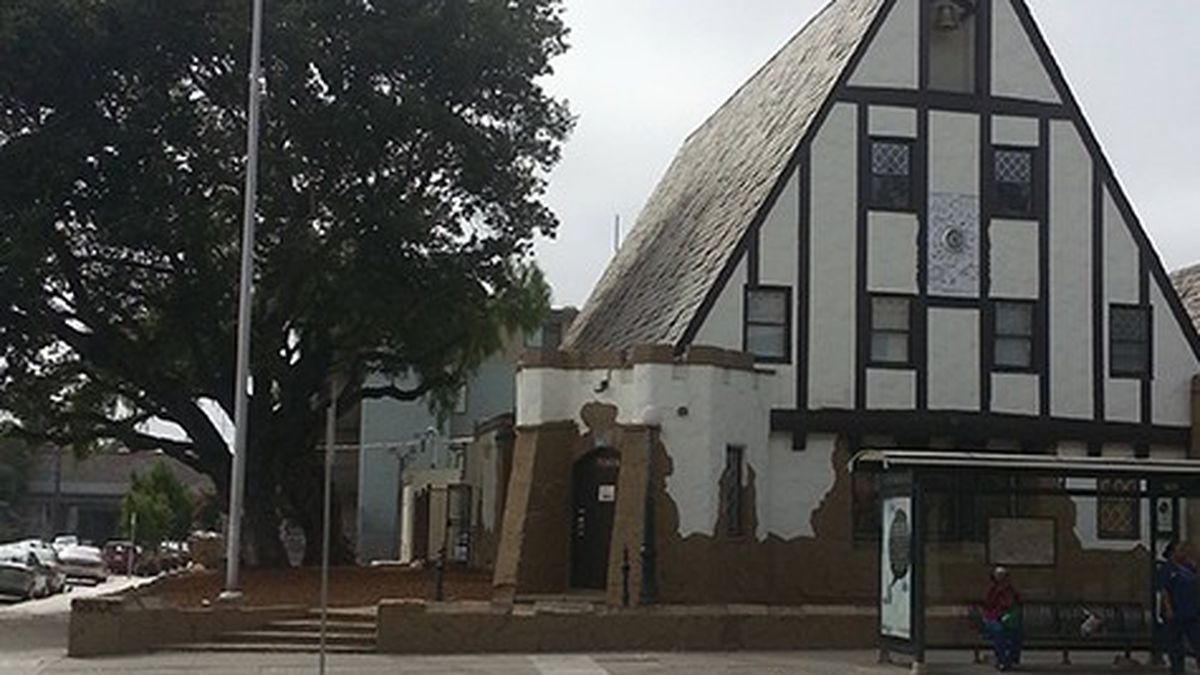 Oakland’s eighth medical cannabis dispensary Telegraph Health Center has a perfect acronym — THC — and a really solid collection of about twenty flowers, plus various concentrates and edibles available for patients.

Located at 3003 Telegraph Avenue, in a strip of medical offices close to Alta Bates Summit Medical Center, THC is the city’s newest and northernmost dispensary. It’s also the project of some political heavy hitters.

And the two-month-old dispensary is off to a great start. And the really nice thing about a new dispensary? No lines. We signed up in a few minutes and we were met in the main room by two enthusiastic budtenders.

That said, wear your lederhosen: THC has to be the only dispensary in the Bay Area — or California — with vaulted, Alpine ski lodge-style ceilings, exposed wood beams, and stained glass windows. In the sales case, we found a good selection of core strains that every dispensary should carry, and some real standouts.

It’s a veritable crop-toberfest at THC, with a must-try greenhouse-grown Blue Dream that the club calls Cloud 9. This versatile hybrid looked and smelled better than its indoor version, and was seriously potent.

During our visit, THC also offered a world-class knockout cut of San Fernando Valley OG Kush that could impress the most finicky, high-tolerance OG-lovers out there. The club’s selection of Cookies — especially the Sugar Cookies — stands up well to that of other clubs. Every new patient gets a free gram of Trainwreck or Cherry Cola. Usually we’re wary of such freebies, as they’re often sub-par. But not here. The Cherry Cola had a phenomenal taste and indica-dominant effect. Telegraph Health Center’s flowers aren’t tested for potency, but they are for microbials, which is nice.

While many communities ban marijuana dispensaries, citing fears of high crime, those that regulate them tend to attract strong local businesses and pad their bottom line at the same time. The Richmond Police Department reported this month that the city’s licensed dispensaries have generated $842,603.36 in taxes since they began paying them 2012.

Richmond set up licensing for dispensaries in 2010 and eventually increased the maximum allotment to a total of six permitted clubs. Four are currently operational. Dispensaries have to pay quarterly fees at the Richmond Police Department or face immediate closure, operators have said. RPD uses the money to fund its Regulatory Unit, which oversees medical marijuana dispensaries in the city, polices Alcohol Beverage Control (ABC) violations, regulates taxicabs, investigates smoking complaints, manages the city’s towing contract, and “complete[s] other investigatory duties as needed,” according to a city report.

Police Chief Chris Magnus told us last year that clubs haven’t caused crime in Richmond. But because of the federal crackdown on medical pot, Richmond dispensary permit-holders have had trouble leasing office space in the few parts of town zoned for dispensary use. This month, the city council asked staff to examine the idea of expanding dispensary zones to “light industrial” and “marine industrial” areas of town.

“By increasing the number of operational dispensaries by two, to the maximum allowable by council, this would increase the revenue generated by the Regulatory Unit by $125,500 annually,” Magnus reported.

It’s harvest season for squash, corn, tomatoes, and cannabis, and the deals are phenomenal. Harborside Health Center hosted a harvest celebration for what it dubs “sungrown” weed on October 18, with ounces selling for $125 (they’re normally $300).