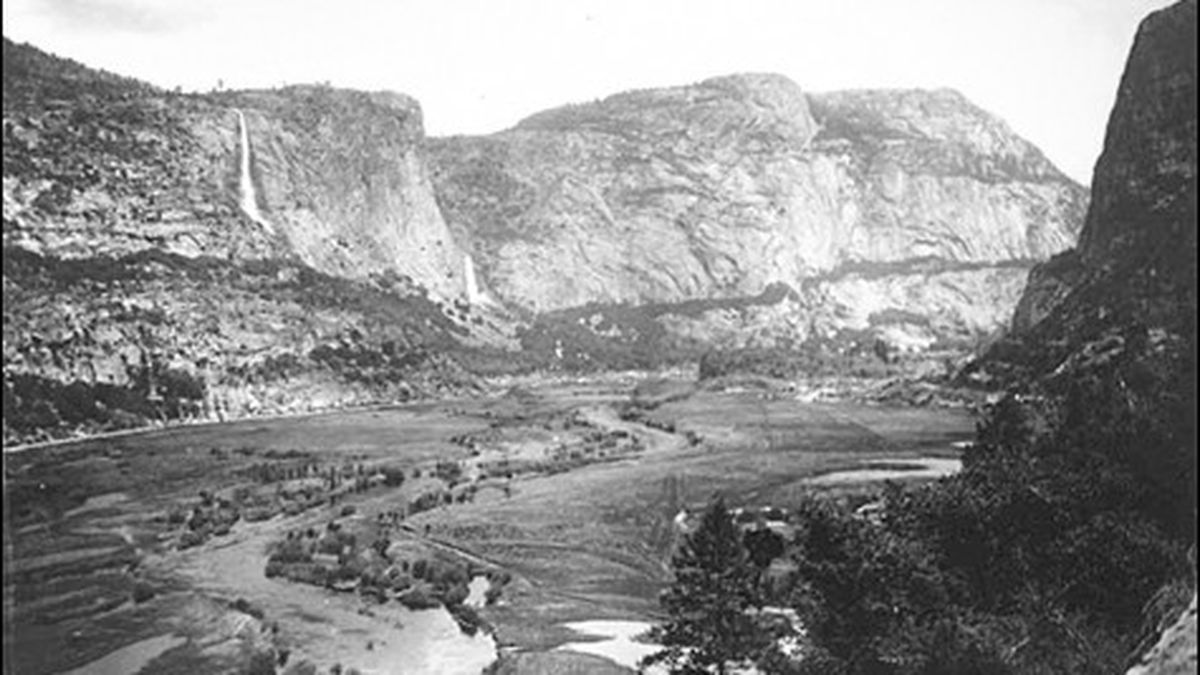 San Francisco Against the World

Can the city end its exploitation of Yosemite National Park?

The most controversial local ballot measure facing San Franciscans this November — whether to develop a plan to reform the Hetch Hetchy water system and restore Hetch Hetchy Valley — reflects a question that cities everywhere are grappling with. As geologist Andrew Alden asked in a recent essay about the measure, “Do we want to arrange our society as if nature really matters?”

Though San Francisco has a green reputation, it’s also the only US city ever to have built a dam in a national park. In 1913, over the passionate objections of nature-lovers and newspaper editorial boards nationwide, Congress permitted the city, which had recently suffered a devastating earthquake and fire, to clear-cut and flood Hetch Hetchy Valley in Yosemite National Park for use as a reservoir.

The Water Conservation & Yosemite Restoration Initiative, Proposition F on the San Francisco ballot, would require the city to develop a plan for a more sustainable, less environmentally harmful water system, including the use of groundwater, rainwater, and recycled water and the return of Hetch Hetchy Valley to the National Park Service for restoration.

Given San Francisco’s reputation for leadership on environmental issues, you might think its civic leaders would have voluntarily developed such a plan long ago. Instead, San Francisco’s political establishment has exhibited an ugly sense of entitlement on the issue. San Francisco Mayor Ed Lee called Proposition F “insane.” US Senator Dianne Feinstein, who thwarted a 1988 effort by the US Department of the Interior to study the issue, even called Hetch Hetchy Valley San Francisco’s “birthright.”

Alarmed by the prospect of voters taking charge of their water system, San Francisco politicos have been spreading misinformation. They claim that the ballot measure would slash the city’s supply of water and power, when actually it wouldn’t affect the water system at all; it simply requires the city to create a task force to develop a water reform plan by 2015. In 2016, voters would determine whether to implement the plan.

Though green-minded San Franciscans may feel discouraged and embarrassed by such opposition, they should take heart: beyond San Francisco’s borders, support for reforming the city’s outdated and harmful water system is actually strong and widespread. “The way San Francisco takes advantage of its bountiful water from the Hetch Hetchy Reservoir would make John Muir weep,” the Los Angeles Times stated in an editorial. “The issue is not only how San Francisco uses its water but whether there’s any rationale, a century later, for the dam and the deal,” wrote The New York Times. “It’s time to move into the 21st century,” urged the Sacramento Bee.

Jay Lund, a professor of civil and environmental engineering at UC Davis and a prominent expert in the state’s water systems, found that “even with much greater future water demands and a drier, warmer future climate, removing O’Shaughnessy Dam has little effect on the Hetch Hetchy System and water deliveries to demand regions.”

Lund’s report won the best paper award from the Journal of the American Water Resources Association, and inspired a Pulitzer Prize-winning series of editorials from the Sacramento Bee that advocated for restoration. “If Californians pull back and take a broader look, they will see that Hetch Hetchy is not San Francisco’s birthright,” the Bee wrote. “It is the country’s.”

The opening up of another valley in Yosemite, should the dam be removed, would provide potentially big economic benefits from new visitors coming to the area, said Ellen Hanak, an economist specializing in water policy at the nonpartisan and nonprofit Public Policy Institute of California.

Studies by the federal Bureau of Reclamation, the state Department of Water Resources, and others show that restoring the valley is technically feasible. According to a National Park Service study, the sediment load of the Tuolumne River appears to be quite low. “There’s not a lot of uncertainly in the science,” says Peter Moyle, a professor of fish biology at UC Davis. “You’d get a pretty good ecosystem in fifty years after the reservoir had been drained. In the end, it’s a political question.”

Restoration of Hetch Hetchy Valley is supported by Democratic Congressman John Garamendi, who served as Deputy Secretary of the Interior under President Clinton; Huey Johnson and Douglas Wheeler, who each served as California’s Secretary for Natural Resources; three former superintendents of Yosemite National Park; and numerous environmental organizations.