His plans for Alameda may surprise both friends and critics of Oakland's outgoing city attorney. 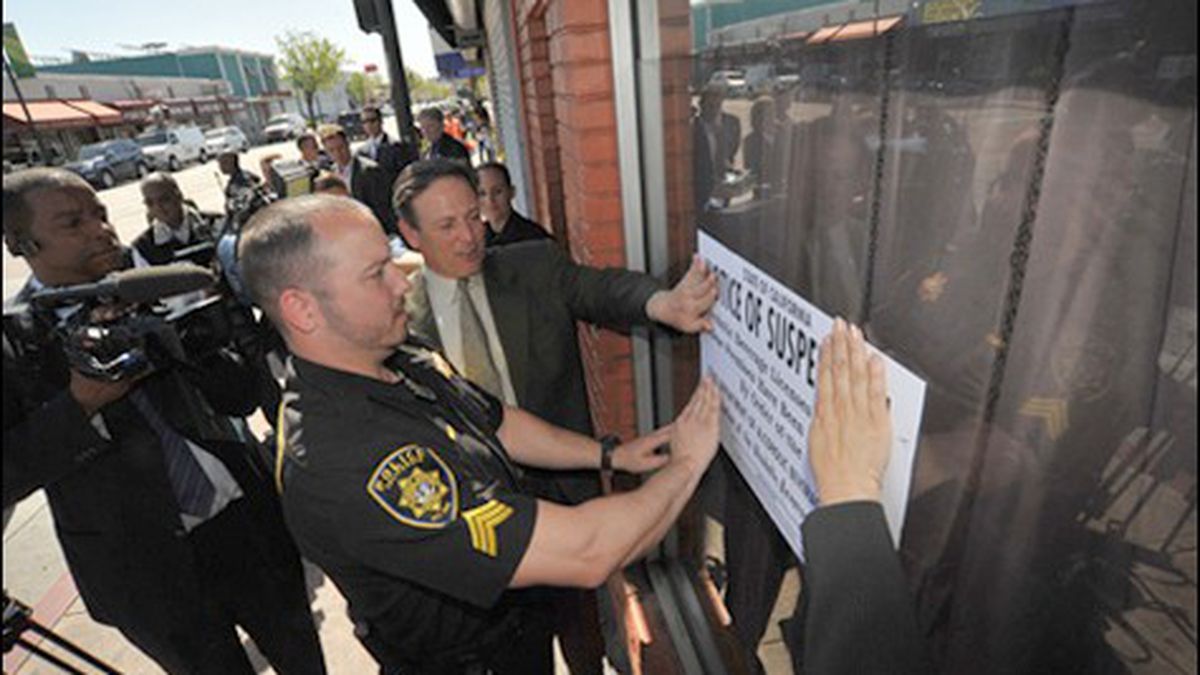 A crowd of cheering supporters greeted John Russo on May 3 at Alameda City Hall. City councilmembers had just appointed him as their new city manager on a 4-1 vote, after city and community leaders offered a string of testimonials to the qualifications that they said put Russo ahead of 69 other candidates for the job.

“I believe, in Mr. Russo, we have the opportunity to bring a game-changer to sit in the city manager’s chair,” said Alameda Vice Mayor Rob Bonta. “He just comes to the table with so much.”

Alameda’s leaders have pinned their highest hopes on Russo, 52, who officially arrives on June 13 after more than sixteen years as an Oakland city councilman and as Oakland’s elected city attorney. As Alameda’s seventh city manager in five years, Russo will be expected to resolve the city’s looming budget and pension problems, hire a string of permanent department managers, and overcome leaders’ chronic inability to move forward on a plan for Alameda Point, which Russo has called the best development opportunity in the Bay Area.

He will leave behind a running feud with Oakland Mayor Jean Quan that has threatened to eclipse a career dotted with accomplishments. The Alameda council’s ruling troika — Bonta, Councilwoman Lena Tam, and Mayor Marie Gilmore — have been friends and political allies of Russo’s for several years, and even Doug deHaan, who voted against hiring Russo over concerns about the size of Russo’s salary and recent campaign contributions to the trio, said he looks forward to working with him.

“We obviously have high expectations for John, and I think he’ll meet all those expectations,” said Tam, who, like others, said she hopes Russo will use his experience and political connections to move Alameda forward.

Oakland’s City Council will have sixty days to choose a new city attorney to fill out Russo’s term; Councilwoman Jane Brunner and Barbara Parker, a Russo deputy, are reputed to be the top candidates for the job. “I do think he will do a great job for Alameda,” said Oakland Councilwoman Rebecca Kaplan, who said she hopes the move will bring about stronger ties between Oakland and its island neighbor.

Russo’s supporters have praised him for his independence and his willingness to do what he thinks is right — traits that critics say have made him overly political and tough to work with, but ones his backers feel will help him push policy initiatives through a council whose members have not always worked well together.

As a councilmember in the 1990s and chair of its finance committee, he helped Oakland balance its budget, and as president of the League of California Cities, he helped draft Proposition 1A, which curtailed state lawmakers’ ability to raid local treasuries. As city attorney, he fought for government transparency.

On that May evening, he vowed to stabilize Alameda’s finances and ensure its government is accountable. “I’m gratified that so many people I respect came up to speak about me today,” Russo said. “Every one of them will be mad at me by the end of this year, for something.”

Russo’s supporters, and even some of his critics, think he and Alameda may be right for each other. They said the onetime legal aid lawyer’s politics, which have shifted from his early days in Jesse Jackson‘s Rainbow Coalition to a stance that may be described as law-and-order liberal, may be a good match for the island city, which has seen its own political leanings drift from its once-conservative base.

And while some have said they fear Russo will grow bored without the big stage and big problems Oakland afforded him, others believe the Alameda job will offer Russo, who holds an economics degree from Yale, the opportunity to take on some major issues that didn’t fall under his purview as Oakland’s city attorney. In taking the Alameda job, Russo also has thrust himself into a city known for vigorous debate over even seemingly small issues, like the proposed height of a homeowner’s roof. Both his backers and some people who have disagreed with him on issues tout his ability to work with others. However, he also developed running feuds with several Oakland city councilmembers during his years as city attorney.

In an interview, Russo conceded that his rocky relations with Quan, which preceded her ascent to the mayor’s office, led to his exit. While leaving Oakland is “bittersweet,” Russo said he’s “super excited” about his new gig.

Over the past few weeks, Russo has made several appearances in Alameda and met community leaders and interest groups. “There’s nothing boring about Alameda government,” he said. “It’s got tremendous issues.” He also said he insisted on a five-year contract and that he’s not running for political office anytime soon.

The most urgent of the city’s issues, Russo said, is the development of Alameda Point, an effort he plans to open with a vigorous campaign to attract a planned second campus for Lawrence Berkeley National Laboratory. His other plans for the former Naval Air Station also may surprise both his friends and critics. Some of his supporters believe he will push for high-density housing, while foes have intimated that his hiring may signal the return of former Alameda Point developer SunCal. But Russo, who’s planning fall talks with the Navy, which still owns the land, said he thinks that building housing may be too costly for Alameda, and that he may not be interested in bringing in a master developer at all, let alone SunCal, which burned bridges with councilmembers and residents. “It may be that residential [development] should not be the primary focus of development on the Point,” he said. “It doesn’t make a lot of sense to me for Alamedans to pay for spanking new infrastructure at Alameda Point at the expense of allowing existing infrastructure in a very nice town to go down the tubes. We don’t need growth for growth’s sake at Alameda Point.”

He proposed a “rally of singles” approach to developing the Point, instead of the “grand slam” master developer approach that Alameda has attempted twice, without success.

Russo also said he’d ask policymakers to take a mulligan on their efforts to lease the Chuck Corica Golf Complex, where he and his twin sons golf, to KemperSports. The private contractor wants to shrink the complex’s two 18-hole courses, a proposal that has angered local golfers. “Given the circumstances, we may be best served to go back out to the market and look,” Russo said. “We need to get this right. It’s not the sort of thing where you can come up with a solution and tweak it three years later.”

Russo said he plans to appoint Lisa Goldman, currently serving as acting city manager, to be his second in command; he’s known Goldman for a decade. Currently, she’s leading the city’s effort to trim $7.4 million from next year’s budget, and the city is considering layoffs to help close the gap. Russo anticipates helming efforts to settle Alameda’s pension liabilities, offering a ten-year workout that could include increased employee contributions. He also is proposing “flatter” city departments with fewer managers.

Russo also is seeking to make Alameda’s city government more user-friendly, a task he’ll delegate to Alex Nguyen, who will follow him over from Oakland. Nguyen headed Russo’s Neighborhood Law Corps, a groundbreaking program that allowed Oakland residents to access his office to solve quality-of-life issues, taking on slum lords, liquor stores, and other blight. Russo, however, was quick to say that people won’t always be happy with the solutions he proposes for Alameda. “Real decisions mean real disappointments,” he warned.

But even those caveats aren’t enough to dissuade boosters like Kate Quick, a former president of Alameda’s League of Women Voters who sat on a community panel that interviewed Russo and two other finalists for the city manager’s job. “He brings a bigger world view to Alameda,” Quick said.

Previous ArticleAre Alameda’s Firefighters too Powerful to be Reformed?

Next ArticleWednesday Must Read: Brown and GOP at Budget Impasse; Huge Snowpack Could Cause Flooding