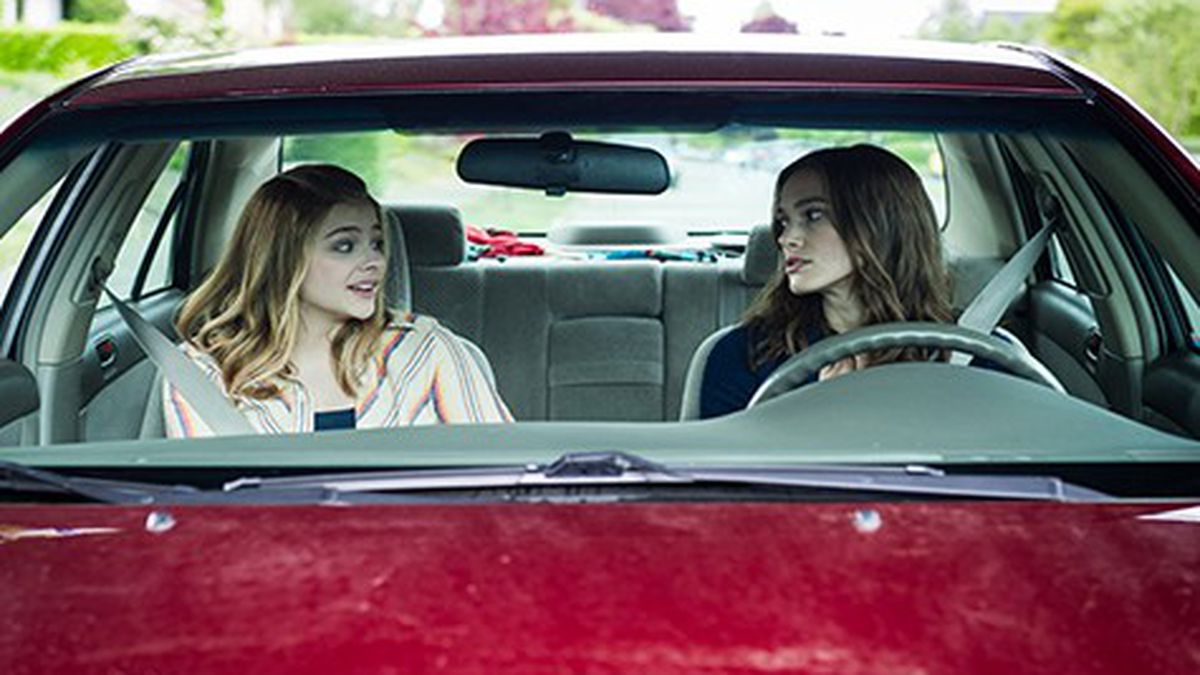 Keira Knightley ventures into strange territory in Laggies. Instead of her typical glamorous haunts in Imperial Russia (Anna Karenina), Carl Jung’s Swiss clinic (A Dangerous Method), or the hangouts of Manhattan hipsters (Begin Again), Knightley’s character, Megan, finds herself in suburban Seattle, as a bewildered 28-year-old slacker in the midst of a “quarter-life crisis.”

Ten years after high school, Megan is still trying to decide what to do the rest of her life. Her square girlfriends are well on their way to a country-club existence of weddings, gossip, and supercilious obligations, and her live-in boyfriend Anthony (Mark Webber) is so spineless she can barely stay awake in his presence. Anthony proposes to her and Megan sheepishly accepts, but her heart isn’t in it. Meanwhile, Megan’s father (Jeff Garlin) reveals himself to be a faulty example of parenthood. What is she doing with these people?

Waiting for Chloë Grace Moretz and Sam Rockwell to grab her and shake her, that’s what. In one of those coincidences beloved by writers such as Jane Austen and Greta Gerwig, one night after Megan has escaped a boring party, she is approached outside a liquor store by three teenagers, led by Annika (Moretz). They want her to buy them a six-pack. One thing leads to another, and soon the fugitive Megan is sleeping on the floor of Annika’s bedroom and answering questions of the “Who are you and what are you doing with my daughter?” variety from the girl’s single dad, a divorce attorney named Craig (Rockwell). They all end up getting along famously, of course.

Megan is merely taking a stay-at-home road trip to clear her head. Knightley, Moretz, and Rockwell make a surprisingly attractive little family unit once they warm up to each other. Under the direction of Lynn Shelton (Touchy Feely, Humpday) and Andrea Seigel’s screenplay, all three actors behave exactly the way we would want them to, with minimal corn and maximum congeniality.