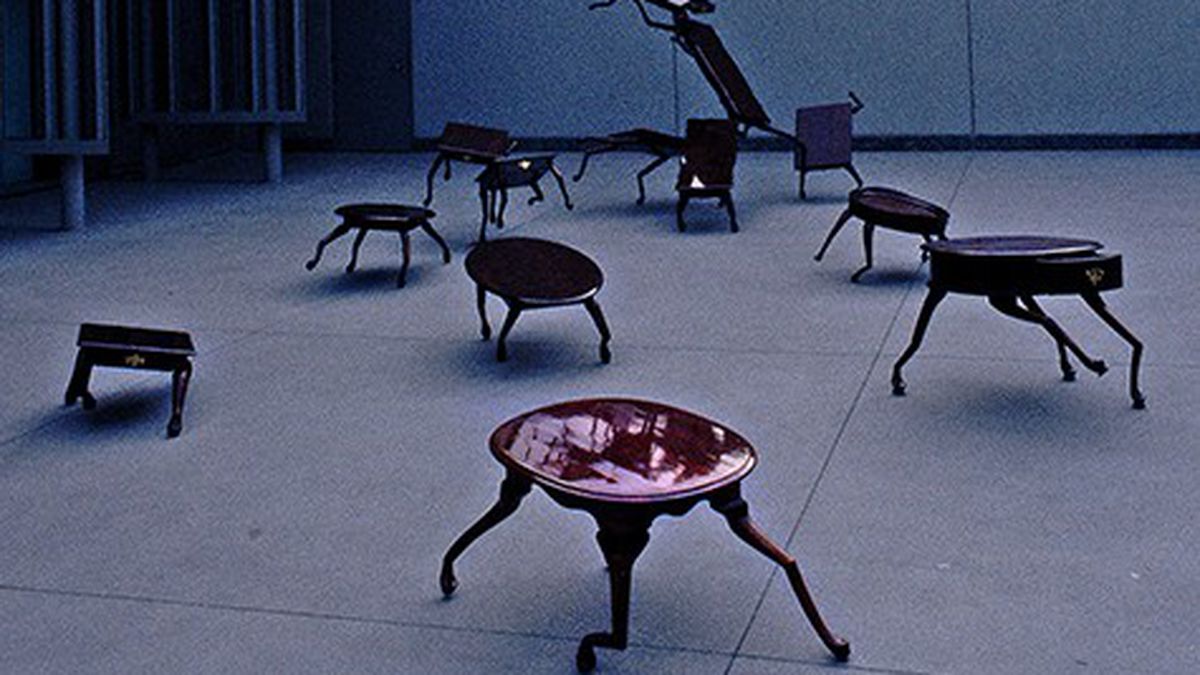 The Oakland Museum of California spotlights Marion Gray, who has been documenting crucial Bay Area performance art since the Seventies.

Throughout the Seventies and Eighties, a certain sense of emancipation energized the Bay Area art scene. Art didn’t have to be in a gallery anymore, and it didn’t have to exhibit expertise in a specific technique. It could be site-specific, ephemeral, or social — an action or intervention. Beat, hippie, and conceptual art influences had jointly formed to create a cultural milieu from which a pioneering movement of performance art emerged, often drawing from the simultaneously arising movements of punk, feminism, environmentalism, mysticism — and, of course, the bourgeois precursors of gentrification.

Through it all, Marion Gray was an attentive witness. Not only was she present for many of the period’s most crucial moments of conceptual and performance art, she was present with a camera — and has continuously been present to this day, as the work evolves.

Despite Gray’s involvement with celebrated artists such as John Cage, Meredith Monk, and Christo and Jeanne-Claude, her work has never been showcased on its own in a museum until now. In Marion Gray: Within the Light, the Oakland Museum of California (1000 Oak St., Oakland) presents 23 of Gray’s photographs that collectively represent her most memorable moments of witnessing, including Marina Abramovic and Ulay’s 1986 performance “Tuesday/Sunday,” and Merce Cunningham Dance Company’s performance “Ocean” at UC Berkeley in 1996. Gray and curator Christina Linden selected the works from the photographer’s extensive photo archive. Some were obvious choices, and others Gray didn’t even realize she had hidden away in sleeves of negatives. Most of them have never been shown before.

One of the most striking inclusions is a 2009 photograph of Ann Hamilton performing “Songs of Ascension” with Meredith Monk in the tower she designed specifically for a performance on Oliver Ranch in Geyserville, California. The tower contains two winding staircases that together form a double helix. The image shows Hamilton from above as she passes through a puddle at the base, transitioning from one staircase to the next. The water reflects a swirled sky, as it is disrupted by Hamilton’s footsteps. It’s an aesthetic encapsulation of Gray’s ability to capture the dynamic movement of performances within still photographs. There’s no indication that art is being performed, yet the exceptional character of the moment is crisply articulated. Through her seemingly serendipitous compositions, and the romantic textures that they offer, her work consistently suggests that the moments they represent are special.

People who were mutual witnesses of the cultural niche, or who are knowledgeable about its key figures and events, will be giddy to see the show’s all-star cast of artistic influencers. But others who are unacquainted with the work actually have the most to take away from it. After being captivated by the images, they are invited to delve into the narrative that each moment is plucked from, opening into a world of fascinating new concepts that, by definition, aren’t normally found in a museum.

Through June 21. Marion Gray and Christina Linden will be in conversation on Friday, April 24 at 7 p.m., free with museum admission. MuseumCA.org.