The media's depiction of pot use is biased and god-awful. So a leading marijuana law reform group is planning to provide something more appealing and realistic. 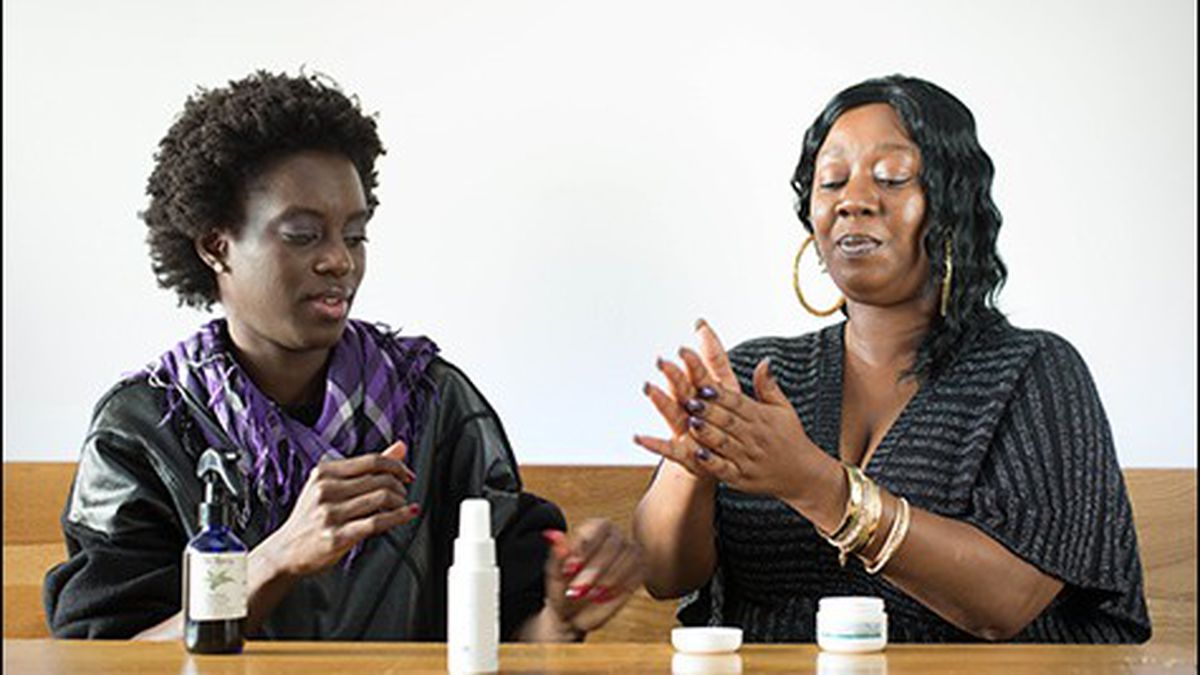 Close your eyes and imagine a news story about weed on CNN or Fox News. What images do they use? Maybe a picture of pot leaf? Sure, sometimes. But often it’s a sleazy-looking young dude draped in a lei of marijuana flowers at a weed festival. Or it’s an older woman with bad teeth, unwashed hair, and marijuana-shaped sunglasses screaming in the street during a protest. Last month, The New York Times illustrated a news story about pot with a still image from a Cheech and Chong movie.

Mainstream media visuals of weed are overwhelmingly negative and biased, reformers say. So this year, marijuana law reform group the Drug Policy Alliance (DPA) has launched a project to reframe the depiction of cannabis in the media.

The DPA recruited a half-dozen volunteers from the Bay Area and photographed them in medical cannabis dispensaries and in their homes. Soon, the DPA will be giving away these stock photos to the press with the hope of re-populating the media with normal-looking people using medical marijuana safely and responsibly in real settings.

We dropped in on one of the DPA’s photo shoots in January at the San Francisco Patient Resource Center (SPARC) on Mission and 6th streets in the city’s SOMA district. During the shoot, DPA California coordinator Amanda Reiman stood near the sales counter talking about how the project started. “The white guy with a long beard in his Sixties wearing marijuana sunglasses smoking a joint — we know that’s not what a typical medical marijuana user looks like. It’s not fair. It does not reflect reality.”

In 2012, Reiman, who is also a lecturer at UC Berkeley’s School of Social Welfare, became a manager at DPA, which is planning on running a marijuana legalization campaign in California in 2016.

New visuals are a key component of the future narrative of pot. In January, Reiman reached out to medical marijuana patients through activist groups and dispensaries on Facebook and got a huge response, including from two women who volunteered to be models: 27-year-old Paidamoyo Janet Azehko from Oakley and 38-year-old Mika Hamilton from San Francisco.

San Francisco photographer Sonya Yruel shot the women as they grinded cannabis flower buds with a small hand-grinder, loaded them into a stainless-steel Volcano Vaporizer, and filled a bag with vapor. Sunlight streamed into the dispensary.

While researching the topic, Yruel said she asked herself, “What is the visual identity of medical marijuana? After googling it, she discovered that there isn’t much out there: someone smoking a joint, a big pot leaf, a green cross.

During the photo shoot, Yruel made sure to get vertical and horizontal shots of Azehko and Hamilton as they passed the vapor bag back and forth. “I didn’t want it to be too specific,” Yruel said. “I want it to look natural visually.”

Prohibition is part of the reason that the media often depicts marijuana users in a negative light, said Tom Angell, who runs MarijuanaMajority.com. Since the drug is illegal, mainstream users are closeted. They don’t agree to media interviews or photos, and when the press needs a photo, the only “out” spokespeople for the schedule 1 drug have tended to come from the margins of society: radicals, adolescents, vagrants — people with little to lose.

Furthermore, regulated pot shops in San Francisco, Oakland, Denver, and other cities do not or cannot allow non-patients inside, let alone the media. Patient privacy is a huge concern. Cancer-stricken patients are breaking federal law when they use cannabis and could lose their jobs or worse if they show up on TV or the web or in a newspaper in a dispensary. “Normal people don’t want to be on-camera,” said Nicholas Smilgys, SPARC’s community outreach director.

“It’s sort of a vicious circle,” Angell added. “I think that is why a lot of politicians historically have acted as if there is no real important constituency affected by this issue and why they’ve tended to avoid it. They think it’s all hippies and hip-hop heads.

Azehko uses cannabis to treat rheumatoid arthritis. She works in fashion and branding and knows the power of images. She said she hopes the new photographs will get people to reassess what they think. “There is nothing seedy or wrong here. This place [SPARC] is more beautiful than the school I go to.”

Hamilton said, “Pot has been portrayed as a party thing, going on on the street corner. Well, it gave me my son.” (Compounds in marijuana are capable of modulating dysfunctions of conception.)

It’s about time that we “make medical marijuana normal,” said Hamilton. Angell said media images have immense power. “We make decisions based on how we perceive things visually much of the time,” he said. “If it weren’t important, newspapers wouldn’t include photos on the front page to try to grab the reader’s eyes.”