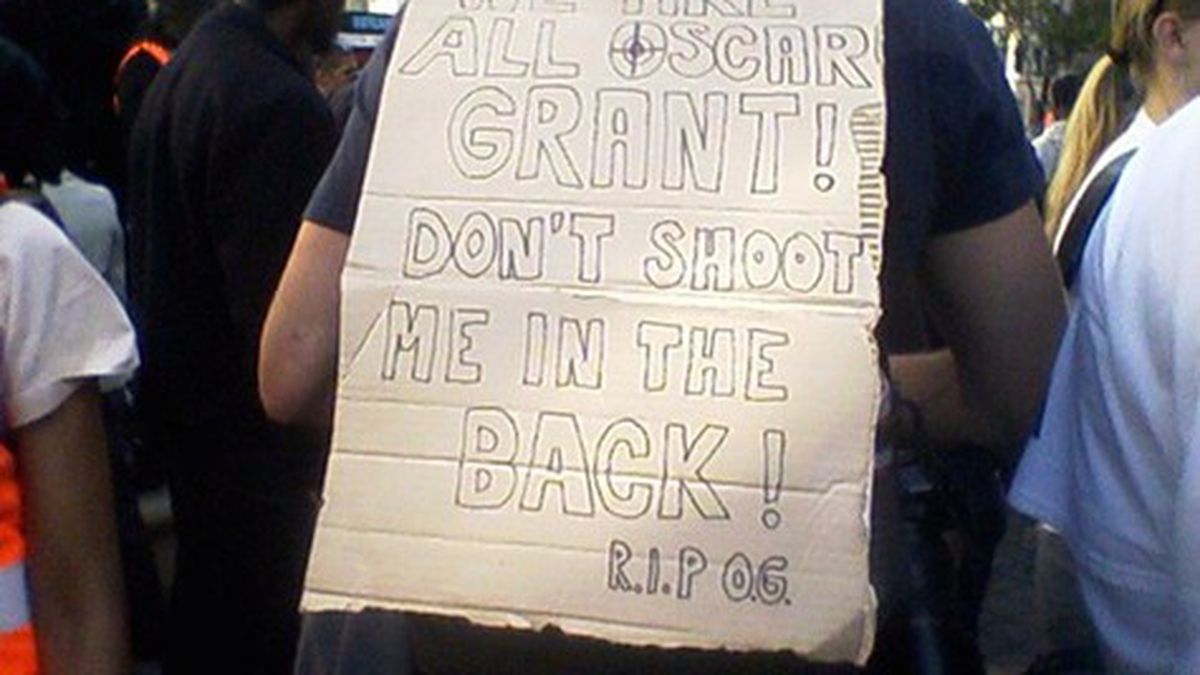 About 400 protesters have started to move down Broadway toward Jack London Square, and have begun to interact with police, and are attacking and chasing cop cars. The protesters began at City Hall, and then started marching, with some yelling, “Fuck the Police.” Police, however, have not engaged the protesters, although one person may have been hit by a police car that was trying to leave the area.

UPDATE 6:09 p.m.:
Protesters are remaining between 14th and 11th on Broadway. A line of about 300 police are blocking off the street at 11th, trying to control the crowd. A police cruiser ran over the foot of a woman but she’s conscious and okay. Some protesters began getting in cops’ faces, but things are calmer at 14th and Broadway, where speakers from the community are urging unity, non-violence, and pride within the black community. 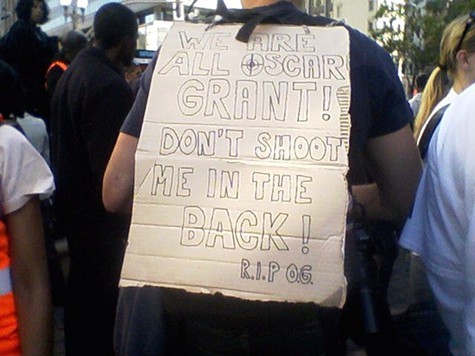 More photos after the jump…