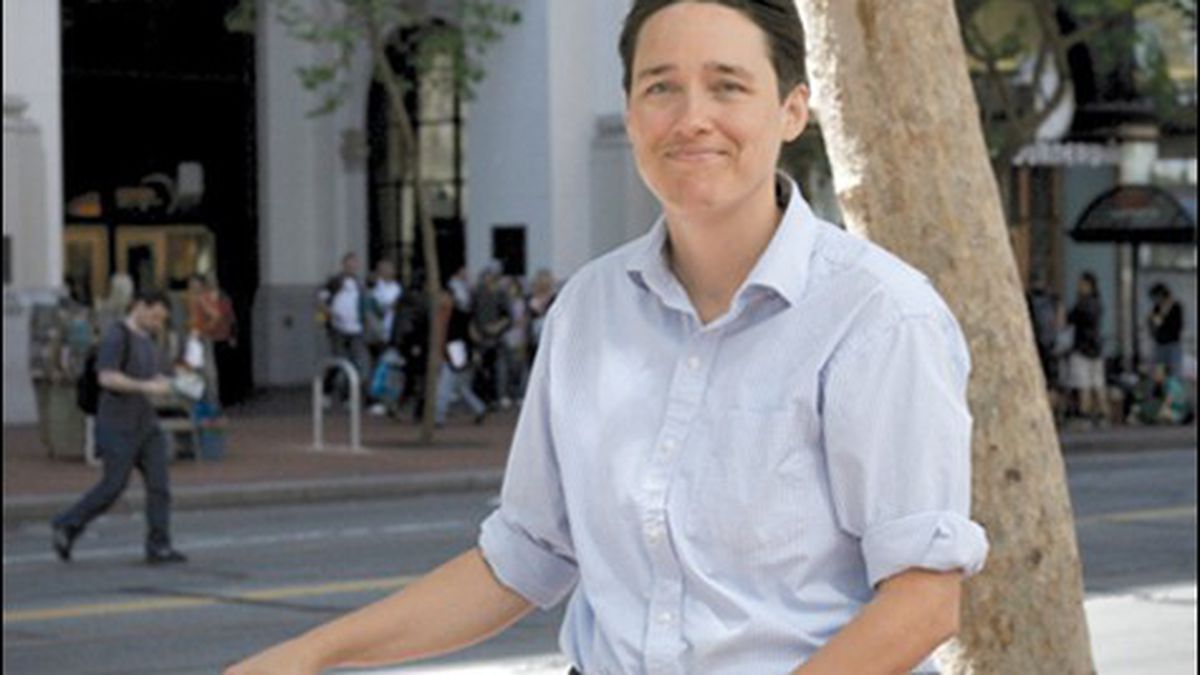 The Express-produced conference brings together thinkers and activists in a wide range of fields.

Among progressive planners and entrepreneurs, localism is the new buzzword de rigueur. That’s particularly true in Oakland and Berkeley, where 21st-century self-reliance has emerged as a trendy antidote to the everything-all-the-time mindset of globalization. But are urban farming, buy-local campaigns, and rooftop solar panels more than just fashionable experiments in local control? Do they hold much promise to alleviate the environmental and economic crises facing our planet? A host of Bay Area thinkers and business people think so. They’re gathering in unprecedented numbers at Berkeley’s David Brower Center on Sunday, February 26, to trade ideas on transforming localism’s good name into real change, and politicians including State Senator Loni Hancock and State Assemblywoman Nancy Skinner.

The central focus of the meet-up, dubbed the Progressive Opportunities Conference, is on building a “just and sustainable” local economy. Yet its topics cluster rather loosely around the theme. Panels and presentations addressing worker cooperatives, progressive banking, the loss of redevelopment funds, campaign finance reform, and small-business policy share more in philosophy than they do specific tactics or goals. Even Occupy is welcomed into the fold, though this crowd tends to prefer operating from within the system rather than beyond it. (Full disclosure: The conference is produced by the Express and organized by publisher Jody Colley, who also volunteers with event co-sponsors Oakland Grown and Sustainable Business Alliance. The Express is a merchant member of these nonprofit organizations and donates office space to both.)

One approach with ample potential for economic change is a blend of environmentalism and localism. It also offers the greatest appeal and accessibility to ordinary citizens: Witness the rise of rooftop solar, organic backyard gardening, urban homesteading, rainwater and greywater collection, and reclaimed materials in arts, crafts, and homebuilding. Yet a number of presenters at the conference, also sponsored by SF Locally Owned Merchants Association and Buy Local Berkeley, aim to push this impulse beyond lifestyle and into the realm of public policy.

Among the most ambitious is the Local Clean Energy Alliance, which supports local energy development for commercial as much as environmental reasons. Its ninety members took on PG&E in 2010 and, despite being outspent by tens of millions of dollars, helped defeat Proposition 16, which would have made it more difficult for communities to dictate their energy systems.

At the conference, coordinator Al Weinrub will deliver an overview of what he calls “decentralized energy systems.” To elaborate: “You could think about it as trying to move toward net-zero communities, where you essentially can generate as much energy locally as you need locally, so that you don’t have to buy a lot of energy from the grid,” he said. “The idea is that it’s a more sustainable approach to energy use, and also allows for a lot of economic development and jobs.”

In the end, Weinrub explained, a system emerges where wealth is held within a community rather than extracted by outside forces. Some of that wealth can take the form of investments in infrastructure, jobs, and businesses aimed at harvesting natural resources like solar, wind, geothermal, biomass, and biogas. Thus spent, the money then trickles through the community rather than leaving on a utility bill. It may seem a utopian vision, but Weinrub says it’s already technologically available. He also insists that such a transformation is more of a necessity than most realize. “We’re going to have to rethink how people work and live, and energy is a crucial part of that,” he said. “So we have to think about redesigning our energy systems in a serious way.”

The concept of growing new economies through the sustainable use of local resources is not limited to energy; it can also apply to water and food. The latter is the focus of the Hoop Fund, a San Francisco-based crowd-funding platform that offers microfinance loans to small farmers and artisans.

How it works can be a little tricky to grasp, but here’s the gist: Hoop Fund organizers pair a local restaurant or retailer with an independent food producer who has a particular project in mind — usually one that will help grow their business. Through its website, the Hoop Fund then allows subscribers — everyday consumers, really — to invest in the project through discounted purchases from the partner business. The objective, as the tag line goes, is to bundle sustainable products with microloans to the people who produce them.

For example, the site currently offers a $27 package pairing four boxes of organic guayasa tea (a $36 retail value) with a $10 microloan to the Kichwa farmers in Ecuador who grow it. As with Kickstarter, incentives increase with the size of the investment. But there’s one major difference: Hoop Fund investments are actually loans, so funders receive intermittent repayments throughout the life of the loan.

Director of Community and Marketing Mary Rick, who will present the for-profit company’s technology platform at the conference, said the next step is to roll out a program in Oakland that will benefit local businesses as well as the city’s burgeoning urban farming and sustainable agriculture movement. “We’re looking to launch in Oakland because it’s a model city of community action and local self-reliance,” she said. “There’s a lot happening already that we can build off.”

Taking another tack toward fusing economics, environmentalism, and localism is the East Bay Bicycle Coalition. Executive Director Renee Rivera will deliver a presentation on “bikeonomics” that makes a financial case for ditching the car. Of course, on the individual level, bicycling costs less than driving. Rivera will dig deeper by sharing the work of various personal-finance bloggers who advocate for biking as a path to “extreme early retirement,” in which a minimalist lifestyle trumps income.

But there’s a less expected element to this: Cities, too, can save money by embracing bicycles. Recent case studies out of Australia, Copenhagen, and Portland, Oregon, have found that investments in bicycle infrastructure can actually yield a net benefit. The public-safety and public-health benefits and reductions in wear and tear on streets add up, Rivera said, and have been shown in a number of cases to leave bike-inundated cities in the black even after significant spending. “Information is coming from all over right now with how much benefit there is, particularly with rising health costs right now,” she said.

It doesn’t end there. City planners are beginning to realize that bike infrastructure also benefits local, small-scale businesses by delivering customers to their front doors rather than to the inhospitable parking lots of big-box stores. A study of businesses in San Francisco’s Union Square found that while bicyclists tend to make smaller purchases than motorists at local businesses, they visit more frequently and over time rack up larger bills. Last year, Long Beach became the first city in the county to designate a bike-friendly business district, and Berkeley, which is considering the idea, may not be far behind.

Rivera’s presentation will mark the first time she has delivered this argument so cohesively, and after the conference she hopes to bring it to city staff throughout the East Bay. “I would love to present this to our mayors, because it’s a really important message,” she said. “I think it’s a great way for us to help a city like Oakland succeed right now.”

In the end, that’s what the conference is about: finding solutions to emerging challenges. When the old ways of doing things break down, new ideas must take their place.