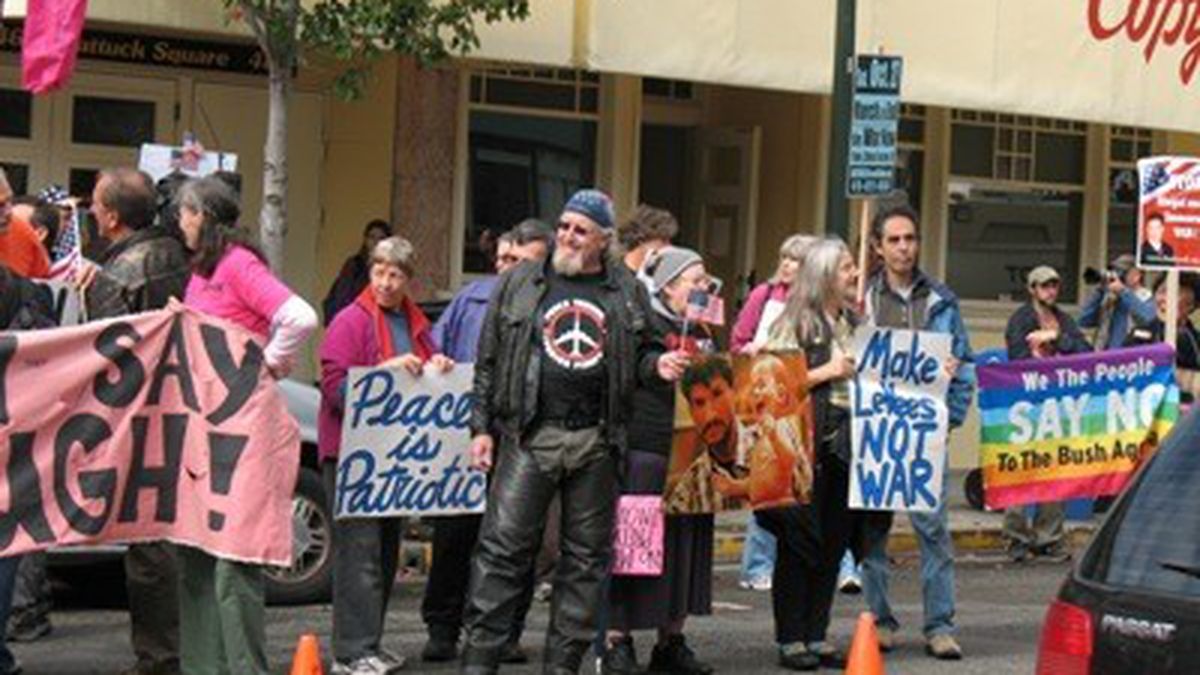 Members of Move America Forward, a conservative pro-war group, staged a noon rally today in downtown Berkeley in support of the U.S. Marine Recruiting Center, which “has been besieged by anti-military protestors,” according to their press release. Their arch nemesis, the anti-war group Code Pink, has been showing up to protest the center daily for the past few weeks.

Melanie Morgan, who cohosts a vitriolic talk show every morning on KSFO Radio, and is the chair of Move America Forward, led the crowd of about a hundred flag-waving supporters, who seemed to be mostly middle-aged and from outside of the area.

Code Pink was slightly outnumbered, but made up for it with equally loud chanting.

[More photos after the jump.]

The two camps were at first on the same side of Shattuck Avenue, nose to nose, yelling at each other and waving their respective signs. But Berkeley police quickly separated them following a scuffle between the opposing sides.

The Code Pinkers continued their chants from the other side of the street as traffic crawled through the middle. “U.S. out of Iraq!” “Stop the war!” “Bring the troops home!”

The Move America Forward crowd focused largely on their disgust for Code Pink. “Code Pink are the traitors of America!” Morgan yelled into a microphone.

Supporters held signs, including “Code Pink: White on the Outside, Red on the Inside” and “Osama says Vote Democrat.”

Across the street, and dressed all in pink, Code Pink founder Medea Benjamin said, “There’s a lot of angry people over there with PTSD [post-traumatic stress disorder], you know, Vietnam Vets. They have become the fringe; they now realize that Americans support our side.”