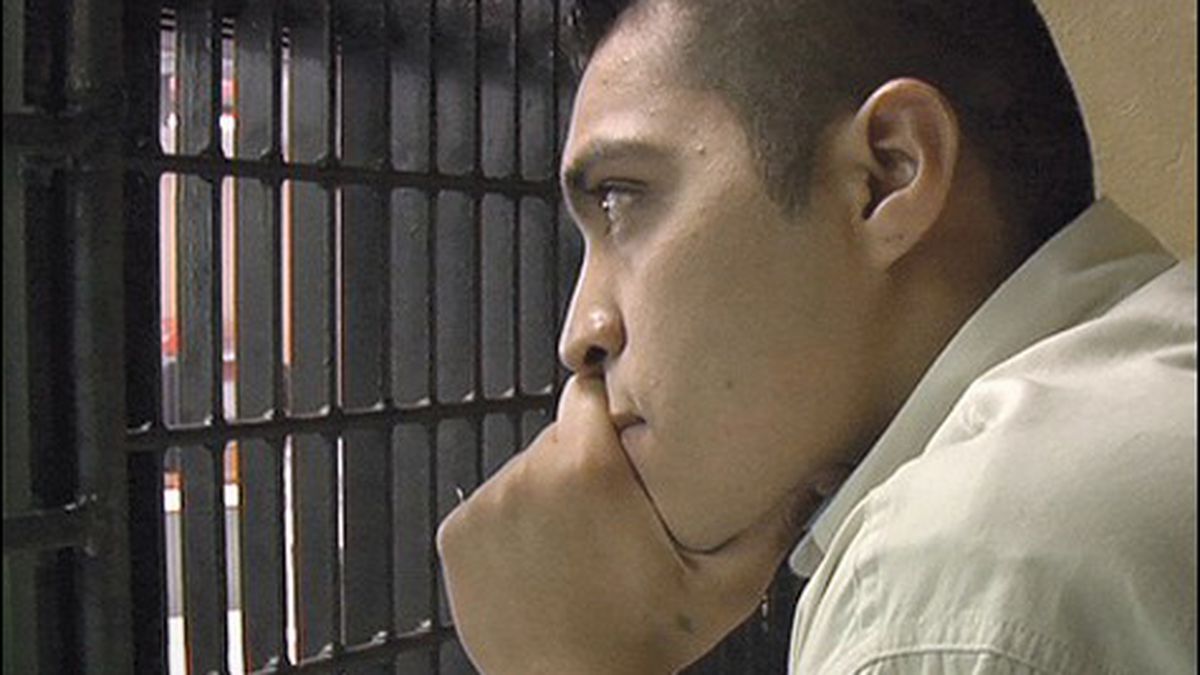 In December, 2005, Mexican police apprehended a young street vendor and aspiring rapper named José Antonio Zúñiga Rodriguez (better known by his nickname, Toño). They arrived unannounced at Toño’s home, put the young man in handcuffs, and sent him off to the notorious Reclusorio Oriente. Toño spent three days in the center for observation and classification — a small, cramped cell where inmates sleep standing up. Later, he would move to another, more permanent living assignment: a twenty-person cage infested with cockroaches. Toño slept under a bunk bed called “La Tomba.” Bugs crawled into his clothes and slithered over his skin. He had no idea of his rights.

It turned out that Toño was arrested in connection with a homicide that occurred several blocks from the kiosk where he hawked video games and fixed computers. He was not served a warrant — apparently, the majority of Mexican prisoners never see one (93 percent, according to UC Berkeley Ph.D student Roberto Hernández). He was convicted on dubious evidence. A gunpowder test failed to incriminate him; a prosecutorial witness couldn’t describe him accurately; other witnesses said they’d seen Toño at his kiosk at the time of the murder. Like many other Mexican prisoners, Toño became the protagonist in a Kafkaesque storyline.

Such is the reality of the Mexican penal system, says Hernández, who gravitated to criminal law after his wife Layda Negrete (also a UC Berkeley grad student) conducted a survey of three thousand inmates. Working in conjunction with the National Center for State Courts, Negrete interviewed samplings of the Mexican prison population in 2000, 2004, and 2009. She found that many of them were locked up on frivolous charges. Fifty-two percent said they would have gotten off had they paid a bribe. Ninety-two percent were convicted on witness testimony alone. Seldom are these convictions substantiated by physical evidence. “I think it’s just a rubber-stamping court,” Hernández said, during a recent phone interview. “They will just go with anything the prosecution presents to them.”

Born in the northeastern Mexico state of Nuevo León, Hernández got his law degree in Mexico City. He litigated environmental cases for several years, before immigrating to Berkeley, to pursue a Ph.D in public policy. As a lawyer in Mexico, Hernández said his perception of the country’s judicial system was murky, at best. He’d learned by memorizing legislation, rather than visiting an actual courtroom. Such is typical of Mexican lawyers, and of the population at-large, he said. “We’re exposed to US legal culture through shows like Law and Order,” Hernández explained. “Even Mexico’s telenovelas will make up a courtroom where you have a judge and a hammer. No Mexican knows what the hell is going on until you get arrested.”

When Negrete first showed Hernández her data about the Mexican penal system, he was shocked — so shocked that he switched fields. The two then launched a personal crusade against judicial corruption. In 2006 they released a short film called El Túnel, which mixed short sound bites with damning statistics pointing to a lack of due process in Mexico. It screened internationally, won several awards, and landed on the front page of Mexican newspapers. Toño’s friends heard about it. They enjoined Toño to contact Hernández and ask for legal help. Thus, the husband-and-wife team entangled themselves in a new case that brought them inside the dark antechambers of Reclusorio Oriente. Amazingly, Hernández managed to obtain — and film — a retrial for Toño.

That retrial became the heart of Negrete and Hernández’s new documentary, Presumed Guilty (Presunto Culpable), which follows Toño’s battle with the Mexican justice system from December of 2005 to the summer of 2009. Voted “Best Bay Area documentary” at this year’s San Francisco International Film Festival, it runs online through August 4 as part of PBS‘ POV series (PBS.org/POV). Produced by lawyers rather than bona fide directors, the film lacks artistic pretension but still builds a persuasive case.

To any viewer from the United States, the Mexican court system will seem absolutely surreal. In this case, the only eyewitness was a gang member and cousin of the murder victim. The prosecutor submitted her entire deposition on a floppy disc. Accused of mishandling evidence and using excessive force against Toño, a detective stated that he “did not remember.” Toño sat in a barred cage with a tiny window that allowed him to peer into the courtroom. When Reyes approached the cage to be cross-examined, the judge had to stand between them, translating both parts of their dialogue. A court stenographer typed frantically.

No tape recorders are allowed in Mexican courtrooms, and transcripts are usually subjective, Hernández said. “It’s not an objective record,” he explained. Judges often make subtle changes while translating people’s testimony. They’ll change questions, omit words, and alter meanings. “And if it’s not on the record,” Hernández said, “the judge won’t use it in his verdict.”

That might explain why 95 percent of verdicts are returned guilty, he said, citing a report from the Census of the Federal District Supreme Court of Justice.

Access is what makes Presumed Guilty such a remarkable film. Toño allowed Negrete and Hernández to read his court file, which allowed them to request a retrial in the first place — after they discovered that the original defense attorney had forged his lawyer’s license. Once the retrial was granted, Hernández persuaded the judge to let his film crew into the courtroom. By dint of an administrative error, the directors got full access to the Reclusorio, which gave them all the shots that would glue the film together. They showed what the insides of those overcrowded cells looked like. They filmed Toño breakdancing in the prison yard, and kissing his wife at a communal prison wedding.

Midway through filming, Hernández got so obsessed with absolving Toño that he and Negrete broke from their role as film producers and joined the defense team. They felt no compunction about it, and continued documenting the case. Thus, Presumed Guilty proceeds in the present tense, with a certain immediacy that you don’t see in a traditional documentary. The impatient film is void of talking heads, superfluous backstory, or decorative montages.

But Hernández wasn’t going for drama. He sees himself as a muckraker. “Mexicans don’t ask for better justice, and this is happening everywhere,” he said. “I want this film to incite a movement.”