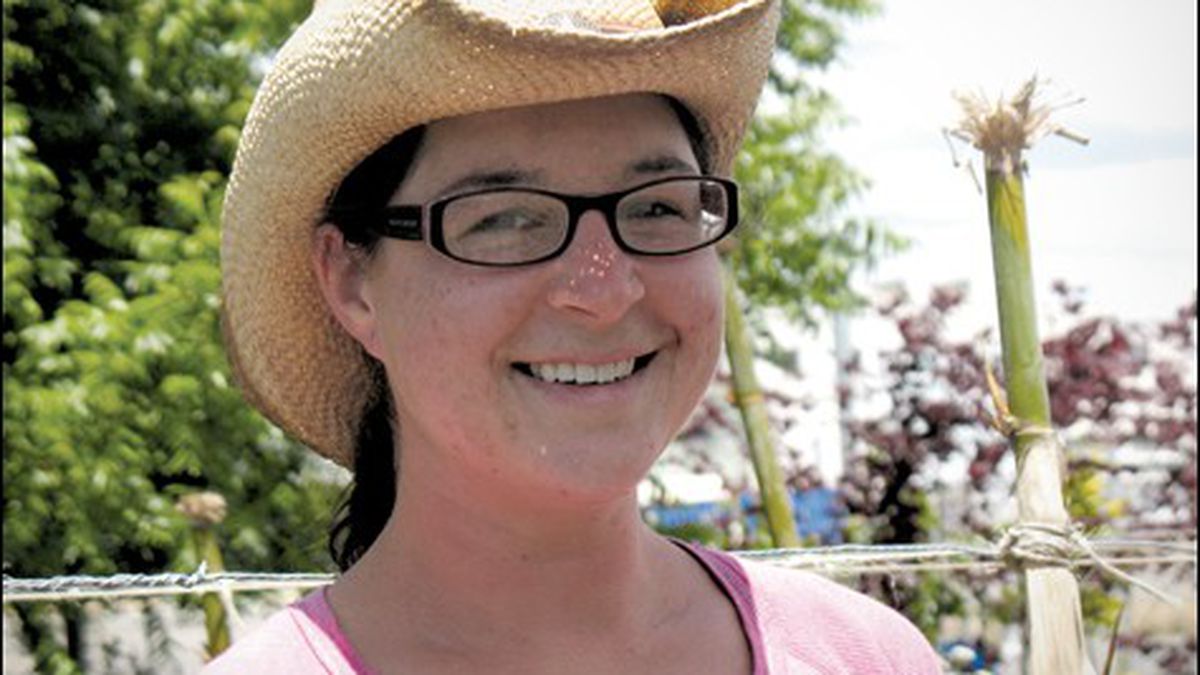 Ploughshares Nursery: From Homeless to Gardening

The Alameda nonprofit, along with Alameda Point Collaborative, trains the homeless to become gardeners and nursery employees.

Growing up in hardscrabble Oakland, Sadé Harris had never tended a garden. But when the 24-year-old ended up at Alameda Point Collaborative, a nonprofit that serves the homeless, she decided to join the Ploughshares Nursery job-training program. She was immediately hooked on working outdoors with native plants and trees, learning how to prune and water them. “I had no interest in gardening before coming here,” she said in a recent interview at the nursery. “Now when I see a weed in someone’s garden, I want to pull it.”

Located on the estuary, near the former Navy base, Ploughshares Nursery is a five-year-old project of the Alameda Point Collaborative. “We began as just a one-day-a-week operation with a small selection of plants, and then slowly spread,” explained nursery manager Jocelyn Bentley-Prestwich. “In the past two years, we’ve become a full-blown nursery, open to the public five days a week.”

Bentley-Prestwich, who has been working in horticulture since she was a teenager, typically trains three people at a time, for six-month sessions. She teaches them not only how to care for native California plants and trees and drought-resistant shrubs using organic techniques, but also how to propagate more plants to sell at the nursery. And because the nursery specializes in helping customers design and care for their own gardens, the trainees learn customer service and retail skills.

The trainees also learn the value of hard work, running an all-outdoor nursery twelve months a year, even in inclement weather. “We’re all about self-sustainability,” explained Bentley-Prestwich, noting that the nursery has no electricity on-site, and its only power comes from a portable solar panel on wheels with a large battery attached. “We’re out here when it’s raining, when it’s 45 degrees, when it’s miserable. We’re out here.”

Trainee Sabrina Lewis said it took her about two months before she got into the groove of propagating, germinating, and transplanting shrubs, not to mention pruning and proper watering. “It’s like taking care of babies,” said Lewis, a former San Francisco resident who’s held previous jobs in the health-care industry. “You have to change their diapers, which is the soil. You have to feed them. You have to check on them every day.”

Across the street from Rosenblum Cellars winery, Ploughshares Nursery has a relaxed vibe. As you walk through the front gates, you’re greeted by the edible native plants section, which surrounds a handmade shed that serves as the nursery’s sales office. There are blueberry shrubs and grapevines, tomatoes and herbs, and lots of citrus trees. The nursery also features demonstration gardens, which show customers the most effective ways to grow their plants once they get them home.

In the middle of the nursery is the section for native plants and non-native drought-resistant shrubs that flourish in the East Bay’s Mediterranean climate. The philosophy of Ploughshares Nursery is that you water food crops, but not decorative plants. And if you’re looking for that perfectly coiffed garden, this is not the place for you. It’s about being natural. “We prefer the wild look,” Bentley-Prestwich explained, “and we encourage it.”

In back is the nursery’s production area, where trainees learn how to produce more plants for sale by propagating existing ones. Young seedlings are spread out over benches made and donated by a local Eagle Scouts group. There’s also a greenhouse that was constructed by volunteers. And beyond that will be a future large demonstration garden for customers to peruse.

Ploughshares Nursery is a nonprofit that looks like a small business from the outside. It uses state and federal job-training grants to fund the trainees’ program. And the money it makes from selling seeds, plants, and trees to customers is then plowed back into Alameda Point Collaborative, which provides housing to about 500 formerly homeless residents, about half of whom are children. The collaborative also runs a bike shop — The Cycles of Change — which includes an on-the-job training program, too.

Trainees also are schooled in the basics of small business finance, said Andrea Schorr, director of social enterprise for the collaborative. For example, nursery trainees learn exactly how much it costs to propagate a plant, grow it, and nurture it before it’s sold so that they understand the basics of how a small business works.

One of the biggest challenges for Ploughshares Nursery is its somewhat remote location near the former base. Not many people know about it. It offers competitive prices, but it doesn’t try to compete with big box retailers like Home Depot and Wal-Mart. Instead, it’s a destination-style nursery that specializes in personalized customer service. Bentley-Prestwich, for example, coaches customers on gardening techniques during free Saturday workshops in the spring, summer, and fall.

A New Wine Shop Wants to Get Personal