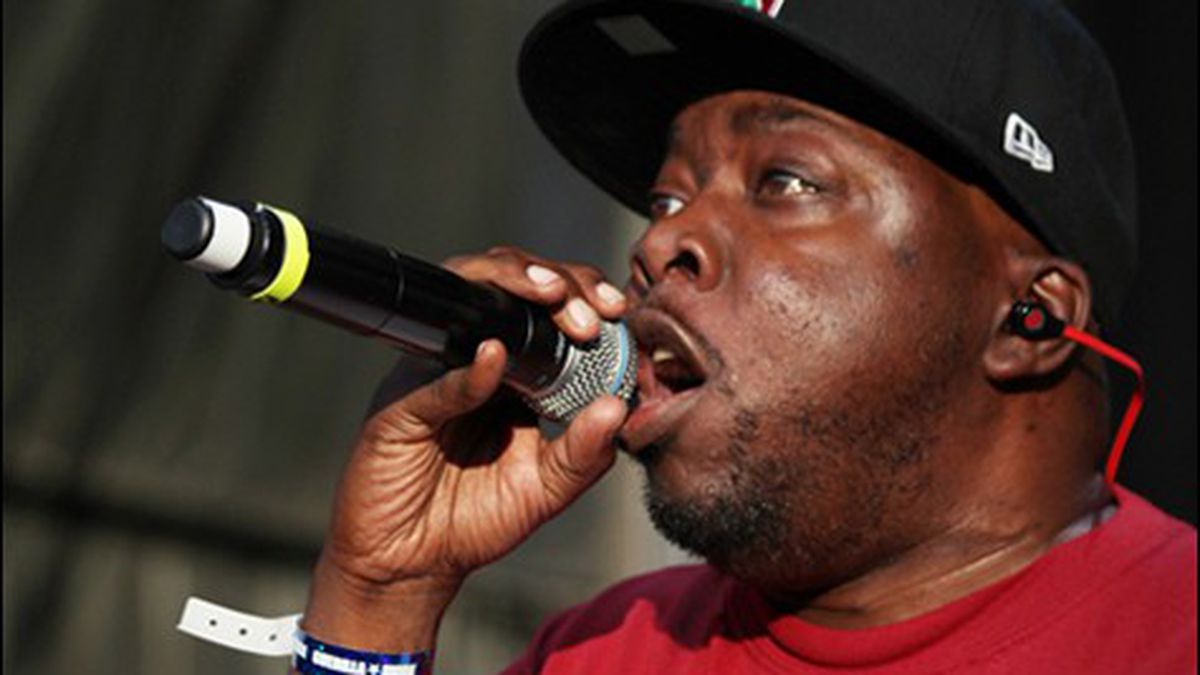 Malik Taylor, 39, is a regular guy. He lives in Antioch, where he does the family thing, hangs up at the crib, and coaches his stepson’s Amateur Athletic Union basketball team. His favorite teams are the Knicks, the Tar Heels (college basketball), the Buckeyes, and the Gators (both college football). He has battled diabetes for most of his adult life, but is doing much better, thanks to a kidney donated by his wife in 2008. I met Taylor at an IHOP near his home. It was an odd choice, given the chain restaurant’s reputation as a bastion of sugar. We stuck to ice water on this hot afternoon—though Taylor occasionally opts for pancakes with sugar-free syrup.

We met to discuss both the struggles of Malik Taylor and the artistry of Taylor’s public persona: Phife Dawg, the five-foot freak, the funky diabetic, cofounder of the seminal New York hip-hop crew, A Tribe Called Quest.

“People tend to look at [artists] like we’re larger than life, but at the end of the day we have feelings like anyone else,” Phife said. “We do real things like real people do. We go through trials and tribulations, and that’s why I have no problem speaking on it now and telling my story.”

Some artists endure struggles by enveloping themselves in work. Phife immersed himself in sports, a subject that edges out music in terms of importance in his life. Without hesitation, Phife ran down the match-ups of the past few NBA finals, noted when he was too sick to watch them, and offered his take on each. The day of our interview, Phife wore a T-shirt and headband in support of the LA Lakers, who were scheduled to battle the Boston Celtics in a do-or-die game seven. I asked Phife what he would tell the Lakers if he were in coach Phil Jackson‘s shoes. “Either we beat our hated rivals or we lose to them,” he replied. “You really want them to beat you on your home floor?” That’s just a pep-talk. For his hard-nosed analysis, check his column, the FANalysts, at HipHopDX.com, which he cowrites with The Gambler.

Phife is a coach, analyst, and die-hard fan, but he hasn’t forgotten about the mic. At this year’s Rock The Bells tour, Tribe came together for another reunion, playing their critically and commercially successful 1993 album, Midnight Marauders. Phife commented, “Midnight Marauders was a fun time. We didn’t really have a lot of concepts we were thinking about. We just wanted to rhyme over hot beats. [We recorded at] Battery Studios in New York. A lot of the pre-production was done in my grandmother’s basement in Queens. That holds a special place.”

At Rock the Bells, Phife wore a Stanford T-shirt and hat (“I’m not a fan like that. I just like the colors.”) and shouted out Oakland and Antioch during “The Chase Pt. II.” Q-Tip hammed it up, climbing atop a speaker stack and wading into the impassioned crowd. And Ali Shaheed Muhammad happily spun the classic beats, cueing entrances for the fourth member of Tribe, Jarobi (now a chef who taught Phife everything he knows in the kitchen), as well as Busta Rhymes and sideman Spliff. It appeared to be a perfect union, though Phife said the “consummate professionals” would never let a hint of a rift slide out on stage.

“We could have an argument right before the show and you’d never know it,” Phife said. “God blessed us to have a hard-core fanbase and the last thing we want to do is disrespect them. So we gonna give it to them how we know how to give it to them, regardless.”

In the twelve years since Tribe broke up, fans have wondered whether they would ever put out another record together. Phife is all about the possibility, and even offered some ideas about what a new Tribe album would look like. “The cohesiveness will be back. The chemistry will be full-throttle,” he said, waxing pensive. “I thought it started to dwindle towards the end of the Midnight campaign.”

As far as production goes, “I can’t speak for the rest of the group, but I’d tap myself, ’cause I never really produced for A Tribe Called Quest. It was mainly Tip, Ali, and then Dilla came around — but rightfully so, ’cause their music was dope.” Phife’s wish list of producers also includes Pharrell, Kanye West, Pete Rock, Hi-Tek, Swizz Beatz, Madlib, Just Blaze, and Nottz. That’s enough to get any fan sweating news of a release. “Hopefully [Tribe will] do something,” the emcee mused. “But if we do, it’s gonna have to be soon, ’cause we’re not getting any younger.”

In the meantime, there is his own Songs in the Key of Phife (a not-so-subtle nod to Stevie Wonder) to look forward to. East Bay Express got a sneak listen of an unmastered copy in the IHOP parking lot. The record is more playful and varied than his solo debut, Ventilation: Da LP, an aggressive album that was too much for some fans and critics. “That album fit the title,” Phife said. “I was in a place where a lot of things were in shambles, and a lot of people weren’t giving me the answers I wanted. I guess you could say I lashed out.”

One of the highlights of Songs in the Key of Phife is “God Send,” a three-part song that turns from a smooth love joint into a warning from a doctor: “You got to start dialysis.” The news ushers in a discordant, claustrophobic, pulsing beat that rocks, while voice-mail messages of support play for minutes on end. The song concludes with an emotional verse of thanks: If it wasn’t for y’all/Who knows what would have happened?

The album has its lighter moments too, or as Phife describes them, “Your joints for the club, your joints for the jeep or whatever car you’re cruising in, and the joints where you just bob your head and maybe vacuum your crib.” These include a bouncy synth-laden beat from Ali Shaheed and a song called “Back to the ATL” that is waiting on some choice guest spots. In addition, there’s Phife’s intended single, “Sole Men,” which was produced by a young, up-and-coming producer from San Jose named Snack Box, who crafted beats on an MPC-1000 that Phife lent him while he was sick. “Sole Men” deals with another affliction, albeit a less-serious one: sneaker addiction.

There’s a point on “Clap Your Hands” from Midnight Marauders when Phife raps, If I went solo, my favorite emcee would be me. I asked him if the sentiment was holding up during his solo career. “Yeah, absolutely. Don’t get me wrong. I love a lot of people. But if I don’t big up myself, no one else will.”