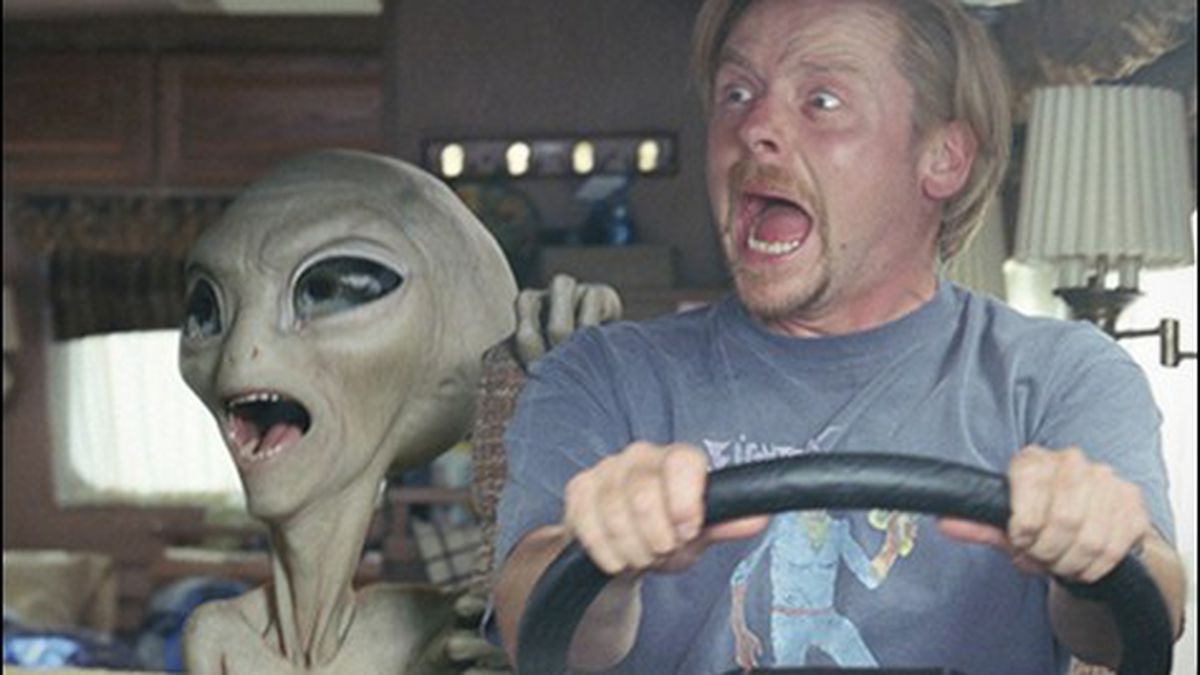 One type of alien meets another in a desert blooming with laughs.

British funnymen Simon Pegg and Nick Frost have teamed successfully in such mayhem-filled laff-fests as Shaun of the Dead and Hot Fuzz, but in their bright new road trip comedy Paul (directed by Greg Mottola from Pegg and Frost’s script), they tackle something more menacing than flesh-eating zombies or angry villagers: the US of A.

Chubby Clive Gollings (Frost), a would-be science-fiction author, and his friend Graeme Willy (Pegg), together a pair of suspiciously affectionate dim bulbs, have come from England to San Diego for Comic-Con. Like everyone else there, nerds Clive and Graeme wear obscure fantasy-inspired T-shirts and bewildered expressions, especially in the presence of famous authors like Adam Shadowchild (Jeffrey Tambor), who blows them off when he sees they’re not buying a book. But their stateside experience is only just beginning. The boys have rented a humongous RV and plan to tour UFO sites in the Southwest. Let’s discover America!

They learn more than they really wanted to know. Rednecks want to beat them up for talking funny. A menacing sheriff grills them about why people in the UK don’t have guns (“How can the cops kill anyone then?” “Well, they don’t really want to kill anyone.”). They meet a backward young woman named Ruth Buggs (Kristen Wiig) in the RV park where she works. Ruth wears strange eyeglasses and hates evolutionists.

They also accumulate a hitchhiker, an outer-space alien named Paul (voiced brilliantly by Seth Rogen) who has just escaped from a deserted air force base after spending more than forty years being studied by scientists. Paul has absorbed everything there is to know about Americans, so he becomes more than just a real, live, bug-eyed ET to Clive and Graeme, as if that weren’t exciting enough — he’s their tour guide. Then a national security spook (Jason Bateman) and his crew join the chase. Hella guffaws ensue.