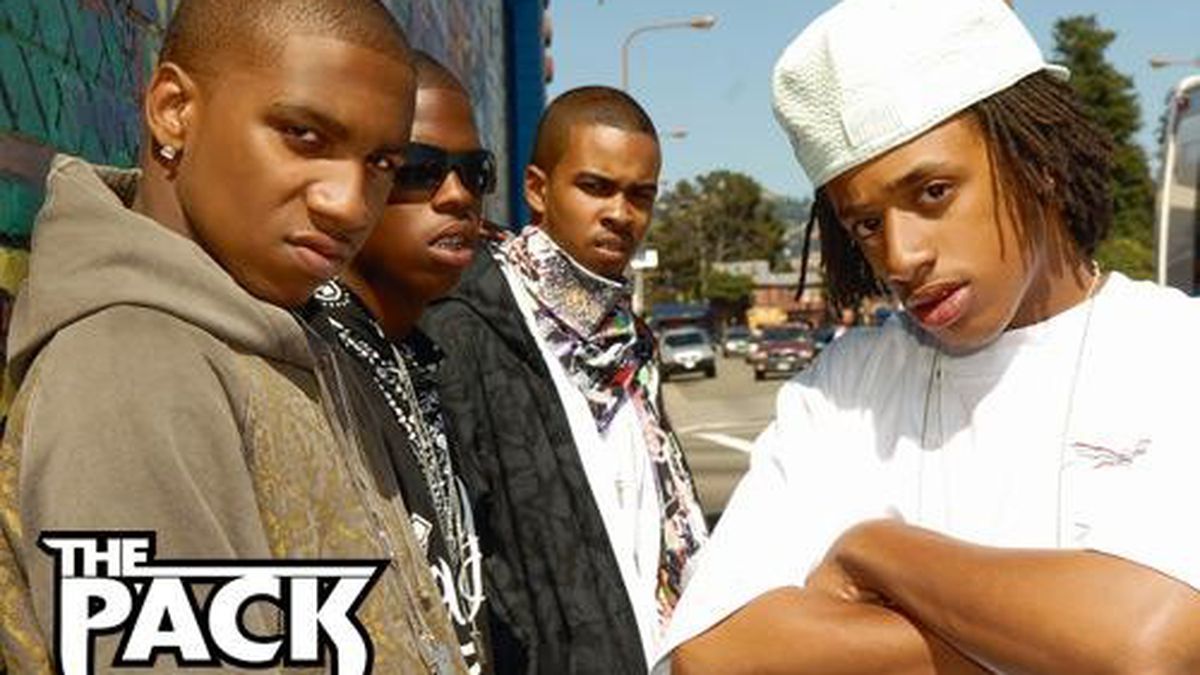 One of the brighter moments of last year’s hyphy extravaganza came courtesy of the Pack [stream off their MySpace], a teenage skate crew from Berkeley whose single “Vans” [link to YouTube Video] blew up all over urban radio, and with good reason. The ode to Spicoli’s favorite slip-ons came correct with a hypnotizing bass line and minimalist beat that would make Pharrell slap himself for not coming up with it first. The single showed promise for the Pack, with Young L’s fresh take on production, as well as an interesting topic of discussion. It’s a pity their latest EP Skateboards 2 Scrapers lacks the innovation of its hit single.

This seven-song prelude to the Pack’s debut major label full-length rehashes generic themes such as shiny jewelry and pussy-popping. In fact, “Candy” [stream it here] makes it clear how much the Pack likes it when pussies go pop, with production reminiscent of 2 Live Crew. It also comes with its very own hyphy anthem, “Oh Go,” which surprisingly lacks energy and isn’t nearly as fun as Keak da Sneak’s “Super Hyphy” or E-40’s “Tell Me When to Go.”

The bulk of the EP is forgettable, sporting beats that bang, but just don’t stick the way “Vans” does. Even the single is reduced to mediocrity in the remix featuring Too $hort and Mistah F.A.B., when the cool simplicity is run amok with more drums and cheesy sound effects. The end result is more scraper than skateboard, and if this is a precursor to the debut album, the only thing off the wall is what’s on the Pack’s feet. — Oscar Pascual