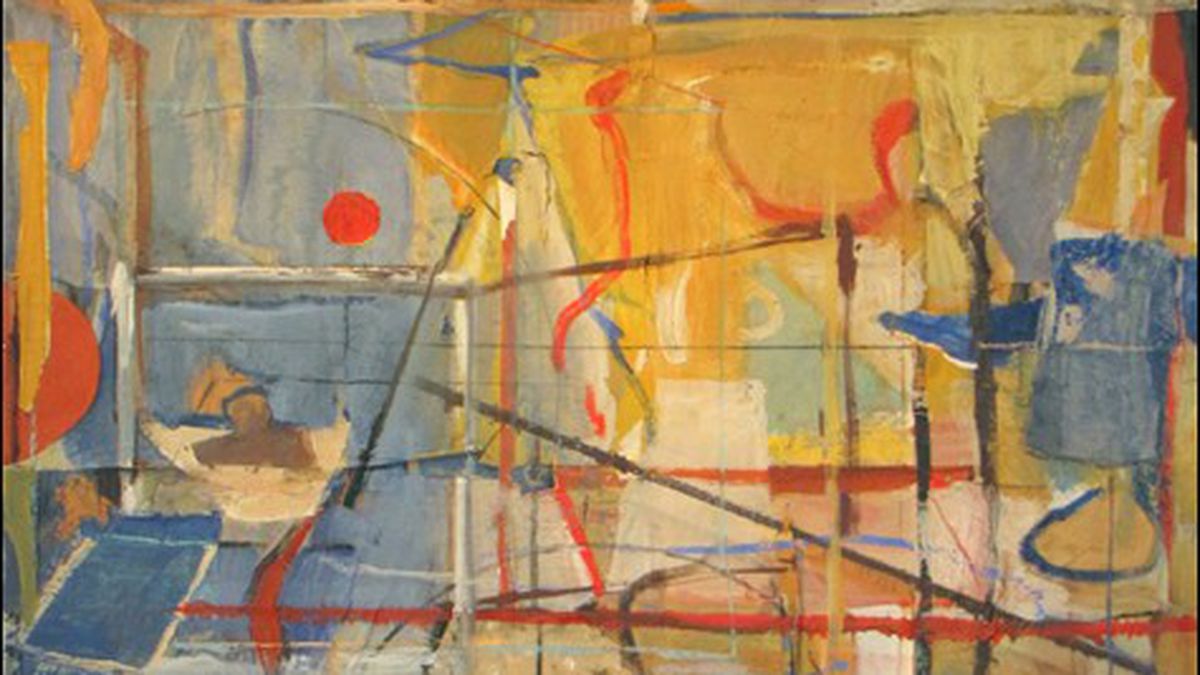 Out and About at Zughaus, Krowswork, and WE Artspace

David Aipperspach‘s show Pastures of Plenty comprises a dozen paintings deriving from Bay Area Figuration’s synthesis of realism and abstraction. The artist describes his works as “lyrical explorations of human and earthly rhythms … meditations on time and place, collisions of natural and built form, coastal California light and … [cast] shadows.” Most successful are the landscapes pushed toward abstraction by the combat between painting and collage (“Crow’s Nest,” “Passage of Birds Through an Alley,” “Industrial Basin”), richly colored, vital evocations of the Edenic Bay Area — or at least our memories of it preserved in art. Pastures of Plenty runs through April 29 at Zughaus (1306 Third St., Berkeley). 515-240-0754 or ZughausGallery.blogspot.com

Light from the machine is the meaning of Lux ex Machina (the Truth and God cited in other Latin mottoes presumably on hiatus). Chris Fraser drilled holes in the gallery’s project room door for “Of All That Is Seen and Unseen,” creating a walk-in camera obscura; moving observers inside and outside affect the refracted images projected through the “pinholes.” Michelle Kloehn employs the Civil-War-era medium of tintype in her “Pieces of Eight” series; using the camera back’s eight plate-size squares as a module, she photographs 3D paper constructions and assembles the silvery images, reminiscent of photograms, into arrays suggesting multiple viewpoints. For “Video Feedback: Pixel Behaviors,” Ethan Turpin employs computer-linked video cameras and projectors to generate real-time light shows — rotating evolving mandalas based on the movements of Pew Room visitors (bring your illuminated cell phone or a flashlight — and your kids); “Video Feedbackteria” etchings of some of these labyrinthine configurations are available. Lux ex Machina runs through May 7 at Krowswork (480 23rd St., Oakland). 510-229-7035 or Krowswork.com

Erik Parra is showing drawings, paintings, and a pair of installations in Expectator, i.e, “spectator” plus “expectation.” Sports as an arena for vicarious audience participation is hardly a new idea, but in these deadpan works, all conventional heroics and romance vanish. A pup tent and cooler chest sit blankly on a mountain plain (“American Campsite Nocturne No. 1”); rock formations resembling huge black-and-white photos rolled into cylinders or cones stand hemmed in by ramshackle walkways (“Observation Deck” series); a sports stadium is seen by night from aloft, its human participants an undifferentiated mass (“Metric,” “Untitled (madness)”); and a speedway explosion goes unnoticed by its fans — as well as a blimp above, as oblivious as the ship in Breughel’s “Fall of Icarus.” Expectator runs through May 15 at WE Artspace (768 40th St., Oakland). 510-527-1214 or WEArtspace.com