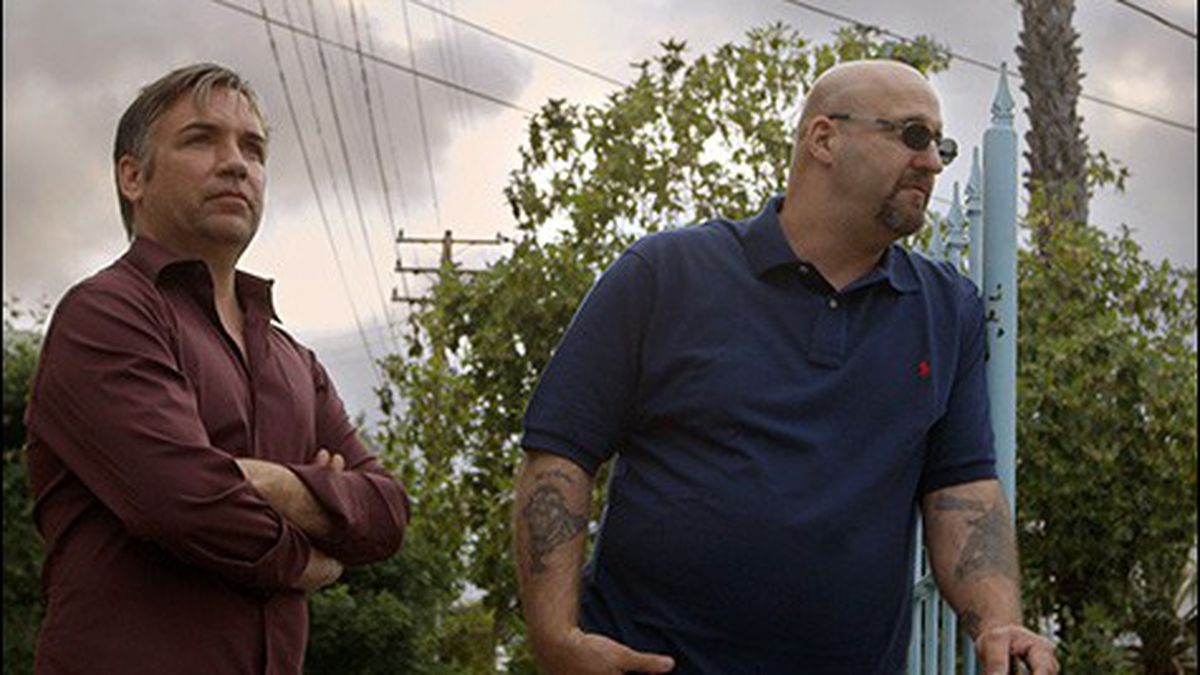 At the age of thirteen, Matthew Boger was kicked out of his home by his mother after he announced he was gay. He ended up working as a prostitute on the streets of Hollywood, and one day was the victim of a near-lethal attack by a group of homophobic white supremacists. Twenty-five years later, while the director of Los Angeles’ Museum of Tolerance, Boger made arrangements for a lecture by a reformed neo-Nazi — Timothy Zaal, who was awakened from his hate-filled stupor by the birth of his child. Zaal speaks to various groups about acceptance and humility. He once beat a young man, he tells them, kicking him in the head and leaving him for dead. He wonders whether the man survived. Astoundingly, it turns out that Boger was the man Zaal nearly killed. And now fate — or circumstance — has brought the two together. Will Boger and Zaal’s relationship dissolve into resentment and shame, or will it balance on a fulcrum of forgiveness? The answer is explored in Facing Fear, the Oscar-nominated short documentary by Berkeley filmmaker Jason Cohen.

Initially, the story was to be the subject of one of five short films that Cohen — who has more than twenty years of experience as a freelance documentarian and sound engineer — was hired to make to highlight the work of the Fetzer Institute, a Kalamazoo, Michigan-based incubator for projects promoting love, forgiveness, and compassion. But the Boger-Zaal story refused to fit in.

“For two years, I’d been doing stories of love and forgiveness. I wasn’t seeking this story out,” said Cohen. “When their story first came to light, it was early on in their relationship. They weren’t totally ready to be talking about it, but they were out there talking. We wanted to examine what had happened during the six years the relationship developed.”

Facing Fear follows what transpired after the drama. When the 23-minute film picks up, the sparks set off by Boger and Zaal’s revelatory encounter have cooled and faded. The uneasy alliance they’ve formed is far from sturdy, but it hints at a meaningful epilogue for their relationship. Cohen said he wasn’t interested in reexamining the attack: He wanted to know how the story ended.

As he accumulated roughly thirty hours of footage over a period of years, Cohen found the story blooming into dichotomies beyond gay-straight divisions: child-parent relationships and media sensationalism versus personal storytelling. It also explores the up-down, on-off pattern of friendships.

As a parent to two boys, Cohen said Berkeley’s “vibrant, healthy, family-community environment” is a treasure his film’s subjects were denied. He moved to the Bay Area nineteen years ago, initially attracted by the lively filmmaking scene and the possibility of rubbing elbows with people such as Academy Award-winning director Steven Okazaki. He called Okazaki, with whom he has worked on a number of films and Emmy-winning documentaries, a mentor. “I owe a bit of my style to copying him,” Cohen said.

Cohen’s “style” comes not so much from a mold cast in stone but from his desire for each film to be different and eye-opening — bright, funny, and serious, sure, but always exploring the unknown. “It’s better to go into a subject you know nothing about, because you learn,” he said.

An intimate crew of five filmed Facing Fear. “I want subjects to feel it’s just them and me,” Cohen said. Mostly shot with a CanonT300, the documentary was filmed using minimal lighting and production elements. The rendering of the original attack scene required the most delicacy. “I wanted it to be muted, not exploitive,” Cohen said. “It’s not a recreation, but more soft focus, no fast cuts, toned-down music that sucks you in without smashing you in the face.”

Throughout the film, Cohen deliberately staggers audio and visual clips — for example, a viewer hears the sound of a street scene before seeing it, as a way to effectively set the stage. And by skillfully layering elements of actual and remembered history — for example, by showing family photos interspersed with talking-head interviews — the film traverses the span of time between 1980 and 2013 in a dynamic, never jumbled, way. A full, post-production color correction lends a cool, desaturated tone to the attack scene, effectively filtering what could be melodrama. Boger’s and Zaal’s frank storytelling — in one brief section, Zaal baldly admits his violence made him “feel big” — is proof the filmmaker had earned their trust, not just their permission. “That was the hardest part,” Cohen said. “At first, they looked at me and thought, ‘Here comes some media guy and he’s going to tell that sensational story again.’ Slowly, with time, they realized it was going to be deeper.”

With the Best Documentary Short Subject 2014 nomination from the Academy of Motion Picture Arts and Sciences announcement, Cohen is receiving his own share of media attention. He has received inquiries from around the world, inviting him to show the film at festivals, high schools, and universities. His main concern is educational: getting people talking about the film’s issues. “Living in Berkeley’s bubble, you want to get your film out into the open,” he said. Documentaries, he insisted, are gaining recognition as a powerful tool for social change. And he’s delighted that what has been a labor of love can actually pay his rent, too.

Cohen said reactions to the film are exactly what he’d hoped for — varied and verbose. “We’ve had people say, ‘I don’t buy it, I don’t buy forgiveness.’ My response has been, ‘Great, we’re not here to tell you forgiveness is the answer; we’re here to tell you to think about it. Maybe something will bubble up.'” He said some audience members have left the theater vowing to go home and hug their kids.

Hard-won forgiveness — the cornerstone that first drew Cohen into the project — is the quality that now characterizes all three men. In the documentary’s closing scenes, Boger speaks of losing his partner to brain cancer and says Zaal was a comforting presence. “He’s sort of like that family that I couldn’t reach out to at that moment,” Boger says. Zaal, picking up the thread, speaks to the camera: “If I can change, anyone can change.” Cohen, who was in Los Angeles for Oscar Week and about to rejoin the two friends, concluded that forgiveness is an everyday miracle. &#8;