Oakland's latest music and art venue will double as a gluten-free cafe. 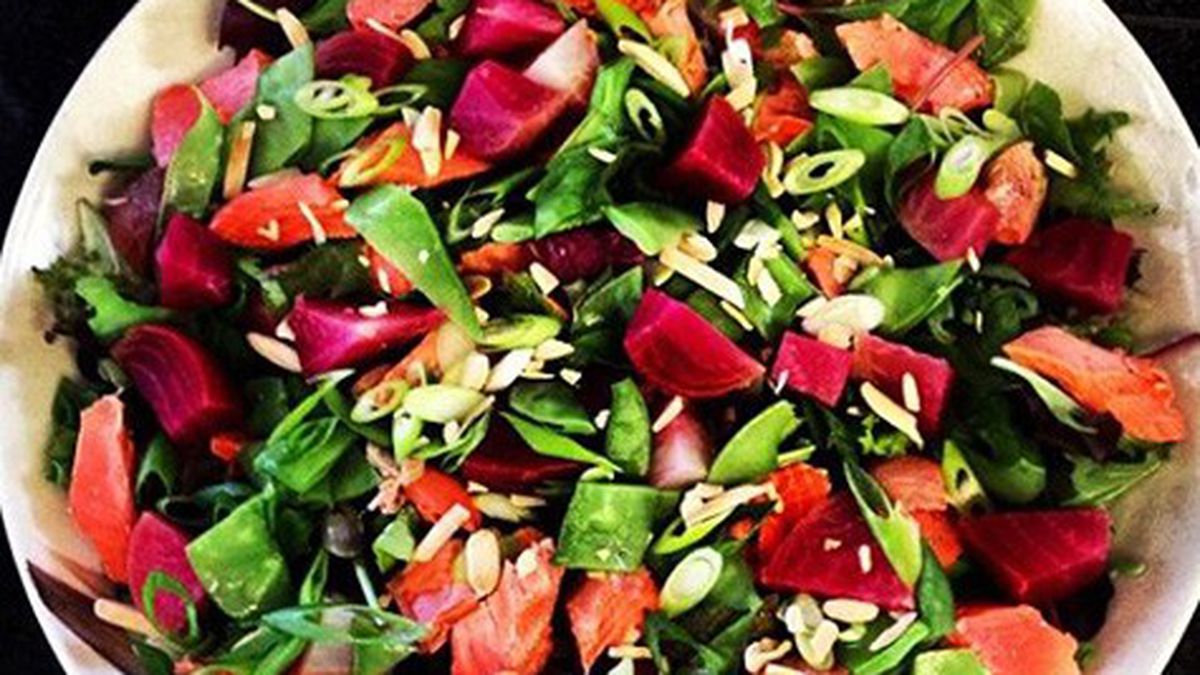 A new “eco deli cafe” in downtown Oakland aims to bring a rare trifecta to The Town’s ever-expanding arts and dining scene: a performance venue, an art gallery, and a cafe that serves food that’s not only gluten-free, but also adheres to the principles of traditional Hindu alternative medicine.

Open since March in a beautifully renovated building that dates back to 1911, Oakland Hot Plate (348 13th St.) has already hosted a few small shows, but the cafe component is slated to open to the public the second week of July. The project is the brainchild of Oakland-based musician Lina Luna Torio, who told me that she can’t eat gluten and, as a result, has always had trouble finding food in the downtown area. In 2011, she founded a vegetarian prepared foods company called Flower to Fruit. Its Indian-, Asian-, and Caribbean-inspired packaged meals can be found at Whole Foods and various natural foods markets. The new restaurant is partly an extension of that business, but the menu that Luna Torio and sister Christine DePasquale created will be more varied and will include meat and seafood dishes.

Luna Torio said the “eco deli cafe” descriptor refers to the restaurant’s commitment to being as green and waste-free as possible, and it also points to her desire to serve healthy food that is “simple, clean, and satiating.” For her, that means food that follows the principles of Ayurveda, an ancient system of traditional medicine and dietary practices from Asia. So, in addition to being gluten-free, Oakland Hot Plate will serve dishes that use a lot of turmeric, ginger, and assorted Chinese and Indian herbs, and don’t contain a lot of salt or sugar. That means there will be a lot of rice bowls, curry bowls, and seasonal salads. There will be a version of masala dosa (the South Indian lentil crepe) filled with potato curry, and a rotating selection of flatbread pizzas and tacos. The restaurant will also offer a selection of gluten-free pastries.

Once it opens, the cafe’s tentative hours will be Monday to Friday, 7 a.m.–4 p.m. The restaurant has a license to sell beer, wine, and soju cocktails, and, in keeping with the whole “alternative” food vibe, for certain evening events it will offer kava — a South Pacific plant with sedative properties — but served via inhaler instead of as a “tea” beverage, as is more typical.

But the core of the business has as much to do with changing the business model for live shows by local musicians as it does for healthy food. Luna Torio explained that her Latin/soul/funk band, Mestiza y la Ley, has been performing around the Bay Area for several years. The idea behind Oakland Hot Plate was to provide an alternative to the customary pressures of the industry — the whole back-and-forth that musicians have to go through with venue operators trying to determine how many people will buy tickets to a prospective show, and whether or not it will make money.

Instead, Oakland Hot Plate has a membership-based model, wherein musicians, visual artists, and other individuals — say, someone who just wants to reserve the smaller upstairs mezzanine for book club meetings — pay a tiered annual fee that allows them to host a certain number of events each year.

In that way, Luna Torio said, the money is paid up front, and artists are free to be creative without having to worry about having to pitch someone about their project’s economic viability.

“I wanted people to be committed to their events — to have something to say, and to have this platform to say it,” Luna Torio said.

And while the gluten-free cafe will have the reins of the kitchen during daytime hours, nights at Oakland Hot Plate will be based on a similar membership model. Aspiring chefs and food entrepreneurs who pay for membership will be able to use the restaurant’s commercial kitchen space and host a number of pop-up dinners over the course of the year. Luna Torio imagines that for a future event there might be a Puerto Rican night, with food and music both selected to fit the theme.

The only rule is that wheat products can never be cooked in the kitchen, she explained. Aside from that, anything is possible.