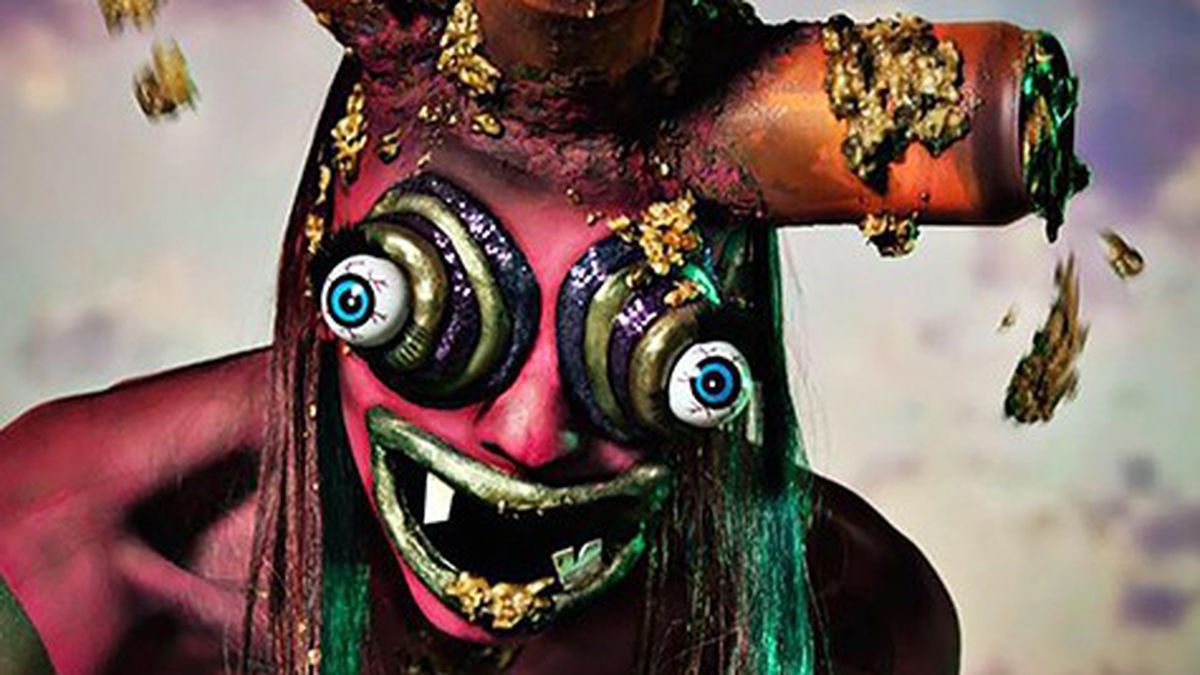 Noise music is usually only accessible to those already in the know. The people involved in this DIY scene rarely archive their work on iTunes or social media, and are practically allergic to the mainstream press. If you’re a casual fan, you might catch the occasional performance in a friend-of-a-friend’s basement, or find an artist you like by falling down a rabbit hole of YouTube links.

But Mike Daddona, the founder of Ratskin Records, wants to bring Oakland’s robust community of young, experimental musicians to a broader audience. He first conceptualized the label in 2008, and one of its first big projects was a 2010 CD compilation called Triskaidekaphobia that featured thirteen-second songs by two hundred different bands. But over the past year, Daddona began taking the endeavor more seriously and raised Ratskin’s profile with the launch of his new website, Ratskin.org, and numerous new releases.

The artists on Ratskin are some of the most exciting in Oakland’s experimental music community, including the irreverent, reggaeton-influenced duo Las Sucias, electronic sound artists Black Spirituals, disco queen Maya Songbird, and decolonial noise auteur Beast Nest. And, refreshingly, the majority of the artists on the label are of color. Many are women, and a lot of them are queer. That’s significant because noise music is often falsely presumed to be the domain of suburban white dudes, Daddona explained. While experimental musicians who aren’t white or male have always been around in Oakland and elsewhere, their contributions often get overlooked because of that stereotype.

“Music history is very much like world history in the sense that it’s white-washed, colonialized,” said Daddona. “And these are problems that artists, labels, and promoters need to start considering more — especially living in a place like Oakland.”

Daddona is admittedly a straight white dude himself, but when he moved to the Bay Area from Connecticut eleven years ago, he immersed himself in the local music scene and began throwing shows with a West Oakland collective that worked out of a clandestine venue. He naturally fell into a group of friends with diverse backgrounds — a far cry from the mostly white punk and hardcore scene he grew up with in Connecticut. He said that he gradually began to see the importance of using his platform to spotlight artists he felt were impressive yet underrepresented.

“I’m not interested in coming off as any sort of example,” he warned. “I think the artists that I work with, their work speaks for itself. For me, it’s more about archiving it and contextualizing it within a greater thing.”

Ratskin started out as a “harsh noise” label, but with his recent releases, Daddona has been less concerned with aesthetics and more interested in the conceptual themes of each project. The artists on the label make dark and often synth-based music, but Ratskin encompasses many genres, including industrial techno and electro-pop. Most of the projects the label has released are too hybridized to place in a convenient category.

Up next, Ratskin is gearing up to put out several new projects — digitally and on cassette — in October. Tyler Holmes’ Invisible Island is an off-kilter synth pop project that incorporates elements of 8bit and hip-hop. Loachfillet’s sinister Death and Dissatisfaction resembles a sound collage of horror movie sound effects. Maya Songbird’s Welcome to the Dark Side is an avant-garde take on disco. Slanted Square’s Three Sides plays with abrasive, digitized noise (think dial-up modems) and otherworldly ambient effects. V.E.X.’s Insect Sex has elements of post-punk and industrial, blasting the listener with a barrage of distortion and glitchy chaos. And Malocculsion, Daddona’s solo project, is dropping Walk of the Dead Pt. 1, which he described as industrial soundtrack music inspired by Italian horror films.

These artists “embody the conceptual philosophy of experimentation and radical transgressive art,” Daddona said. “A lot of times that doesn’t always take the form of harsh noise. It might take a very different shape.”

While electronic music is typically associated with the DJ scene, Daddona said that live performance is important for him and other artists at Ratskin. This can mean programming beats before an audience or doing a more theatrical performance art piece.

While Daddona cut his teeth throwing underground shows, he’s recently transitioned to legit venues as part of his mission to give his artists more exposure. He throws the monthly industrial dance party Voltage Drop at the Legionnaire Saloon. The next one on September 30 is a release show for Tyler Holmes and also features electro-pop songstress Ah Mer Ah Su among other performers. And on October 15 at Oakland.Secret Gallery, he’s throwing a quadruple release show for Maya Songbird, Slanted Square, Loachfillet, and his own project Malocculsion.

Up next, Daddona is planning several releases on vinyl, as well as a few music videos and short films. One of his goals for the label, he said, is to offer artists resources to create more specialized projects — beyond cassettes they could feasibly release themselves.

Maya Songbird, for one, said that she appreciates the way that Daddona challenges her to experiment. “If I was working with a major label, they’d be like, ‘Nah, have a seat. That’s weird,'” she said. “Mikey pushes for you to be different.”

Working with Ratskin allows her to expand her fan base without having to change. “Being a Black woman that’s bigger, you can’t do that in this industry,” she said. “You can’t have weight on you, you can’t be dark and sing rock. … So to be able to be myself, it feels really good.”