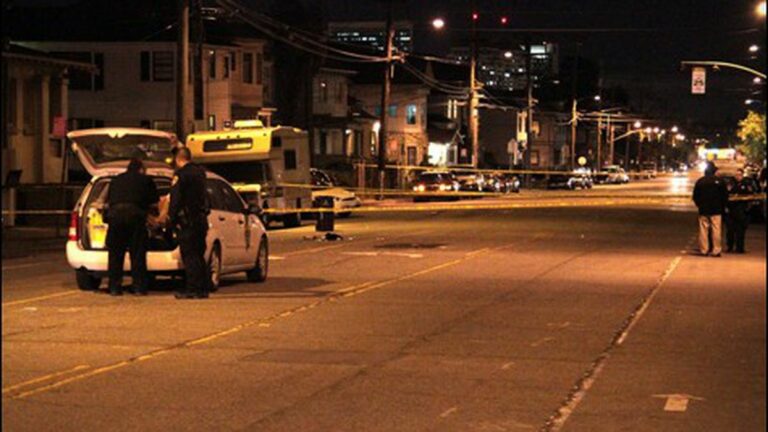 Oakland is known as one of the most violent cities in the nation, in large part because of its high murder rate. And yet, over the past decade, the Oakland Police Department has not prioritized homicide investigations, and instead has focused on patrolling city streets. In 2012, OPD solved just 28 percent of the homicides in the city, and the department has come under intense criticism for its investigative shortcomings. Last year, the Alameda County Grand Jury noted that OPD’s crime lab had untested evidence in at least 330 homicide cases dating back several years. Moreover, a recent department report indicates that the grand jury underestimated OPD’s massive backlog — and that the problem has worsened.

OPD crime lab director Mary Gibbons informed the city council’s Public Safety Committee last month that the department had 659 homicide cases in which it still had evidence that needed testing. Furthermore, homicide investigations are in such disarray that the lab has no idea which of the cases with unexamined evidence have been closed or adjudicated. Gibbons also presented a report that made it clear OPD’s crime lab has been running at below capacity for the past seven years. “Some of these cases are very, very old. Whether they’ve been adjudicated or not, no one’s bothered to tell us,” she said.

The sheer size of Oakland’s backlog of ballistics and latent print evidence from homicide cases is extremely troubling, said Eugene O’Donnell, who teaches criminology at John Jay College of Criminal Justice at City University of New York and is a former lieutenant in the New York Police Department. “There is so much public attention on police visibility and crime stats. And oddly, something like people getting away with murder gets pushed aside,” O’Donnell said. “Whether having more uniformed police on the streets decreases crime is still open to debate — this [analyzing evidence in homicide cases] is not open to debate, that not catching people who need to be caught is denying families justice and endangering public safety.”

Recent disclosures about OPD’s crime lab also reveal that while the department has deemphasized homicide investigations, it has made drug cases — including minor drug arrests — its top priority. OPD’s crime lab, in fact, has no backlog for narcotics evidence and processes 95 percent of all suspected drug cases within 24 hours, while allowing homicide case evidence to languish for years without being examined.

OPD Deputy Chief Danielle Outlaw stated in an email that the lab processes drug evidence quickly because it’s easier and takes far less time than analyzing DNA evidence, shell casings, or bullet fragments. She also said that quick narcotics testing was a “cost-effective way of doing business” to ensure individuals arrested with drugs can be charged within the 48-hour window that Alameda County District Attorney has under the law to bring criminal cases against those people.

But prioritizing the analysis of drug evidence over homicide evidence shouldn’t be an either/or situation, O’Donnell said. Moreover, violent crimes should take priority. “Generally, there’s not going to be a threat to public safety in the drug cases,” O’Donnell said. In homicide cases, he said, “there’s an immediate urgent need to get to the bottom of the physical evidence.”

Oakland’s crime lab has been understaffed and underfunded for years. By the end of 2006, OPD had lost all but one of its qualified firearms examiners as a result of budget cuts, retirements, and furloughs. The staff reductions drastically reduced OPD’s ability to analyze gun and ballistics evidence, and also resulted in the shuttering of the Latent Print unit, which examines fingerprints found at crime scenes. Furloughs also have resulted in crime lab staff being sidelined for a total of one year during the past half-decade. The following passage from Gibbons’ report to the council outlined the history of this debacle:

“Backlogs in the Latent Print Unit are a lingering consequence of the closure of the Unit in 2006 to latent print comparison and computer searching casework due to the loss of all but one examiner. A remaining staff member who conducted all the latent print development casework retired in 2009. That position was frozen and ultimately cut to reduce the budget. It has not been restored. The Latent Print Unit reopened to comparison casework in 2008 when two examiners were hired. This is bare minimum number of staff required to keep the unit open.

“Even at the 2006 level, staffing was inadequate to meet service demands,” Gibbons’ report added.

Over the years, OPD has depended on state and federal grants to keep its crime lab operational. In the 2000s, OPD had three scientist/technicians who were funded by a state grant. But when that funding expired in 2007, the department eliminated the positions. Other federal grants have been used for working through backlogged DNA evidence. But OPD has not received any grants in the past seven years to help mitigate the large backlog of firearms evidence.

While the current city council has placed a renewed emphasis on hiring civilian support staff for OPD and its crime lab, previous council members freely cut those positions in order to make sure that OPD had a sufficient number of patrol officers. Councilwoman Libby Schaaf said she is disturbed at the state of the crime lab and its concurrent effect on OPD’s ability to solve crimes. However, she noted that the public’s perception of supporting the police department has been — for better or worse — limited and driven by the fear of crime and the need for immediate security in the form of patrol officers. “When people focus on the police department, they look for the guns and the badges,” she said.

But the lack of funding for the crime lab has resulted in “missed opportunities to solve the crime,” said Gibbons, adding that the department needs to invest about $1.2 million to hire twelve employees for the lab, including two latent print examiners and five forensic technicians.

The lack of resources and sheer volume of evidence also means that Oakland police investigators can’t check with the lab to see if evidence in particular cases has been processed — unless it’s a drug case. “Case-by-case checks are not feasible given current staffing levels,” Gibbons told the council. The shortages drastically decrease OPD’s likelihood of solving homicides based on forensic evidence.

Over the years, the crime lab also has prioritized the analysis of drug evidence because it can be done by lower-skilled technicians. The department historically has had difficulty hiring highly skilled lab techs who have the needed expertise to process evidence for homicide cases.

OPD officials also say that contracting such work out to the private sector is not viable. “That has to be an Oakland staffing solution — there’s no way to outsource this,” said Assistant Chief Paul Figueroa. Furthermore, there are not many people with the skills to perform firearms analysis who are currently in the job market. Outlaw wrote in an email that a firearms examiner needs a minimum of two years of training to be effective.

And even if Oakland does manage to hire additional personnel for the crime lab, the current facility is too small to accommodate that many people, and the estimated cost to expand the sixth- floor lab at the department’s downtown headquarters was estimated at $5.65 million in 2009.

“One thing that shocked me until Gibbons testified was that once the new people were hired, there was no place for them to go,” Schaaf said. She said that former Police Chief Howard Jordan had repeatedly submitted requests to the council for additional civilian staff, but never identified the crime lab’s staffing nor physical facilities as in need of investment. Gibbons’ report, Schaaf said, was a breath of fresh air, even though it brought alarming news. “There’s no substitute for talking to the people in the trenches,” she said.

Councilwoman Lynette Gibson McElhaney also pressed both Gibbons and Figueroa at last month’s meeting for answers on the department’s massive backlog of untested evidence in homicide cases, and expressed outrage at the lab’s 95 percent success rate for testing seized narcotics within 24 hours after they’re brought to the lab, and the absence of any backlog for drug analysis.

“I think we need to re-prioritize how we use officers as it pertains to arrests,” McElhaney said.

Figueroa responded by recounting his own experience doing seemingly endless low-level narcotics enforcement as a patrol officer in the 1990s. He said such policing is now outmoded and that the department is changing its focus under Interim Chief Sean Whent. “Chief Whent is focusing on the individuals who are most violent,” said Figueroa. “The late 1980s/1990s type of enforcement is not being done under Chief Whent.”