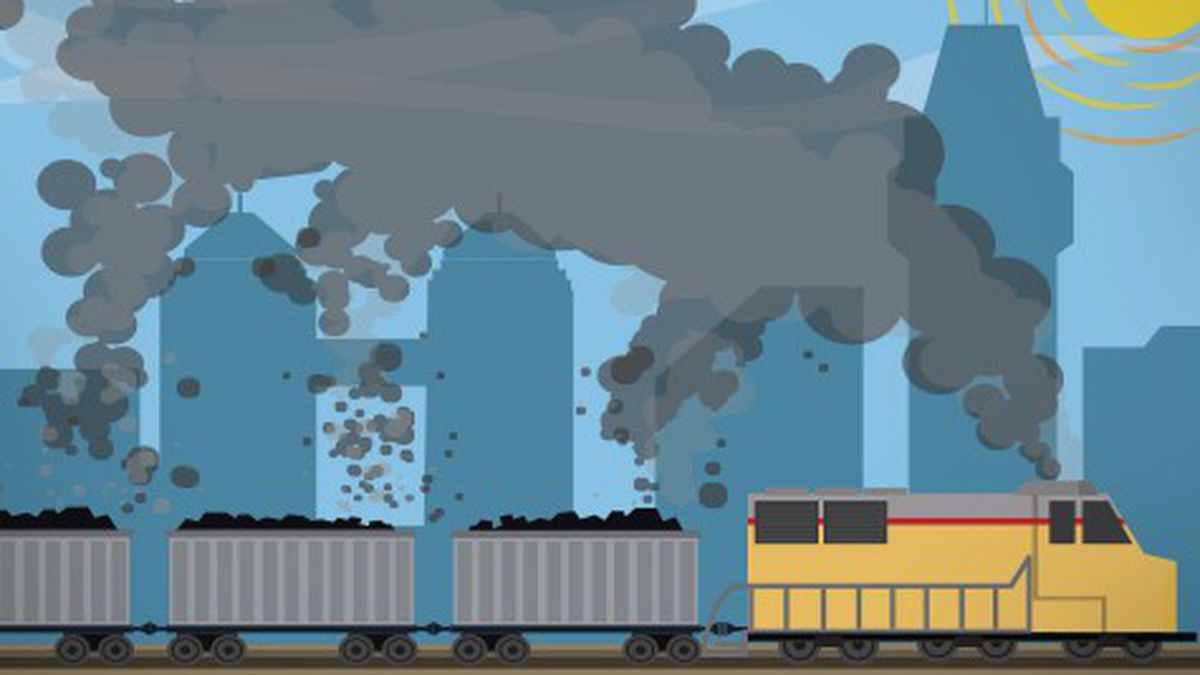 Activists fear that the city’s preferred expert consultant will minimize the health and safety impacts of coal shipments.

A high level Oakland official guiding the city’s analysis of health and safety impacts of a controversial coal export plan also has personal investments in fossil fuel companies, according to city records. Anti-coal activists argue this is a conflict of interest, and also worry that the official is steering a consulting contract to a company that will neglect to fully explore the health and safety impacts of coal.

These critics worry that the consultant will find no significant health and safety impacts, leading the council to approve the plan proposed by developer Phil Tagami’s company, CCIG, and former Port of Oakland Executive Director Jerry Bridges’ company, TLS, to ship millions of tons of coal through West Oakland.

Environmental Science Associates, the consultant group in question, routinely works for fossil fuel companies, according to the activists. But they’ve been unable to convince the city to hire a different expert, one with a stronger background in public health and safety.

Part of the reason is Assistant City Administrator Claudia Cappio, who selected ESA and wrote in a report to council that ESA is the only company with the necessary expertise. City officials have also expanded the ESA contract to include analysis of other fossil fuels, in addition to coal, despite protests from environmental groups that this could open a backdoor for oil and other exports.

“We find it very troubling to learn that Claudia Cappio, who has been running the show for the city since last September, has investments that can benefit from shipping coal in Oakland,” said Michael Kaufman of the No Coal in Oakland coalition.

According to city records, Cappio owns at least $100,000 of stock in Berkshire Hathaway, the holding company run by Warren Buffet. Pacificorp, one of Berkshire’s largest subsidiaries, operates ten coal-fired power plants in the western United States, including a power station in Utah that purchases 2.8 million tons of coal from Bowie Resource Partners each year.

Last June, Pacificorp struck a deal with Bowie to have the company supply the power station with coal until year 2029. Pacificorp made $1.02 billion in profit last year for Berkshire.

Berkshire also owns the BNSF Railroad, which had $4.6 billion in revenues last year from shipping coal. At least one coal mine owned by Bowie is served by BNSF, and BNSF could end up delivering coal to the Oakland’s OBOT terminal, if approved.

Kinder Morgan has also sought to build fossil-fuel export facilities on Oakland’s waterfront. In 2014, it teamed up with Tagami’s CCIG in an effort to convince the Port of Oakland to turn the Howard Terminal into a fossil-fuel hub. The Port rejected the plan because of environmental concerns.

Cappio is confident her personal investments don’t run afoul of any rules, or influence her work for the city council regarding the coal controversy. “I have reviewed my investments and at this time I do not have any financial interest that would require me to declare a potential conflict of interest under the [Fair Political Practices Commission] Conflict of Interest regulations,” she wrote in an email to the Express.

Meanwhile, a clause in the city’s contract with CCIG permits it to block activities that could have negative health and safety impacts. Anti-coal activists say this empowers Oakland to stop the coal plan. But Cappio and other city officials have said that it is necessary to hire an expert consultant to help the council make this decision.

But, despite learning about the coal export plan a year ago and holding public hearings last September, city council has not yet hired a consultant. Many anti-coal activists have become suspicious of the slow pace of the city, fearing that the longer Oakland waits, the harder it will be to stop coal.

The No Coal in Oakland coalition said Cappio’s investments in fossil-fuel companies show that she doesn’t take the health and safety threats of coal, oil and gas seriously. The group is worried that the contract with ESA won’t provide the city with the findings it needs to block the coal plan.

Activists have pointed to ESA’s role in studying a controversial oil-by-rail project proposed by Valero in Benicia as an example of how ESA “helps” fossil-fuel companies. Although the study noted that up to 100 train cars of crude oil would pass through Sacramento on their way to Benicia each day on a busy commuter corridor, and within a quarter-mile of 27 schools, ESA found no significant risks. The Sacramento Bee also reported that the ESA study “minimizes risk from oil trains.”

“Cappio has presented ESA as the only organization capable of reviewing the evidence, but she didn’t even talk to local public health experts with national reputations who want to do this work,” said Kaufman. “We can’t trust the City’s evaluation process with Cappio and her handpicked consultant in charge.”

Oakland Mayor Libby Schaaf said these worries are misplaced, and that the contract with ESA is absolutely necessary. “I am fully committed to adopting the strongest regulations permitted by law to protect West Oakland residents and workers from any health and safety impacts from coal,” the mayor said.

Back in February, Schaaf asked city council to delay voting on the contract with ESA after anti-coal groups said its scope of work appeared to be setting up approval for the coal project. This time is different, Schaaf explained.

“The revised contract with ESA is more financially responsible and appropriately limits their role to validating evidence and assisting the city in its job to determine whether there is ‘substantial evidence’ to find ‘substantial endangerment’ of health and safety,” Schaaf said.

The local chapter of the Sierra Club said they aren’t opposed to ESA being hired, because time is running out for Oakland to take action, and any delay could do more harm than good.

“The current timeline makes it possible for the council to meet all their deadlines and vote on an ordinance to ban coal before the summer recess,” said Brittany King of the Sierra Club’s San Francisco Bay Chapter. “If we delay even further, this process could get pushed past the election, denying voters the opportunity to know where their councilmembers stand on this crucial issue.”

Thursday Must Read: Foreclosures Are Bad for Your Health; Illegal Immigration...