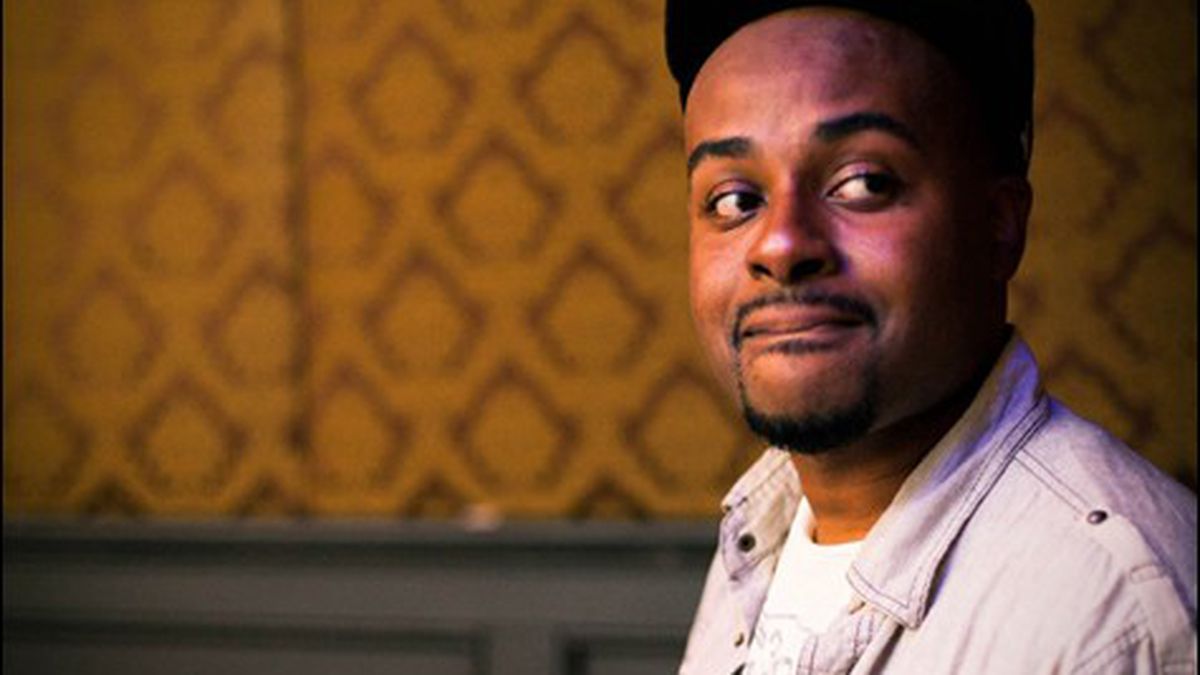 The more popular that “soul nights” become in Oakland venues, the more liberally we use the term “soul.” At Bar Three Fifty-Five, it means there’s a DJ in the corner spinning rare 45s. At AIR Lounge, it means a spoken-word open mic, wherein every performer gets a strict three-and-a-half minute time limit. At The New Parish, it’s actually code for hip-hop, albeit hip-hop “with a soulful vibe” (and preferably live accompaniment, if possible). And at Era Art Bar and Lounge, it’s fairly traditional: well-rehearsed live house band that can play just about anything in the American Songbook; singers who cover Stevie Wonder and “My Funny Valentine” with equal alacrity; a host who enjoins everyone to keep drinking.

Perhaps soul nights are, at heart, a nostalgia-based form. They celebrate an older genre, they often feature live instrumentation, and — in the case of Singer’s Lounge, at Era — they require knowledge of the soul music canon. But in Oakland, they also fulfill a need. Jareem Gunter, who launched the popular Monday Soul event at AIR Lounge about four years ago (it’s since moved to The New Parish), says that frustration was part of the impetus. His friend Rod Cudjo (aka R.O.D.), who was a mid-level R&B crooner at the time, couldn’t find places to perform in the East Bay. “He was saying, ‘Man, I love the Bay Area, but if you don’t have a deal, they won’t book you,'” Gunter recounted.

A rookie in event production, Gunter was nonetheless eager to solve R.O.D.’s plight — even if it meant creating his own singer showcase. And that’s exactly what he did. “I walked into AIR Lounge on a Monday,” Gunter remembered. “There was a bouncer there named XO. I said, ‘Hey, you know the owner. Could you introduce me?'”

Mike Blankenship, who plays keyboard in the house band at Era, concurred: “I think the draw is that we basically give singers an opportunity to express themselves as artists,” he said, pointing out that most clubs are afraid or unable to take a chance on live music. “[Usually] you’re listening to Top 40 most of the time,” he said.

And granted, the soul night formula has built-in risks. It requires a cabaret license, higher production values, and more personnel than a simple DJ dance party. And it’s not guaranteed to attract as wide an audience, either. Gairy Jacques, who co-owns the AIR Lounge and directs the music programming at Era, said he understood the perils going in. “With a live music night, depending on the band, they have less flexibility of feeling the crowd and switching the genre.”

That said, the more popular soul nights in Oakland have a large enough following to guarantee real staying power. What’s more, said Jacques, they wind up being as cost-effective as the average DJ dance party (partly because good DJs charge a high price for their services). Air launched its first soul-themed night, the spoken-word event Mouth Off Wednesday, about five years ago. It’s a collaboration with the event production company Hot Water Cornbread, which also puts on the Singer’s Lounge at Era. Jacques said it was popular from the jump. “We knew the open-mic poetry scene was untapped in Oakland, so we started to use AIR Lounge as a medium,” he explained. “And the public really embraced it.” So when Gunther approached him with a rather inchoate idea and no real experience, he regarded it with less suspicion than would seem warranted. Roughly a month after blind-pitching the bar owner, Gunther got a surprise call. “I had five days to put it together,” he said. “So I just called all my friends, and about two hundred people showed up.”

There are, of course, several explanations for the success of Monday Soul — besides the fact that Gunther obviously has a lot of friends, and that his social capital only increased when he added co-producers JE and DJ D-Sharp to the mix. Actually, it turned out that Gunther’s original theory had merit. Oakland is home to plenty of talented, moderately established soul acts with an interesting commercial quandary: If they’re not signed to a label, then they don’t have a place to play. Unlike garage bands, soul artists won’t get booked to play house parties or small venues like the Stork Club. They don’t get a lot of exposure unless it’s through the radio. Until R.O.D. dropped a hit single on KMEL, he was relatively unknown in his own hometown. New Parish owner Michael O’Connor said that’s a bigger problem than many people might realize. He noted that lack of stage presence can be a major shortcoming for R&B artists when they get signed, because they never get a chance to develop that skill. “MondaySOUL is trying to change that,” O’Connor wrote in an e-mail.

In the case of Singer’s Lounge, there’s even more opportunity to work through material, since anyone who signs up to sing gets access to a world-class R&B band. That’s no overstatement. Drummer Dante McClinton toured with Raphael Saadiq; keyboardist Blankenship backed Lauryn Hill; guitarist Nate Mercereau plays with Sheila E. and Ledisi; bassists Michael “Tiny” Lindsey and Uriah Duffy toured with Ryan Shaw and Whitesnake, respectively — you get the picture. Given such busy schedules, you’re bound to see any combination of those instrumentalists onstage for Singer’s Lounge. McClinton and Blankenship are the foundation, and they can usually manage by themselves (with Blankenship handling the bass lines on keyboard). If they have two bassists, then Duffy will play “piccolo” parts, while Tiny handles the bottom.

It goes without saying that they can play any R&B song that’s required of them, in any key. And Blankenship said that if they don’t know a song, they can often learn it by ear. “If it’s an easy enough song and they have it cued up on an iPhone, I can listen to the first ten or fifteen seconds, and relay the groove to the band,” he explained. That system seems to work. On a recent Thursday, the band ran through four hours worth of material, ranging from Gregory Abbott to Michael Jackson to Prince. One woman sang an original guitar ballad, while another sang a well-known jazz standard. The band kept playing even after the lights went on at 1:30 a.m. and the bar stopped serving alcohol, and bleary-eyed staff members implored the host to cut it off. Blankenship said that’s normal. “We usually go on until 1:30, as though it’s a Friday or Saturday night.”

What’s most interesting about these soul nights is that they use completely different approaches to achieve the same ends. Thus, Monday Soul — which ultimately became more of a hip-hop night because the producers said they’ve found more available rappers than singers — gave its performers a modest buzz and some stage practice in the hope that their material would eventually get picked up by local radio stations. Singer’s Lounge gives nonprofessional vocalists an opportunity to test their material with a world-class band. Mouth Off Wednesdays provides a forum for Oakland’s declining spoken-word scene. All manage to be equally successful.

That’s no small feat considering that most soul nights happen in the middle of the week (probably because they rely on an open-mic format, rather than featuring headliners) and that they embrace an older style of music. Gunther said that’s all part of the plan. “[We] look at it as the highest platform for local artists,” he assured. “If [club owners] see people come out on Mondays, then they’ll try these artists on Friday and Saturday.”

Anyone questioning that logic need look no further than Gunther’s friend R.O.D. Four years since the advent of Monday Soul, he’s become a headliner in his own right.

Nine Gifts for the Food-Obsessed