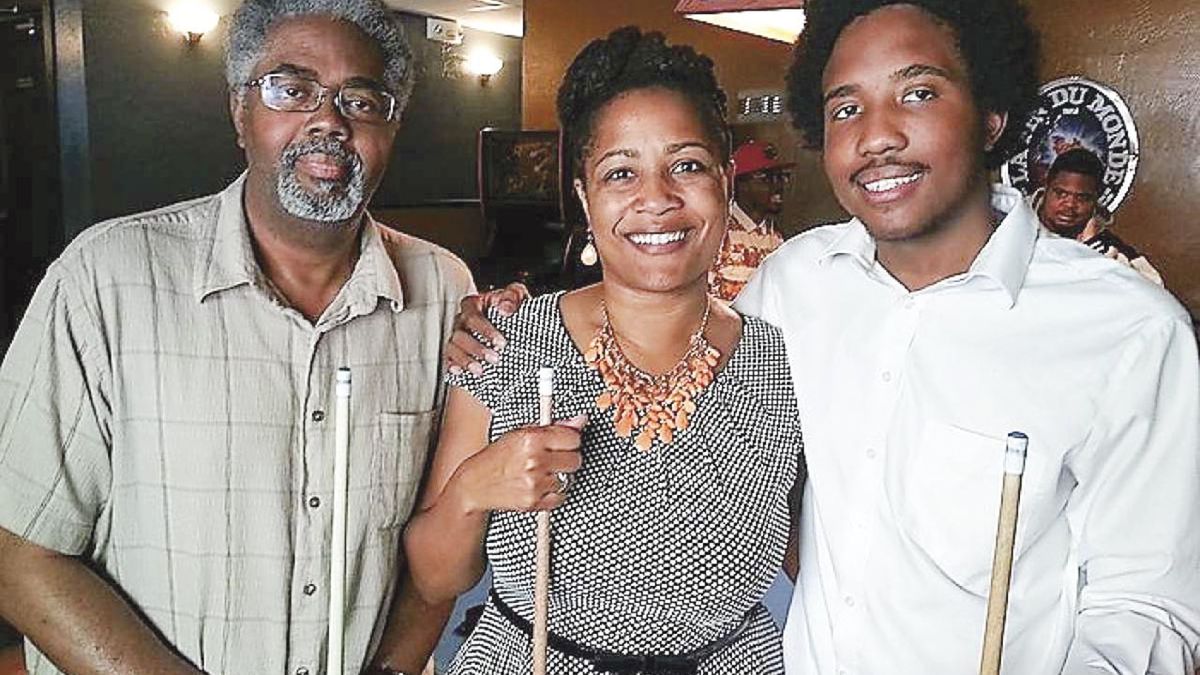 Victor was a 21 year-old senior at USC Thornton School of Music, where he was pursuing his lifelong love of music with some of the greats.

NBC Bay Area first reported Sunday news of the U.S.C. student’s death, which occurred earlier in the morning. McElhaney, who has served on the Oakland City Council since 2012, issued a statement Sunday evening.

“It is with the utmost sadness that I share with you the tragic news that my son, Victor McElhaney, was slain last night in a senseless act of violence,” she said. “Victor was a son of Oakland. He was a musician who drew his inspiration from the beat, soul, and sound of the Town and he belonged in every nook and cranny of Oakland. I miss my baby. Please keep me, my family, and all of my son’s friends in your thoughts and prayers.”

With the din of tenants demanding greater rent protections becoming louder throughout the city, the Hayward City Council unanimously approved an emergency just-cause ordinance last week despite protests from a large number of landlords.

The speed and urgency of the vote is a notable reversal in Hayward, which in recent years has shown a predilection toward a long and deliberative process, including the use of committees and task forces to study even its most pressing problems.

“I am deeply rooted in the neighborhoods and I hear their concerns,” said Councilmember Elisa Márquez, who offered the referral during the Feb. 26 meeting. “We’ve been putting these decisions off for years,”

Márquez said last week that the pace of the city’s efforts to stem rising rents and displacement of its residents is far too slow, while criticizing the demeaning tone of some landlords participating in recent discussion with city leaders and tenant activists. She also said she feared that some landlords would use the interregnum before city staff’s ongoing work on an amended rent stabilization ordinance due to return to the council in late spring or summer to significant raise rents and evict tenants.

A number of landlords told the council Tuesday night that the emergency ordinance was rushed and failed to give stakeholders a chance to process the proposal. Earlier in the day, the landlord-backed Rental Housing Association of Southern Alameda County attempted to scuttle the item, asserting in a letter to the city that the emergency ordinance is a violation of the Brown Act, the state law requiring transparency in government deliberations.

Landlords believe Tuesday’s agenda item was illegal since an action was taken at the council’s Feb. 26 without a majority of the council. But the city disagreed with the association’s position. Hayward City Attorney Michael Lawson noted the section of the Brown Act, but added during Tuesday night’s meeting that the letter omits another portion of the act that covers referrals. Lawson recommended the council proceed with the item.

With increasing hopes that a third iteration of a bill to exempt menstrual products from a sales tax, the Alameda City Council offered a resolution in support of Assembly Bill 31.

Alameda is believed to be the first city in the state to endorse Southern California Assemblymember Cristina Garcia’s legislation. Councilmember Malia Vella, who issued the referral, along with Councilmember John Knox White, to urge the council to weigh-in with a resolution, said, “Tampons — menstrual products — are essential items. There’s no reason they should be taxed. These aren’t luxury items.”

Tampons and sanitary napkins add an estimated $20 million annually in extra costs for women in California, an added expense that also hurts women in low-income households. Eleven states do not tax feminine hygiene products, the closest to California being Nevada.

Assemblymember Rob Bonta is one of the bill’s co-sponsors.

An elementary teacher from Fremont and a Hayward school instructor are among five educators suing the California Teachers Association, alleging their First Amendment rights were violated after the teachers’ unions continued to illegally deduct dues after each had revoked their union membership out of political concerns.

Bethany Mendez, the lead plaintiff in the suit, received a union application in May 2018 from the Fremont Unified School District Teachers Union. Doubting the union would represent her interests, Mendez did not follow through on signing the form. She signed the document last June “believing she had no other option but to financially support the union,” according to the lawsuit filed Monday in U.S. District Court.

But Mendez and others said they were unaware they could decline to join the union and still be represented by them in employment contracts. Mendez resigned from the union, in a letter to the California Teachers Association on Oct. 12, said the lawsuit. Mendez said she was later harassed by union employees in an effort to get her to rescind the action.  “Mrs. Mendez told them she did not appreciate being bombarded with pro-union propaganda while at work,” according to the lawsuit.

The complaint is based on the U.S. Supreme Court’s decision last June on Janus v. AFSCME, said Harmeet Dhillon, the lead attorney for the plaintiffs. The court’s ruling found it was a violation of the First Amendment to compel pubic sector employees to subsidize union activities of which they do not agree. Following the decision, unions warned membership could dwindle by up to 30 percent.

The lawsuit includes three other plaintiffs from Southern California, their school districts, and superintendents.

A day after ending the Oakland teachers strike, the other shoe dropped when Oakland Unified School District trustees approved $22 million in budget cuts for the 2019-2020 year. The vote was 4-3. … One of the big losers in the recent Oakland teachers strike was charter schools, and the state Legislature appears intent on heaping more regulations on them. … Tuition for in-state University of California undergrads will remain flat, KTVU reported. … Caltrans plans to rebuild the MacArthur Maze, shutting down parts of the interchange for months. … Gov. Gavin Newsom has an idea to help spur unwilling local communities to start building affordable housing. Newsom’s plan includes withholding gas tax funding for streets and transportation if the cities don’t begin complying in advance of 2023. … Former Oakland Councilmember Desley Brooks paid $79,623 in punitive damages to civil rights icon Elaine Brown last January, the East Bay Times reported. … Robert Warshaw, the court-appointed monitor for the Oakland Police Department, was critical of the Police Chief Anne Kirkpatrick’s handling of the investigation into the killing of Joshua Pawlik by OPD in March 2018, calling it “deficient.” … The Coliseum Joint Powers Authority’s approval of a one-year lease agreement for the Raiders to play the 2019 season in Oakland was delayed. … PG&E stoked more outrage after it asked a judge to approve $235 million in bonuses for thousands of its employees. … California lost more acreage to wildfires in 2018 than any other year in its history, the Los Angeles Times reports. The second-worst year? The year prior. … California has less land area in drought status than at any time in the last seven years. … A U.S. District judge ruled against the Trump administration’s push for inclusion of a citizenship question on the upcoming 2020 U.S. Census, citing the request as unconstitutional. … House Speaker Nancy Pelosi said she does not support impeachment for President Trump. “Unless there’s something so compelling and overwhelming and bipartisan, I don’t think we should go down that path because it divides the country,” Pelosi said. “And he’s just not worth it.” &#8;

Garamendi Is Now the Clear Frontrunner