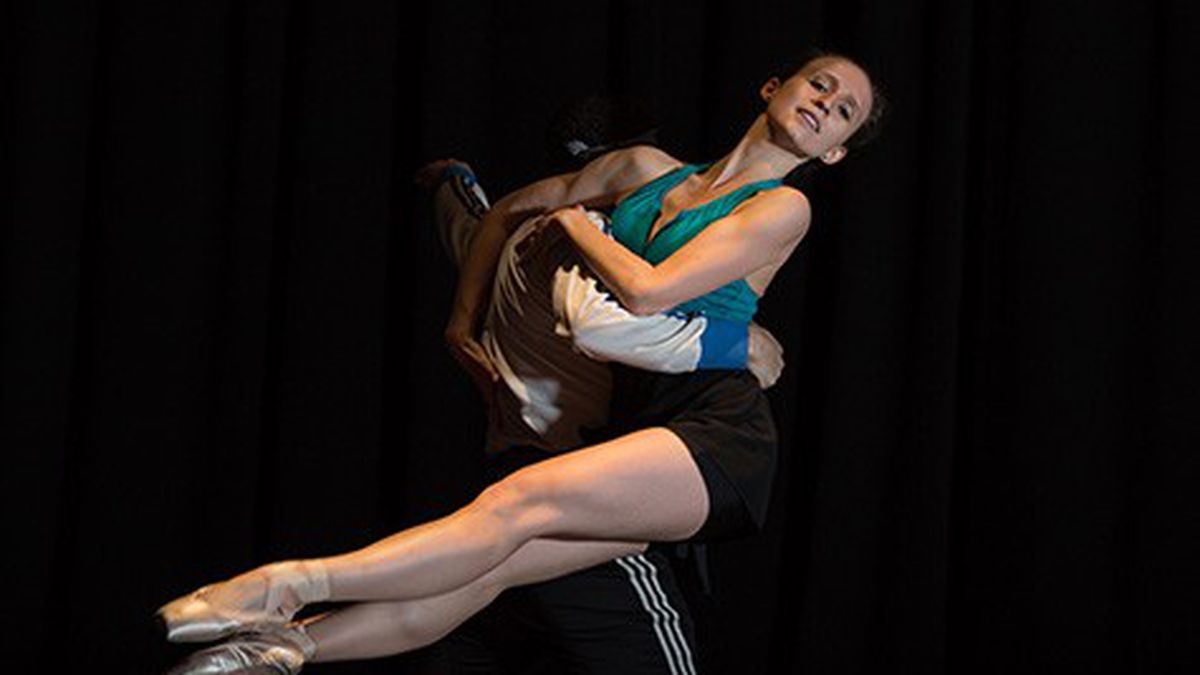 In Five Decades of Dance, the Oakland Ballet presents important works from its past alongside newly commissioned choreographies.

For his contribution to Five Decades of Dance, the May 23 performance celebrating the fiftieth anniversary of the Oakland Ballet, artistic director Graham Lustig requested costumes that reference the silhouettes of traditional ballet dancers, but possess a futuristic glow. The simple, black garments are tailored in the shapes of a tutu and suit jacket, but accentuated with LED piping that lights up in an icy blue — like clothing from a science fiction movie. The concept goes well with Lustig’s piece, which is set to a song from Max Richter’s Memoryhouse and evolves from classical ballet into contemporary choreography as the music progresses. Not coincidentally, Lustig’s piece works as a small-scale reflection of the overall theme of the night: harkening to the past while leaping into the future.

In order to celebrate the rich history of the Oakland Ballet, the full night of performances will begin with excerpts from works that punctuated milestones in the organization’s history. Most of these are early 20th century ballets, such as work by Mikhail Fokine, Léonide Massine, Vaslav Nijinsky, and Bronislava Nijinska, which the ballet originally performed when it was a young company. That includes Nijinsky’s 1912 work, Afternoon of a Faun, for which the ballet still owns a set. In the performance, a group of nymphs playfully encounter a faun, acknowledging each other coyly but never touching. At the climax, the faun — originally performed by Nijinsky — picks up a piece of a nymph’s dropped garment in a gesture thick with implicit eroticism. “This was terribly risqué at the time,” said Lustig, contextualizing the ballet’s importance, in an interview. “Crowds went ballistic.” Afternoon of a Faun is considered one of the first modern ballets, and its one of many pioneering pieces that popularized the Oakland Ballet early on, under founding director Ronn Guidi. “He was able to bring these master works to life, sometimes for the first time in America,” said Lustig. “This made the company incredibly unique and put it on the international map.”

The first act of the night will also include performances of important later works by Guidi, Carlos Carvajal, Eugene Loring, and Alonzo King. These include King’s 1999 ballet Love Dogs, set to a score by Francis Poulenc, from which two dancers will perform a duet while renowned pianist Roy Bogas plays the music. Lustig pointed out that the piece is intriguing, because it doesn’t attempt to illustrate the music through dance. “[Alonzo] wants to create something that stands alone, and alongside the music,” said Lustig. “The dancers drive each other through the music — through the choreography — and that’s very compelling to watch.”

The second half of the night will showcase newly commissioned works by Lustig, Val Caniparoli, Betsy Erickson, Michael Lowe, Robert Moses, and Amy Seiwart — all of whom were involved with the company during the beginning stages of their accomplished careers. Betsy Ericson, for example, was one of the founding members of the Oakland Ballet, and was ballet master there before moving on to serve as ballet master for the San Francisco Ballet for 23 years. Although she composed twelve works for the Oakland Ballet before she left, she’s since married and raised children, putting choreography aside. Coming back, her contribution is an intimate duet inspired by the relationship dynamics of marriage in which the dancers gracefully oscillate between expressing reliance and independence.

Although the full Five Decades of Dance will only be performed on May 23 at the Paramount Theatre (2025 Broadway, Oakland), the newly commissioned works will be performed again the next day for East Bay DANCES, at Laney College’s Odell Johnson Performing Arts Center (900 Fallon St., Oakland). This May 24 dance festival will include performances from a range of local dance companies, including AXIS, Diablo Ballet, the Turffeinz, Danse Lumiére, the Destiny Arts Youth Performance Company, Milissa Payne Project, Scratch Dance, Tessera Tribal Belly Dance, and choreographers Chloë Isabelle Bowman and Jaq Hannah Dalziel. The day aims to bring far corners of the East Bay dance community under one spotlight to learn from each other and celebrate as a diverse community. This is the festival’s inaugural year, but Lustig hopes it will grow annually, eventually involving cross-disciplinary lectures and workshops. While Five Decades of Dance reaches far back in time to contextualize Oakland Ballet historically, East Bay DANCES reaches widely around the company, to contextualize it within contemporary Oakland dance culture. Altogether, the weekend forms a full portrait of a company well worth celebrating.

From South Africa to Broaklyn