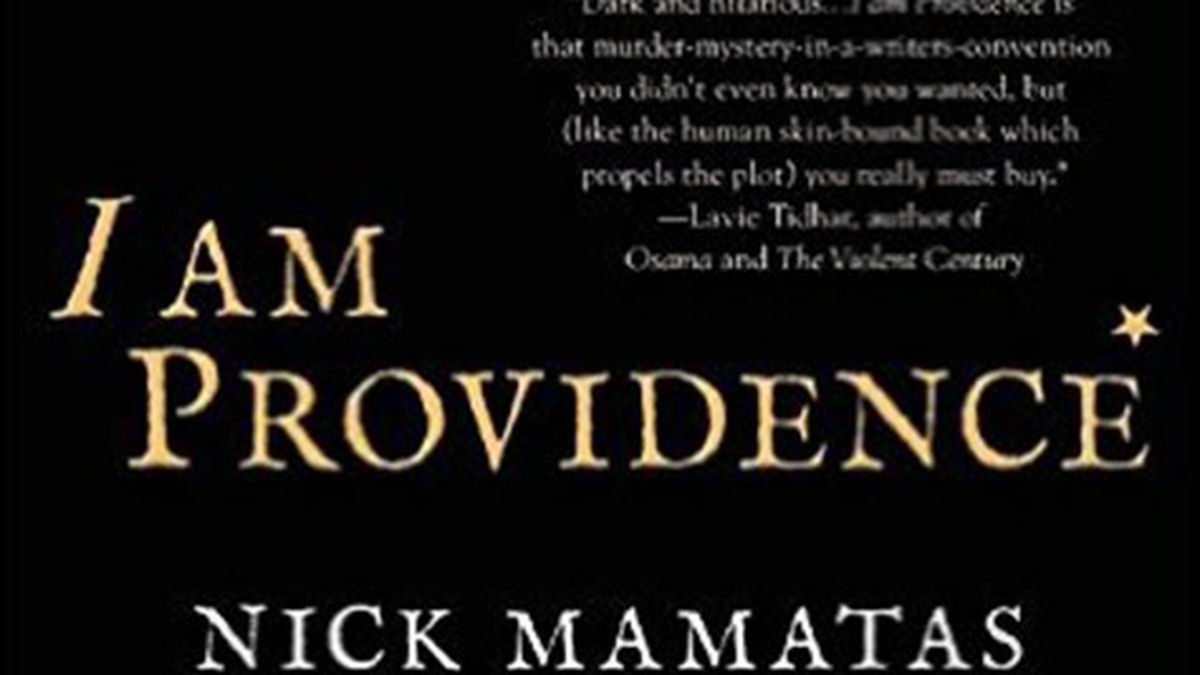 A new novel by the Berkeley author remixes the work of "pulp-writer, racist, and weirdo" H.P. Lovecraft.

From the beginning of his career, Berkeley author, editor, and anthologist Nick Mamatas has re-mixed, appropriated, and critiqued the work of “pulp-writer, racist, and weirdo” H.P. Lovecraft.

Howard Phillips Lovecraft (1890–1937) is remembered, revered, and reviled as the creator of the Cthulhu Mythos and other tales of horror and obsession. Mostly published in Weird Tales and other down-market periodicals, the Mythos stories — whose titles include The Shadow Over Innsmouth, The Colour out of Space, and At the Mountains of Madness — express a vision of an uncaring universe populated by monstrous Old Ones ready to destroy humanity on a whim. Lovecraft died in obscurity and poverty, but his work has influenced a host of writers, from Stephen King and Peter Straub to Joyce Carol Oates and Jorge Luis Borges.

As for Nick Mamatas, his first novel, Move Under Ground, found the connection between Lovecraft’s The Call of Cthulhu and Jack Kerouac’s On the Road. In 2011, The Damned Highway, which he co-authored with Brian Keene, mashed up the sensibilities of Lovecraft and Hunter S. Thompson. Mamatas has even published sufficient Lovecraftean short fiction to fill a collection: The Nickronomicon (2014).

His latest book, I Am Providence, a mystery novel with a Lovecraftian twist, will be published August 9. Set in the title city during the Summer Tentacular, a convention dedicated to its neurotic native son — H.P. Lovecraft — and his squid-faced Elder Gods, the book follows horror novelist Colleen Danzig as she attempts to solve the murder of an obnoxious fellow writer known as Panossian.

Lying in the morgue with his face removed, Panossian finds himself still inexplicably and horrifyingly conscious as his body decomposes around him. He suspects his murder is connected to a book bound in human skin — a tome that might be used by Lovecraft true-believers to summon the horrific fictional Elder God Cthulhu from the author’s novels.

Its title taken from the epitaph on Lovecraft’s gravestone, I Am Providence is vintage Mamatas: funny, compassionate, creepy, and satirical as it dramatizes the absurdities of fandom, publishing, and literary criticism.

Asked why Lovecraft remains so popular decades after his death, Mamatas said, “He’s writing about the supernatural in a way that’s not moralistic. He was science fiction, fantasy, and horror in one. He was cross-genre before cross-genre was cool.”

But Mamatas is not a wholesale fan of Lovecraft: Even the shallowest reading of the author’s work reveals its racism and xenophobia. He freely expressed disgust toward immigrants, African Americans, and working class people, and his stories brim with fear at the prospect of human devolution.

Mamatas recalled visiting the Brown University library and inspecting some of Lovecraft’s story notes. “You can see him working out his little racist ideas and being psychologically consumed by them,” he said. “He really was someone with profound mental problems.”

Mamatas opts to use it as fodder. In I Am Providence, the author makes Lovecraft’s racism explicit, as well as that of some of his fans. There’s an expedition to dig up the corpse of the author’s cat, which he named “Nigger-Man,” and Colleen accuses one of the conference attendees of wanting to have “some kind of Ku Klux Klan book club kaffeeklatsch.”

Even as Lovecraft has become enormously popular internationally and especially in Japan, Mamatas sees more readers in the US exploring science fiction and fantasy by emerging (typically less xenophobic) writers from around the globe.

Since 2008, Mamatas has worked at VIZ Media, LLC in San Francisco. As tradebooks editor, he oversees titles for the Haikasoru (“High Castle”) imprint, which publishes Japanese science fiction in English translation. Top-selling titles include Koushun Takami’s Battle Royale, the original teens-duel-to-the-death novel, and Hiroshi Sakurazaka’s All You Need Is Kill, the inspiration for the Tom Cruise film Edge of Tomorrow.

Haikasoru has also published the book that’s been called “the greatest Japanese science fiction novel of all time.”

“We had a bit of a hit with Ryu Mitsuse’s 10 Billion Days, a 100 Billion Nights, which was reviewed on All Things Considered,” said Mamatas. “Turns out a lot of people listen to NPR with their Kindles on their lap, because we saw huge spikes on that day.”

Last year, a Chinese novel in translation, Liu Cixin’s The Three-Body Problem (published by Tor Books), won the Hugo Award — one of the most prestigious science fiction awards. “That was a huge thing,” Mamatas said. Edge of Tomorrow was also nominated for a Hugo that year.

“Those were symbols, I think, of science fiction and fantasy really becoming international,” Mamatas said.

But even as science fiction rises in popularity, Mamatas prefers to stay indie and edgy. Having studied political science and media as an undergraduate before earning an MFA, he acknowledged that his political interests inform both his fiction and his choice of publishers. I Am Providence, for example, is published by Skyhorse Publishing, a small company based in New York.

“I go out of my way to publish with an independent press, as opposed to a Big Five press,” Mamatas said.

Another case in point was his Master’s thesis, the short novel Sensation, which Oakland’s PM Press published in 2011.

“It got a hugely negative review in Publishers Weekly,” Mamatas said. “A real slam that called the book ‘instantly obsolete.’ Four months after it came out, the Occupy movement happened. And the book had basically predicted it as this semi-inchoate, semi-radical, social media-driven movement of public spectacle.”

Although he has worked in multiple genres and media, Mamatas claims there is one literary form that has so far eluded him.

“What I can’t do is write a long series about characters that I love having great adventures with happy endings.”